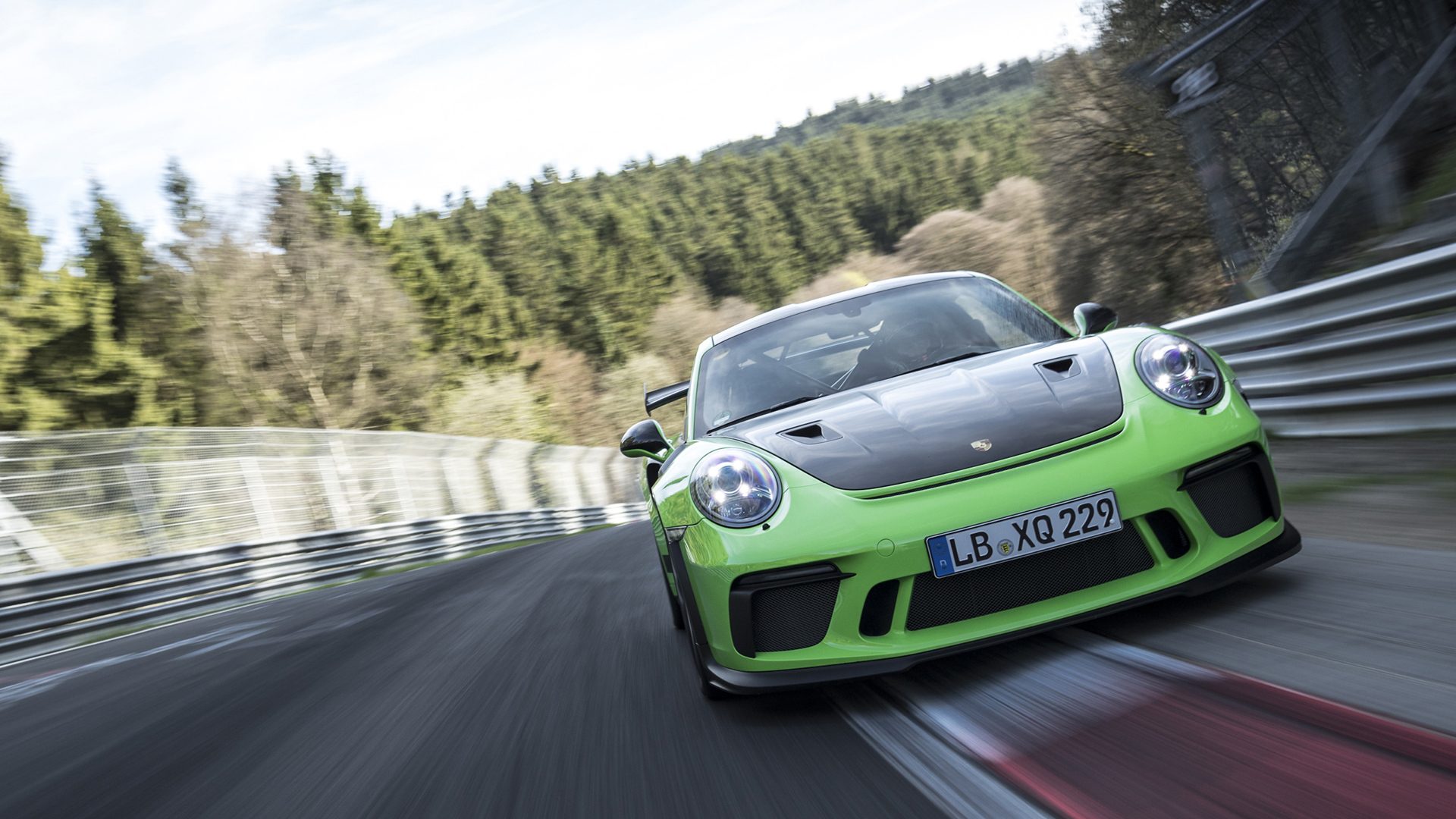 If there’s one constant in the automotive world, it’s a company’s desire to set a lap time at the Nurburgring.

This is why we weren’t at all surprised when Porsche took its newest 911 GT3 RS for a jaunt around the Green Hell. What did surprise us though is the time it did it in — a blistering 6:56.4.

This time puts it in third on the overall “leaderboard” for street-legal, production cars. It’s also in a pretty exclusive club of just five cars to break the seven-minute barrier — and Porsche makes three of them.

Yes, 60% of the world’s fastest street cars are now Porsches. This includes both the “King of the Ring” 911 GT2 RS and the 918 Spyder. For the trivia fans out there, the other two spots belong to the Italians with a pair of Lambos. 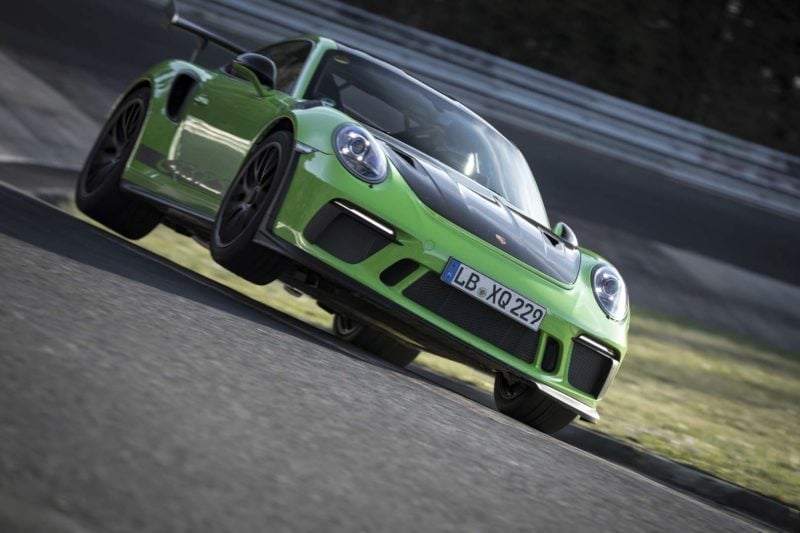 To set the time, Porsche looked to its factory racing drivers Kévin Estre and test driver Lars Kern. Both drivers took two laps around the track to see which one could master the Nordschleife the quickest. All four laps came within a few tenths of one another, but in the end, Estre set the official time.

Estre had this to say about the lap in the press release from Porsche:

“This lap was a sensational experience for me. Through the fast corners and on the brakes, in particular, the GT3 RS is unbelievably close to our racing GT3 R. This is also thanks to the new generation of tires for road-going sports cars. I like the engine of the GT3 RS a lot. Up to 9,000 RPM from a six-cylinder engine just feels fantastic. The sound is a dream and the torque is massive.”

Those new generation tires? They’re the recently released Michelin Pilot Sport Cup 2 R. Made with track day use in mind, the tires are incredibly sticky but also completely legal for road use in both Europe and the US.

Like most ‘Ring times, the tires are often one of the most scrutinized things too. While you can’t actually buy a GT3 RS with those exact tires currently, they are coming to a Porsche dealer soon.

If you want to watch the impressive run yourself, you can check it out below:

As Porsche’s attention seems to be on the Nurburgring right now, we wonder when the 919 Evo will make an attempt…