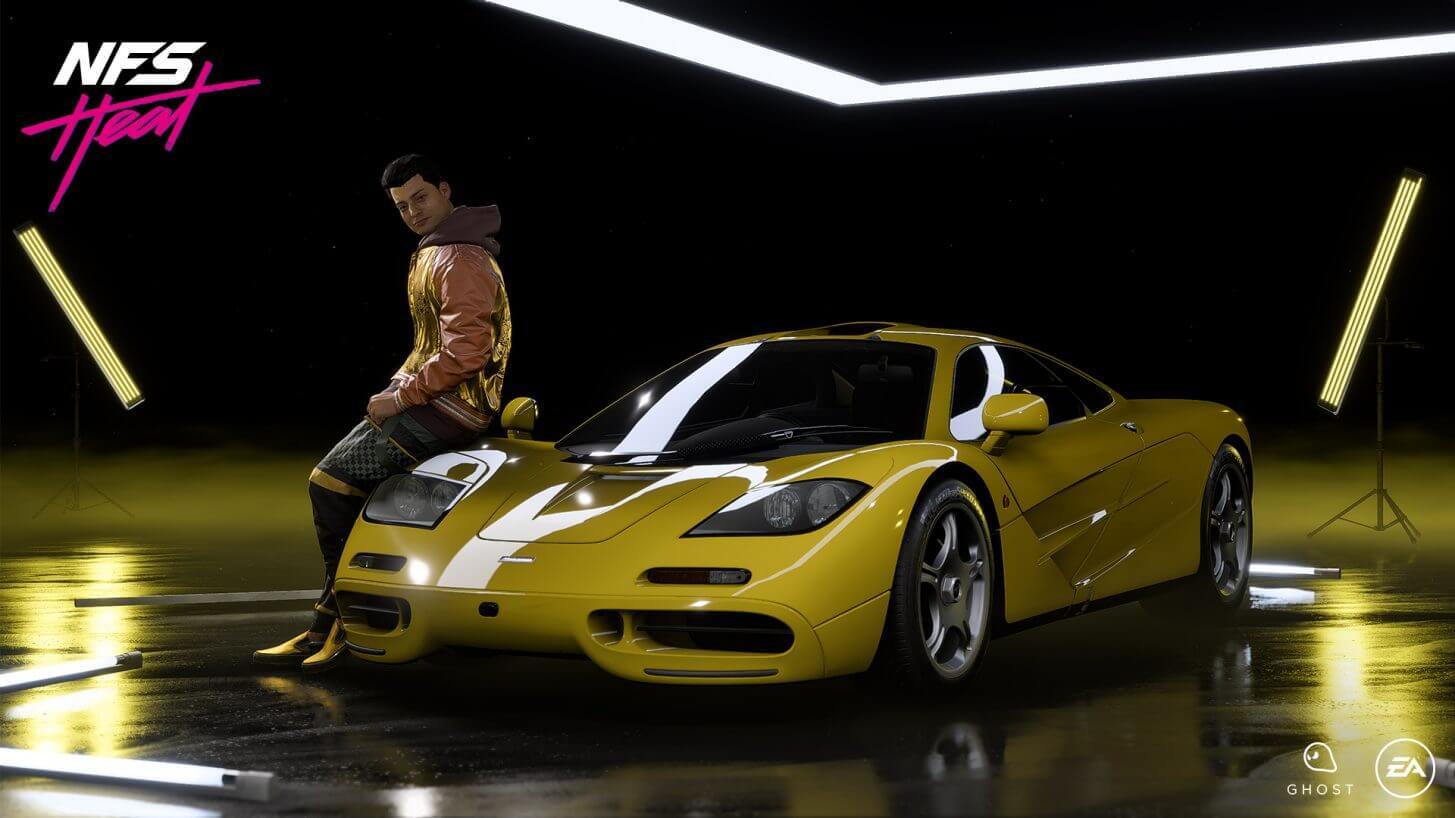 Those worrying that the shift in developer for Need for Speed, from Ghost to Criterion, might mean an end to support for Need for Speed Heat need worry no more. A new update arrives in for the game this week, adding a new game mechanic, some quality of life changes, and a bunch of new cars.

Scheduled for March 3, the update is set to introduce new vehicles for the first time, and there’s a dedicated new game mode and story to incorporate them into Heat. Black Market Delivery will allow players to pick up new cars in a special side storyline that introduces a new character called Raziel.

Raziel operates an illegal import/export service down at Port Murphy, on the south-west part of the map. Head down to his offices and Raziel will set you on a few errands, rewarding you with new customization parts for your cars. You’ll be able to replay the events afterwards too.

To start with there’ll be two new cars in your shipping container. The first is free to all players, and is a variant of an existing car in the game. This is now confirmed as the Aston Martin DB11 Volante. Aston’s flagship grand tourer is already in the game in coupe form, but the Volante adds some drop-top cool into the Florida-esque landscape.

In addition, there’s some subtle changes to the games UI. The new item feed is gone, replaced by a yellow banner denoting new parts. You’ll find some new vanity customization items, including the ability to change the color of your exhaust backfire, and there’s new race intro and victory sequences.

We’ll find out more about the update in due course.

Andrew Evans · Mar 2, 2020· Comments
Need for Speed Heat fans could be excused for some conflicting emotions this week, as Criterion Games has revealed support for the popular title is about to end.

Michael Leary · Mar 2, 2020· Comments
The first Need for Speed: Heat update of 2020 is here. With it comes new features, quality of life updates, and bug fixes. Let’s take a closer look at what the update brings to the table when it is released at 09:00 GMT on January 28.

Andrew Evans · Mar 2, 2020· Comments
If you’re anything like us, you’ve been putting some time into Need for Speed Heat recently. While not exactly the most faithful driving simulation out there, there’s something that’s just… fun about tanking around a fictional Florida in an outrageously body-kitted Ford GT. Except when a cop in a Rhino smashes you so hard you go back to the 8-bit gaming era.

Andrew Evans · Mar 2, 2020· Comments
The latest update for Need for Speed Heat has arrived, and answered one of the biggest questions from fans.

Andrew Evans · Mar 2, 2020· Comments
A quarter of a century. That’s how long Need for Speed has been part of the gaming landscape. In fact the original game — The Need for Speed — predates the PlayStation itself by three months, and initially launched on the 3DO console. If you remember that, you’re showing your age.

Andrew Evans · Mar 2, 2020· Comments
When the official first trailer (and name) for Need for Speed Heat dropped in August, it was very difficult to miss the car taking center stage. Leading much of the chase action, and highlighting the game’s customization options, was a heavily modified Polestar 1.

Michael Leary · Mar 2, 2020· Comments
Need for Speed Heat continues to be a hot topic this week (pun intended). A new video from this year’s Gamescom shows off an all-new feature that’s sure to perk up one’s ears.