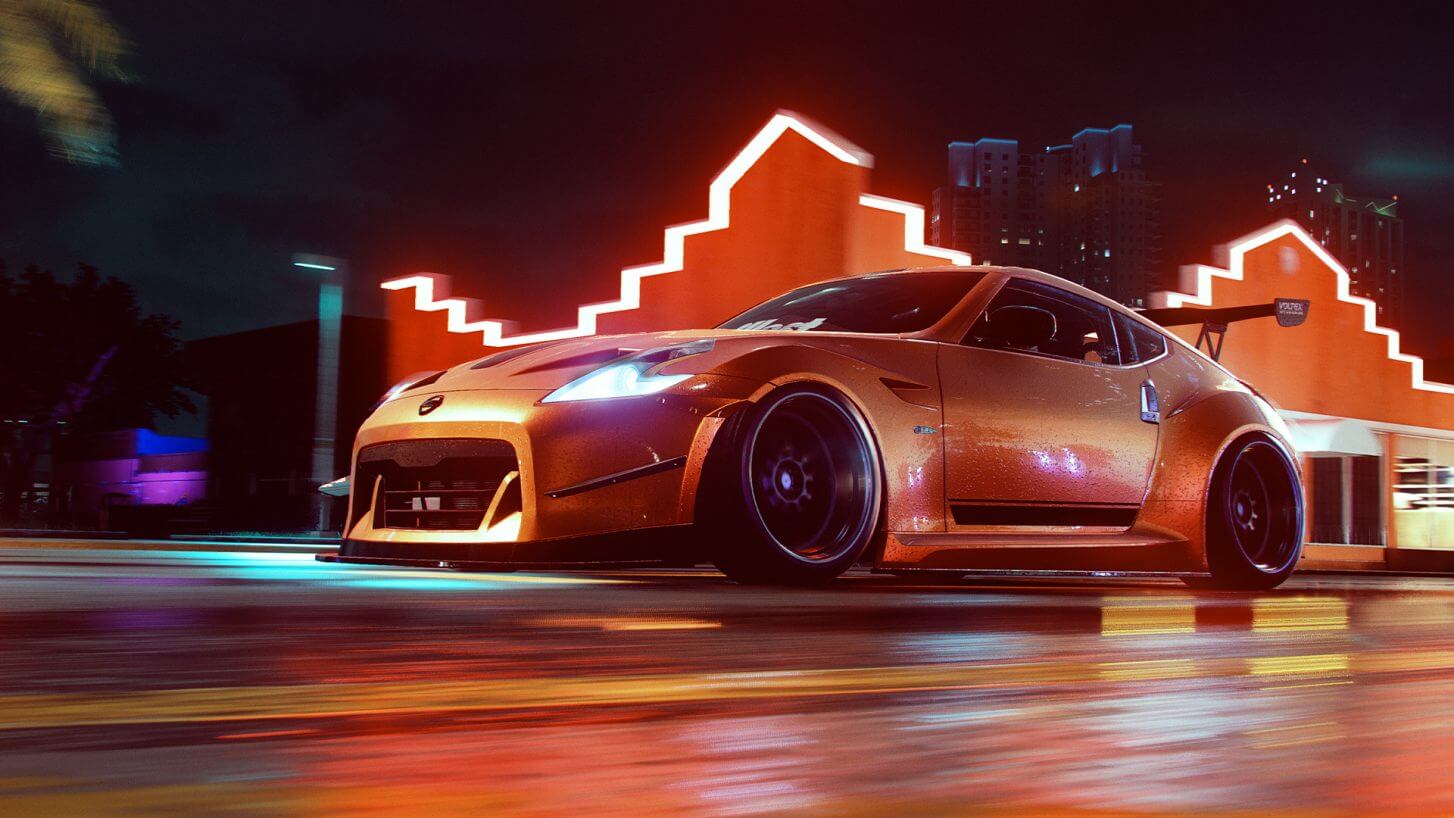 The latest game in the enduring street racing series Need for Speed will be landing on game shop shelves, doormats, and online stores today.

Need for Speed Heat returns players to the mean streets of Palm City — inspired by Miami. By day, you’ll be a street racer involved in officially sanctioned events to earn cash, but by night you’ll be going against the law to build up your reputation. You can spend both currencies to modify your car with new parts, or pick up new rides altogether from the game’s 127 cars.

Of course not everyone will be too happy with your night-time escapades, least of all Lieutenant Mercer of the Palm City PD’s anti-street racing task force. Attract too much attention — the eponymous Heat — at night, and Mercer’s crew will try to smash you off the roads with armored Rhino trucks. The more Heat you get, the more aggressive the cops get, but also the more you build your reputation.

Heat wouldn’t be a Need for Speed game without customization. You’ll be able to tune your cars for the racetrack or off-road, or set up a drift special. Engine and exhaust swaps allow you to change the car’s sound, and of course there’s visual mods like decals, wraps, underbody lights, and huge bodykits.

Personalization applies to your avatar too. Ghost Games has worked with lifestyle clothing and accessory brands to allow players to kit their characters out to match their cars. There’s a soundtrack to match too, including artists like Kendrick Lamar, Post Malone, and YBN Cordae.

The game also supports a multiplayer mode that allows you to join with up to 15 other players to make a crew. You’ll be able to see members of your crew whenever you’re in multiplayer mode and join in with their events.

There’s 42 Achievements/Trophies (43 if you include the Platinum) to go for in the game. As usual, our forums will already be full of hints and tips on how best to get them, and tactics to get you through the game’s story mode.

Need for Speed Heat is available now on PS4, Xbox One, and through Origin on PC.

Andrew Evans · Nov 8, 2019· Comments
Need for Speed Heat fans could be excused for some conflicting emotions this week, as Criterion Games has revealed support for the popular title is about to end.

Andrew Evans · Nov 8, 2019· Comments
Those worrying that the shift in developer for Need for Speed, from Ghost to Criterion, might mean an end to support for Need for Speed Heat need worry no more. A new update arrives in for the game this week, adding a new game mechanic, some quality of life changes, and a bunch of new cars.

Michael Leary · Nov 8, 2019· Comments
The first Need for Speed: Heat update of 2020 is here. With it comes new features, quality of life updates, and bug fixes. Let’s take a closer look at what the update brings to the table when it is released at 09:00 GMT on January 28.

Andrew Evans · Nov 8, 2019· Comments
If you’re anything like us, you’ve been putting some time into Need for Speed Heat recently. While not exactly the most faithful driving simulation out there, there’s something that’s just… fun about tanking around a fictional Florida in an outrageously body-kitted Ford GT. Except when a cop in a Rhino smashes you so hard you go back to the 8-bit gaming era.

Andrew Evans · Nov 8, 2019· Comments
The latest update for Need for Speed Heat has arrived, and answered one of the biggest questions from fans.

Andrew Evans · Nov 8, 2019· Comments
A quarter of a century. That’s how long Need for Speed has been part of the gaming landscape. In fact the original game — The Need for Speed — predates the PlayStation itself by three months, and initially launched on the 3DO console. If you remember that, you’re showing your age.

Andrew Evans · Nov 8, 2019· Comments
When the official first trailer (and name) for Need for Speed Heat dropped in August, it was very difficult to miss the car taking center stage. Leading much of the chase action, and highlighting the game’s customization options, was a heavily modified Polestar 1.

Michael Leary · Nov 8, 2019· Comments
Need for Speed Heat continues to be a hot topic this week (pun intended). A new video from this year’s Gamescom shows off an all-new feature that’s sure to perk up one’s ears.