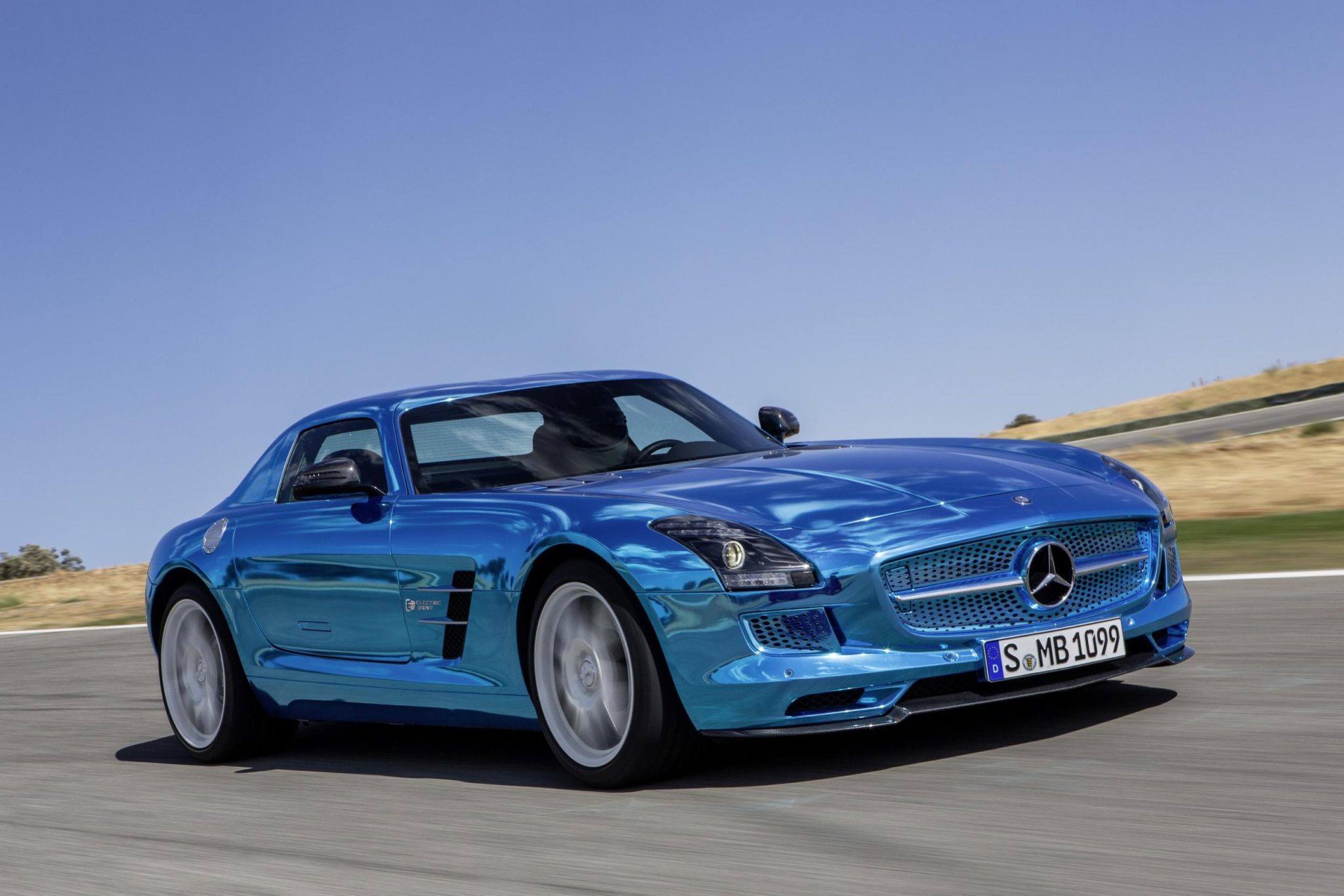 Petrol enthusiasts might feel like they’re under perpetual attack from the hum of electric motors at the moment.

Prepare to shed one more tear for the piston then, as one of the great names in performance cars is looking at volts rather than valves.

AMG, now the in-house tuning arm of Mercedes, is turning its attention to electric cars. In an interview with Autocar, AMG’s director of vehicle development, Drummond Jacoy, admitted that the brand will have to reinvent itself:

“It’s obvious we’re not going to make the world happy with V8s for the next 200 years, and AMG has shown in the past, with the electric SLS years ago, that it has capabilities in all-electric drive. That was a very impressive vehicle for its time and we’ve nurtured that technology and the learning we have from hybrid vehicles.”

Having made its name as a company that fits large capacity, race-ready engines into Mercedes models, it’s an incredible change of direction. Although AMG did help develop its own SLS into an electric vehicle, its expertise has always been in valves rather than volts.

It’s a change of necessity, however. As AMG is now in-house, it can only work with what Mercedes produces. With its parent company developing electrified vehicles, AMG must adapt:

“As soon as Mercedes starts a car, we’ll look at what we can do. We’ll have to reinvent ourselves there obviously, because the sound of a V8 is not going to be there if it’s a pure-electric vehicle. It’s not starting from scratch, but we’re going to have to look at what the AMG story is with an electric vehicle.”

Performance car enthusiasts need not despair though. AMG’s first electrified project is Mercedes’ “Project One”. This F1-derived hypercar will challenge the Aston Martin Valkyrie as the most extreme road car in the world when it arrives in 2018.