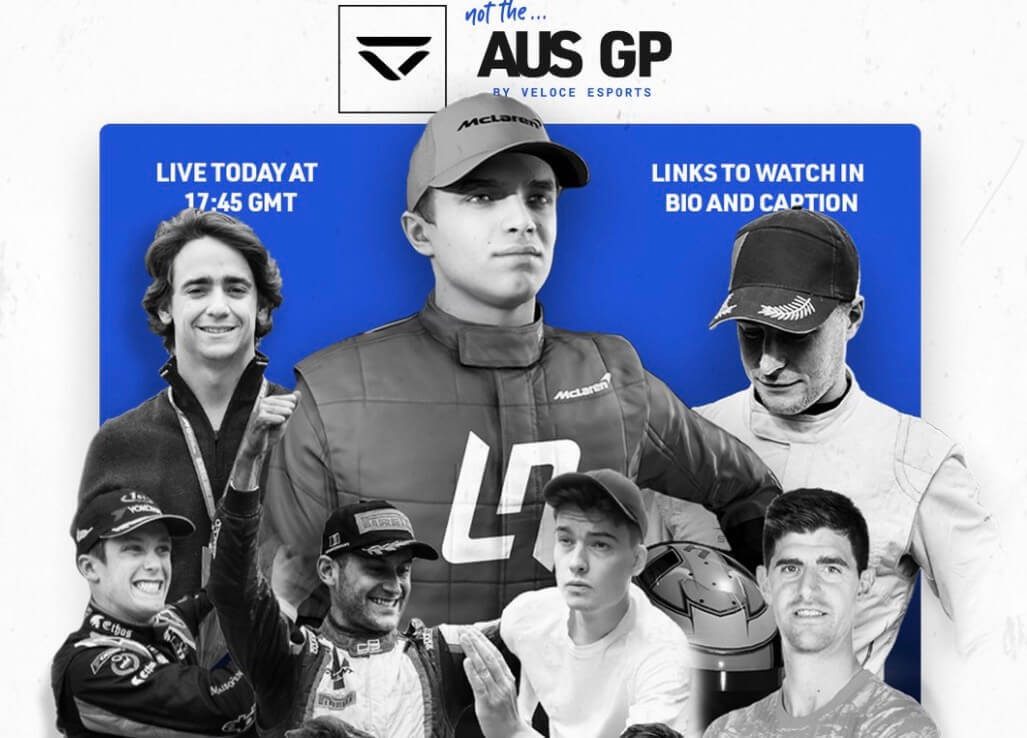 As the world faces the increasingly grim threat of the coronavirus, a bright spot of joy popped up this weekend thanks to sim racing. Two major events were hastily organized in just a few days: Veloce Esports’ “#NotTheAusGP” and Torque Esports’ “All-Star Esports Battle”, both of which we detailed in our preview article.

With so many big names taking part, so much pent-up demand for racing, and seemingly everyone around the world quarantined at home, the stage was suddenly set for an unprecedented day in the world of sim racing. Viewers tuned in to watch, delivering live stream numbers the likes of which racing esports has never seen before.

Lando alone attracted more than 70,000 live viewers on Twitch, making him one of the most-watched streamers on the entire platform. Veloce’s official broadcast attracted another 30,000, Jimmy Broadbent contributed another 15,000, F1 streamer “Tiametmarduk” (Benjamin Daly) another 10,000, “Super GT” (Steve Brown) another 6,000, and several thousand more viewers from the likes of “TRL Limitless” (James Doherty) and Aarav “Aarava” Amin on YouTube.

Although it’s difficult to accurately count the peak number of live viewers across so many different streams (those were the numbers seen near the end of the race) on so many different platforms, a conservative estimate shows over 130,000 people around the world were watching sim racing at the same time.

Of course, the unprecedented circumstances around the world this weekend made these numbers possible. Although there is nothing positive about the coronavirus pandemic, it is encouraging to see so many people turn towards sim racing in these troubled times.

Hopefully, with this positive exposure, the momentum from today’s event can help propel racing esports into the mainstream as viewers realize how fun and entertaining it can be to watch. Congratulations — and thank you — to all the organizers and participants who helped make today’s show possible!