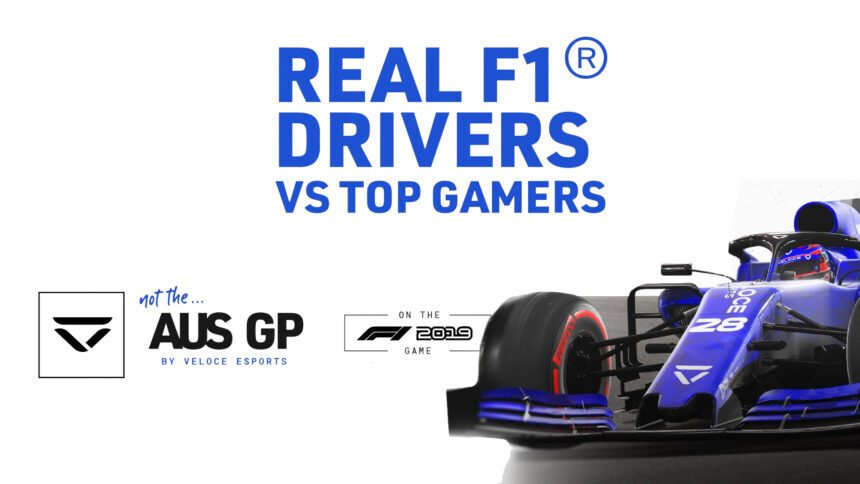 The cancellation of at least four of this season’s Formula One grands prix so far might have put a bit of a dent in a few schedules. Not only is there not much racing to watch, the drivers are at a loose end too. Fortunately, esports is filling the gap, with two events running this Sunday featuring some of the biggest names in motorsport.

Taking the brief quite literally is “Not the Aus GP”. This event will be run by Veloce Esports, who you may recall won the Le Mans Esport Series last summer. Racing at the Melbourne venue of the Australian Grand Prix, but using F1 2019, Veloce’s event counts real F1 drivers, esports pros and even a goalkeeper in the driver lineup.

The F1 Esports series has heavy representation too. Aarav “Aarava” Amin, the team principal of Alfa Romeo’s F1 Esports team will race, along with driver Dani Bereznay who finished 3rd in the 2019 series. Renault Team Vitality’s coach James Doherty is also on the grid, joined by drivers Jarno Opmeer — 4th in 2019 — and Simon Weigang.

Neither Jimmy Broadbent nor Steve “SuperGT” Brown need much introduction to racing game fans. They’ll be accompanied by another YouTuber, William “WillNE” Lenney. One surprising name on the list is Thibaut Courtois, the goalkeeper for Real Madrid and formerly Chelsea. Last, and definitely not least, is the World’s Fastest Gamer, James Baldwin.

The racing gets underway at 1745 UTC, and you can watch it live below:

Also running an alternative race is Torque Esports. Although we don’t know the exact format of that event just yet, other than it involving rFactor 2 and a mystery circuit, the “All-Star Esports battle” is similarly packed with famous names from physical and virtual motorsport. Joining Red Bull Racing’s Max Verstappen, and Miami’s Fastest Gamer (and Monaco Grand Prix winner) Juan Pablo Montoya, are a host of Formula E drivers.

Antonio Felix da Costa, Max Gunther, Neel Jani, Nelson Piquet Jr., and Felix Rosenqvist will all take part. Simon Pagenaud and Will Power, both winners of the Indy 500 like Montoya, will race too, along with 2017 and 2018 F1 Esports champ Brendon Leigh. Jimmy Broadbent will have a busy Sunday too, as he pulls a double duty and joins in the racing.

Further drivers have endured a qualifying session, and we’ll see some of them taking part too. That includes GT Academy winner Marc Gassner, and WFG and McLaren Shadow finalist Erhan Jajovski. The All-Star Esports battle gets underway slightly earlier at 1300 UTC, and you can watch below:

Of course if you prefer to take part, rather than just watch, GTPlanet’s Weekly Race Series continues unabated. 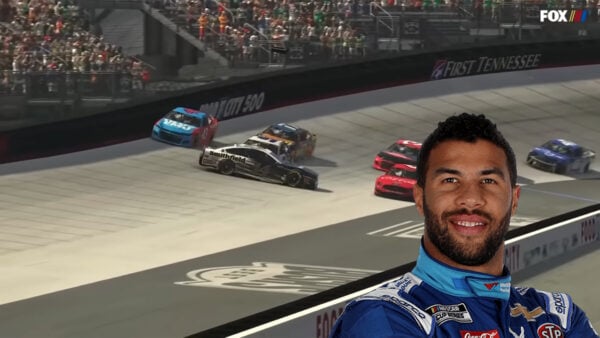 Esports 120 Apr 6 by Andrew Evans
NASCAR Series partner Blue-Emu has terminated its sponsorship of Cup Series driver Bubba Wallace in a truly bizarre set of circumstances. Up to 2015, Blue-Emu — an emu oil joint…

Esports 14 Apr 3 by Andrew Evans
Once again the virtual motorsport world is filling in this weekend for where the real-world can’t. With large events and gatherings on a pause for the near future, drivers and…

Esports 13 Mar 27 by Andrew Evans
Since most of the motorsports calendar has gone down the drain for 2020, esports has filled the gap. We’ve seen a number of series spring up — some official, some…