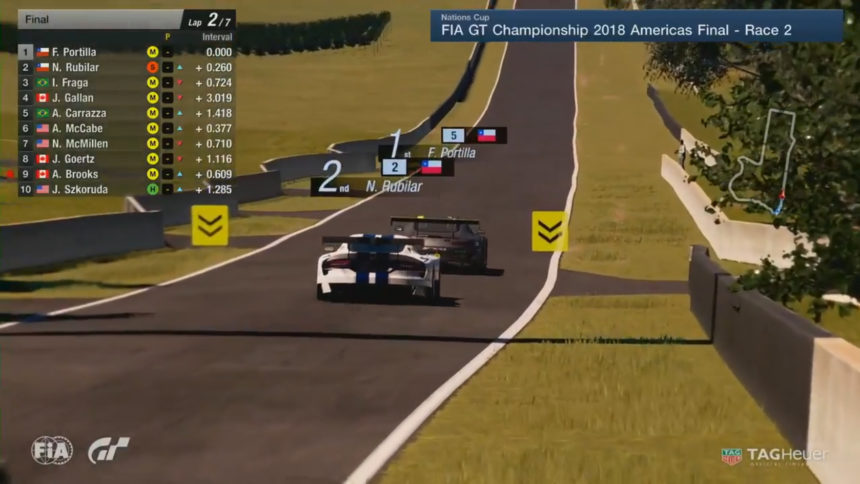 If you’ve been keeping one eye on GT Sport‘s Regional Finals in October, you’ll have noticed a significant difference in the races.

Although the drivers are among the top players in the world, inevitably mistakes will happen. When they do the game, or the stewards in these live events, will hand out time penalties. In Sport Mode races to date, players have been able to scrub the penalties by strategically backing off the throttle. That’s meant that players could drive a whole race with a small penalty from early on and slam the anchors on at the finish line.

At the Regional Finals we’ve seen a different mechanism: Penalty Lines. The Penalty Line is a part of every track, usually just at the start of the track’s longest straight, that marks a compulsory zone for serving a penalty. Should any player have a penalty to serve, their car will automatically slow down and ghost as soon as they reach this line. Once the penalty reaches zero, they can continue driving. 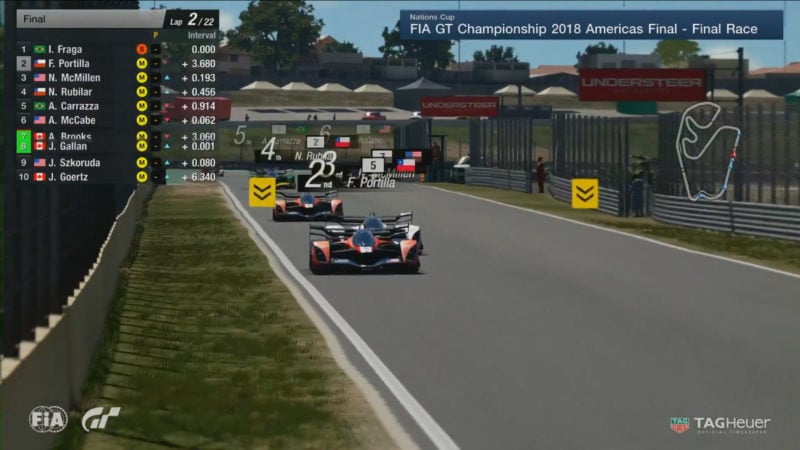 Following the November content update, Polyphony Digital will introduce the Penalty Line system to all FIA races. The first races to feature the system will be Round 3 of the current FIA Gran Turismo Championship Exhibition Series, on November 7.

According to Polyphony Digital, the system will also appear in Daily Races, although it’s unclear when this will start. There’s no information yet on whether it will appear as an option for private lobbies.

Once the system arrives, players will no longer be able to serve their own penalties. Instead, they will serve them automatically at the Penalty Line — marked by arrows in yellow boxes either side of the circuit. There may be up to four Penalty Line zones on any circuit.

While your car will ghost for the duration of your slow down, Polyphony Digital advises that you should also get off the racing line. The official release states that if another car strikes you from behind as a result of unghosting from serving the penalty, the game will deem the incidents to be your fault…

Gran Turismo Sport 517 Apr 12 by Andrew Evans
A new week means a new set of GT Sport Daily Races to get to grips with, and this week’s trio of events brings a mixture of pace to satisfy…

Gran Turismo Sport 517 Apr 5 by Andrew Evans
There’s a fresh set of GT Sport Daily Races now available, with players taking race cars — albeit in name alone in one case — to three of the game’s…