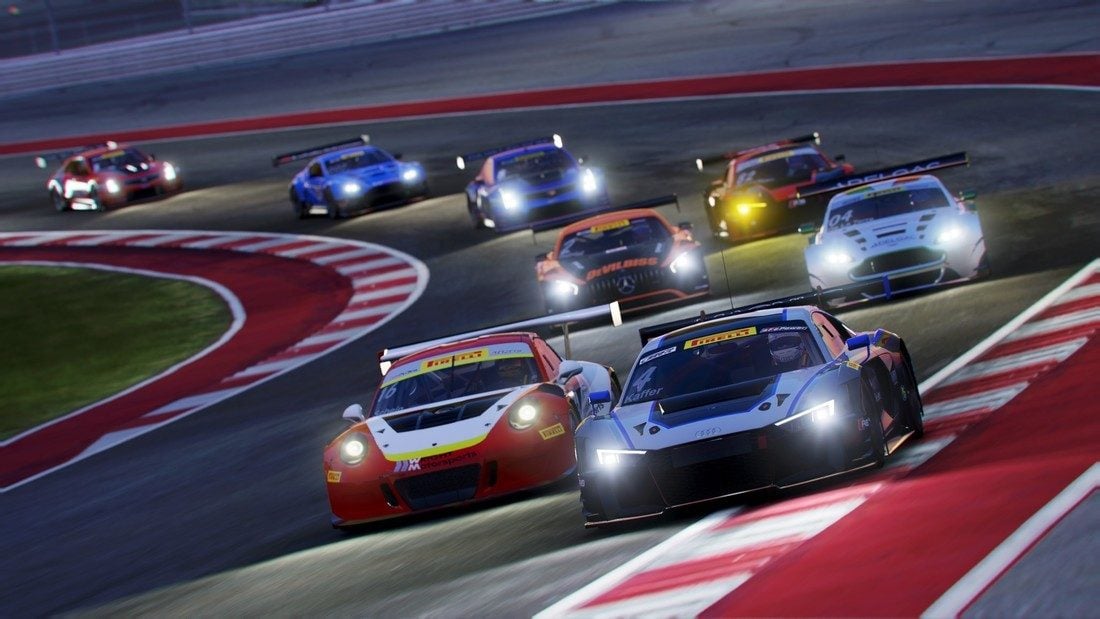 With less than a week until the release of Project CARS 2, Slightly Mad Studios has confirmed the Pirelli World Challenge will be coming to the game.

The announcement comes as part of a partnership between SMS and Pirelli to bring America’s top GT series, as well as Pirelli’s motorsport technology, to the virtual world.

Players will find the the PWC series as part of the game’s Career Mode. It will feature all the current GT3 cars from the 2017 season, complete with licensed liveries. The track list also features five of the eleven circuits featured on the current series calendar; including Long Beach, Laguna Seca and Road America.

“We have been working with Project CARS 2 for many months. We believe that the opportunity for our Pirelli World Challenge fans to become fully immersed in their favorite cars and tracks experience will lead to new ventures that the fans and series can look forward to. We are excited for the introduction of the Project CARS 2 game with our PWC cars in action.”

As well as bringing the World Challenge series to the game, Pirelli’s technical partnership with SMS focuses on the game’s overhauled tire model. Pirelli’s insight into tire technology should help the physics of Project CARS 2 feel more realistic than ever before.

Mario Isola, Pirelli’s Head of Car Racing spoke positively of the partnership, stating that one of the key elements was ensuring the simulation of Pirelli tires in-game matched their real world tires.

Be sure to stay tuned for more news in the lead-up to release day. For our thoughts on the lastest build, check out our hands-on preview.

Project CARS 2 launches on September 22 for Playstation 4, Xbox One and PC.

Gary Slater · Sep 16, 2017· Comments
Racers on Xbox One can look forward to a titan of a racing game this April as part of Microsoft’s monthly “Games With Gold” program. Previous big-name titles that have gone free as part of Games with Gold include Forza Motorsport 6 and its open-world counterpart, Forza Horizon 2.

Kyle Patrick · Sep 16, 2017· Comments
The premiere yearly Project CARS 2 esport series is back for 2019. There’s €20,000 in prize money up for grabs, and the return of fan-favorite multi-class racing.

Kyle Patrick · Sep 16, 2017· Comments
Has it been a year already? Project CARS 2 celebrated its first anniversary recently. To get in on the festivities, we’re invited the community to share its best memory of the game in photo form!

Kyle Patrick · Sep 16, 2017· Comments
If you loaded up Project CARS 2 earlier today — and you’re in Australia — you may have noticed a rather large update available. Weighing in at 4GB or so depending on platform, the size and timing make it clear: the horses are coming.

Kyle Patrick · Sep 16, 2017· Comments
All the pretty horses. With news of a certain Prancing Horse marque’s upcoming DLC popping up over the weekend, we thought it was high time to focus on Ferrari in this, our latest Project CARS 2 Photo Mode Competition.

Kyle Patrick · Sep 16, 2017· Comments
Things have been a little quiet on the Project CARS 2 front of late. Luckily that’s come to an end, after the Xbox Store inadvertently released a trailer for the game’s next DLC pack.

Kyle Patrick · Sep 16, 2017· Comments
Have we really hit 20 iterations of our modern photo mode competitions? To celebrate, we’re casting a wide net this round, eschewing a theme to find the best shots out there.