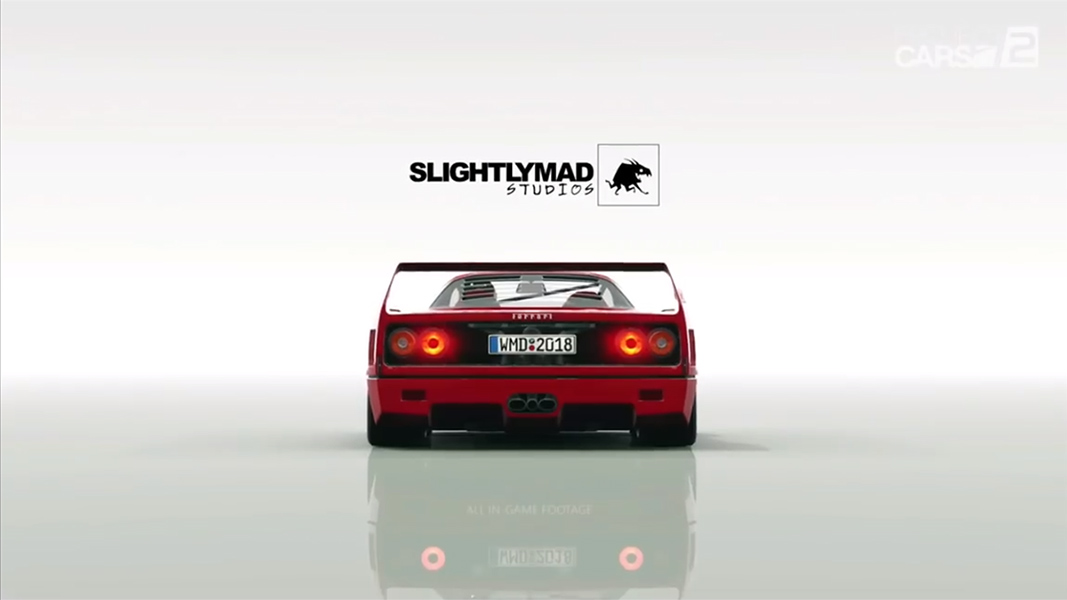 Things have been a little quiet on the Project CARS 2 front of late. Luckily that’s come to an end, after the Xbox Store inadvertently released a trailer for the game’s next DLC pack.

Thanks to a leak right around the game’s launch almost exactly a year ago, we’ve known the fourth DLC pack would focus on Ferrari. The new video shows up on the Project CARS 2 Xbox Store landing page, and one quick-acting YouTube member has already uploaded it:

The video confirms the earlier leaked vehicles, of which there are eight:

The surprise is the 250 GT — arguably the best-looking of the 250-series cars. The previous leaks showed the 488 Challenge, though that came as a free addition earlier this year.

Even better, the Ferrari Essentials pack will seemingly add two new tracks to the Project CARS 2 roster. It’s already the best lineup of circuits of any modern racer, so the inclusion of Mugello and Fiorano certainly sweetens the pot.

Mugello is a 3.26-mile ribbon featuring 14 corners, located in Tuscany, Italy. Built in the early 1970s, its a high-speed track with the highest FIA rating, meaning that while it’s never hosted an F1 race, it could. All teams used it for testing prior to the 2012 season, however. Scuderia Ferrari owns Mugello, which explains its inclusion here.

Fiorano needs little introduction. Ferrari’s own test track acts as a gauntlet for all its cars, both road and track. Measuring in at only 1.8 miles, it too packs in 14 corners. It continues the unusual (but welcome) trend of Slightly Mad Studios including test tracks in Project CARS 2. The game launched with Mercedes’ Northern Circle test track, while the Porsche Expansion in March introduced the German marque’s Leipzig circuit.

Unfortunately, there’s no release date in the trailer. We expect the pack to land at some point during this month, however. Could it be right around the time of the game’s first anniversary on September 22? Stay tuned — given this leak, it shouldn’t be long until we find out!

Thanks Divaldo for the tip!

Gary Slater · Sep 1, 2018· Comments
Racers on Xbox One can look forward to a titan of a racing game this April as part of Microsoft’s monthly “Games With Gold” program. Previous big-name titles that have gone free as part of Games with Gold include Forza Motorsport 6 and its open-world counterpart, Forza Horizon 2.

Kyle Patrick · Sep 1, 2018· Comments
The premiere yearly Project CARS 2 esport series is back for 2019. There’s €20,000 in prize money up for grabs, and the return of fan-favorite multi-class racing.

Kyle Patrick · Sep 1, 2018· Comments
Has it been a year already? Project CARS 2 celebrated its first anniversary recently. To get in on the festivities, we’re invited the community to share its best memory of the game in photo form!

Kyle Patrick · Sep 1, 2018· Comments
If you loaded up Project CARS 2 earlier today — and you’re in Australia — you may have noticed a rather large update available. Weighing in at 4GB or so depending on platform, the size and timing make it clear: the horses are coming.

Kyle Patrick · Sep 1, 2018· Comments
All the pretty horses. With news of a certain Prancing Horse marque’s upcoming DLC popping up over the weekend, we thought it was high time to focus on Ferrari in this, our latest Project CARS 2 Photo Mode Competition.

Kyle Patrick · Sep 1, 2018· Comments
Have we really hit 20 iterations of our modern photo mode competitions? To celebrate, we’re casting a wide net this round, eschewing a theme to find the best shots out there.

Kyle Patrick · Sep 1, 2018· Comments
We’re back! With this, our latest Project CARS 2 photo mode competition, we’re celebrating one of the most famous circuits in the world of motorsports.