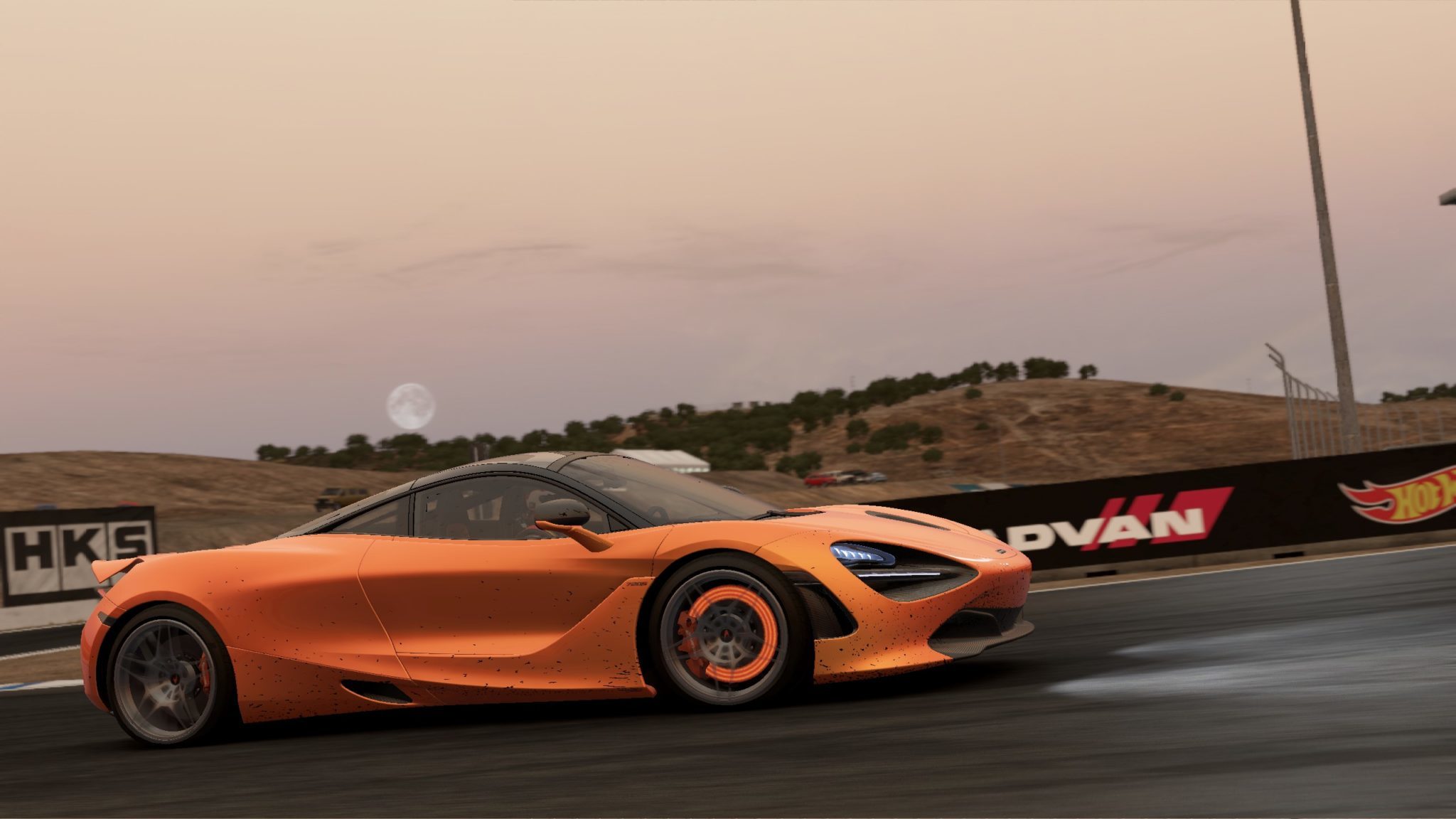 When Project CARS 2 releases this month, it kicks off a blockbuster season of this year’s most anticipated racing games. While we played the game at this year’s E3 (read our thoughts here), the game’s publisher (Bandai-Namco) recently gave us another go-round with the PC media preview build before the final release September 22.

Project CARS 2 has a lot riding on its promises in the racing game genre. Slightly Mad Studios has addressed many of the criticisms of the outgoing game and it goes without saying it’s proud of the second installment. So much so, the developer outright states the competition is playing catch up with PCARS2. While everything revealed thus far sounds fairly impressive, does the game deliver on its promises?

Compared to the original game, the answer is resoundingly positive. The second installment takes the original and improves it in just about every way. All it takes is one race in the game’s myriad available weather and time options for a feeling of immersion. 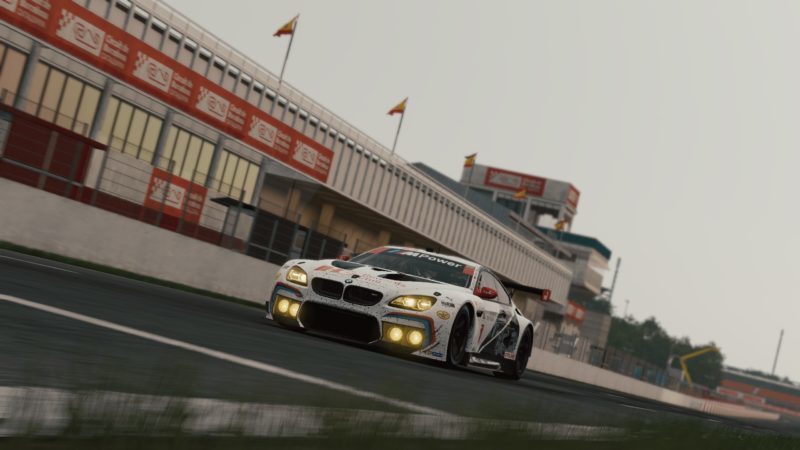 With controller in hand, Project CARS 2 feels fantastic. Playing the previous installment with anything but a dedicated steering wheel felt like a chore, but the second game rights that wrong. Controller play is comfortable and feels very natural which is a tad ironic as using a steering wheel feels off. We can’t put our finger on it, but we much preferred using a pad this time around.

The one thing we were able to identify was an issue with wheel play while barreling down a straight. On the G27, it was a large amount of play around the dead-ahead: about 20-30 degrees’ worth, in either direction. Just as with its predecessor, we suspect a little fine-tuning will negate the issue.

We also spent some time with the preview build using the CSL Elite PS4. It didn’t have the deadzone in the middle, but — at first — it did feel far too light. We did the same test we tried at E3 with our hands-on impressions in June: we took a Ferrari 488 GT3 to Algarve and aimed it at the big yellow sausage curbing. Just as it did then, the wheel barely responded. Uh oh.

As it turns out, this isn’t necessarily a wheel issue, at least not solely. We brought our concerns up with the Bandai-Namco team, and they mentioned that during development, SMS found the 488 had quite a light helm in terms of GT3 cars. Sure enough, we took the other mid-engined options around (the R8 and Huracan) and they were better.

For our tastes, they still felt a little light however. Thinking about fine-tuning the FFB settings in-game (instead of through the CSL itself), we had flashbacks to the arcane menus found in PCARS1. Thankfully, those are a thing of the past, as SMS has simplified the Configuration and Force Feedback menus.

We dropped into both and were quickly able to suss out a profile that felt much more up our alley. There are now help messages explaining exactly what the settings actually do, and even better, they’re available while you’re on track testing. This meant we could fiddle, drive, pause, and fiddle some more. In the end, we settled on a profile that felt great, especially with GT3s and the old LMP900 cars.

But surprisingly, our time with controller is what kept us coming back for more. There are three driving assists options available in the game: Off, Full and Authentic.

Off is fairly self-explanatory. It’s just you, the car and track with nothing preventing the driven vehicle from leaping over a barricade. Full turns every driving assist on — anti-lock brakes, traction and stability control — with the option to adjust everything as you go. Authentic is a familiar option to Assetto Corsa players that enables driving assists relative to the driven vehicle.

For seasoned racing game veterans, the learning curve is small but noticeable. Newcomers will have a steeper climb but will feel right at home as there are number of options to ease into. There’s a very real feeling of when the car goes over the limit, and once you’ve lost it there’s no coming back. A number of times we found ourselves driving too hard with ice cold tires. When exiting pit lane, take it easy during the out lap and work some heat into the tires — learn from our mistakes.

One troublesome bug we came across a number of times was an odd frame pacing issue. Every now and again we’d make a mistake and run the car wide. Before colliding with a distance marker, the car would come to an abrupt halt only to rocket forward seconds later.

Of course, this is a preview build and doesn’t reflect the final product. SMS head Ian Bell has told us this build is at least a few weeks old now, and the team is preparing a Day One patch. Come September 22 we’re hopeful the feeling of using a steering wheel is tighter and more comfortable to use.

The controller implementation, at least on PC, gets a solid thumbs up from us though. If the pad experience on consoles mirrors our time with this preview build, one of the biggest criticisms levelled at the previous game will be a thing of the past.

Weather is at the forefront of the game’s key features and new for PCARS2 is the introduction of snowy conditions. Ranging from a modest snow storm to hazardous blizzard conditions, snow adds a new element to the game. Even better, every track featured can take advantage of the game’s weather conditions, dynamic or otherwise.

Like the original game before it, Project CARS 2 does a fantastic job of portraying a living track environment. Puddles and pools of water form as rains continues to fall, snow accumulates on track making it more slippery. Snowy conditions are likely to be a huge talking point. The possibilities are nearly endless, and the challenge will keep you coming back for more.

24 Hours of Le Mans in blizzard conditions? An utterly ridiculous idea in the real world, but one easily made real in the game. It’s all thanks to the LiveTrack 3.0 system. Dynamic driving lines increases the level of realism, meaning exploring the areas of the track outside of the line is simply asking for trouble.

Whether it’s rain or snow, areas of the track will dry differently depending on the available light levels. As one of the features we’ve expressed the most interest in, it doesn’t disappoint. Every available in-game condition offers a unique experience.

A wet weather race will differ from those in the dry, and races at night time are an entirely different beast. As there’s no sun beaming down on the asphalt, getting heat into the tires will be a tad more difficult. Throwing rain or snow into the equation is setting yourself up for a terrific disaster. 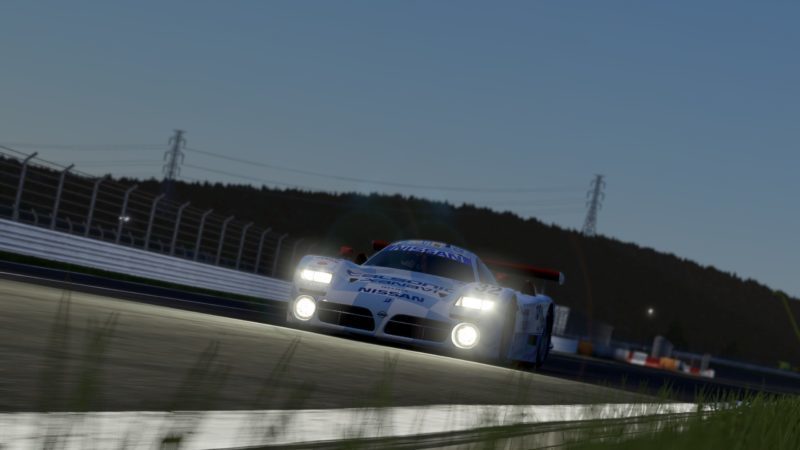 As you may have guessed, visuals are another area the sequel shines in. PCARS2 is a noticeable upgrade over the original game and the cars have a unique presence unlike any other game. The original game often times looked a little too gritty for its own good. The sequel does away with the grit, opting for a more refined look. We’d dare say this is the best-looking racing game released this year thus far.

With functional instrument gauges and detailed carbon fiber weaving, none of the game’s details will go amiss; even the stitching lines of the racing gloves are crisp. Adding to that is the game’s lighting engine. Navigating a foggy track really leaves the player feeling vulnerable, having to rely on visual memory of entering and exiting corners.

On a high-end PC players are going to have plenty of eye candy. Luckily, the same holds true for console racers provided a PS4 Pro or Xbox One X is nearby. This being a preview build, there are a few small visual bugs, but nothing that breaks immersion.

The game’s audio engine also sees marked improvements. Where the original game had moments of brilliance with visceral engine notes, the sequel capitalizes twofold. The visceral crackling and grunts of the rallycross machines drives the point home all on its own. For those looking for further evidence, turn to the McLaren 720S — the game’s hero car — and Chevrolet Corvette Z06 or C7R.

Exhaust notes aren’t the only audio cues players will pick up on. Tires beginning to slush against the asphalt and raindrops pelting the vehicle’s frame are all telltale signs that things are about to get more interesting. There’s a frantic feeling as you approach a rain puddle only to hear the tires drowned, or the rear end losing grip.

While not the expansive library of cars on offer by the likes of Forza Motorsport 7 and (pre-PS4) Gran Turismo, PCARS2 takes a qualitative approach to its roster. There are plenty of fan favorites, especially for those pining for a drive behind the wheel of Nissan’s R89C or Skyline Silhouette Formula. With both cars being from Gran Turismo’s past — and being so rare in modern sims — we suspect the two will see their fair share of track time.

The list goes further than that and introduces Ferrari, Lamborghini and Porsche to the mix. SMS hits all the right strides with the car roster, ranging from go-karts to formula racers and everything in-betwen. With so much to offer, there’s hardly ever a dull moment. Accompanying the game’s 180+ car roster is a wealth of tracks — the largest of any racer this gen, actually. You can check the full list here.

The question remains, does Project CARS 2 deliver? We’ll reserve our final judgment for release day, but from everything we’ve seen so far, it’s deeply impressive. We’re certainly leaning toward the answer being “yes”.

Gary Slater · Sep 14, 2017· Comments
Racers on Xbox One can look forward to a titan of a racing game this April as part of Microsoft’s monthly “Games With Gold” program. Previous big-name titles that have gone free as part of Games with Gold include Forza Motorsport 6 and its open-world counterpart, Forza Horizon 2.

Kyle Patrick · Sep 14, 2017· Comments
The premiere yearly Project CARS 2 esport series is back for 2019. There’s €20,000 in prize money up for grabs, and the return of fan-favorite multi-class racing.

Kyle Patrick · Sep 14, 2017· Comments
Has it been a year already? Project CARS 2 celebrated its first anniversary recently. To get in on the festivities, we’re invited the community to share its best memory of the game in photo form!

Kyle Patrick · Sep 14, 2017· Comments
If you loaded up Project CARS 2 earlier today — and you’re in Australia — you may have noticed a rather large update available. Weighing in at 4GB or so depending on platform, the size and timing make it clear: the horses are coming.

Kyle Patrick · Sep 14, 2017· Comments
All the pretty horses. With news of a certain Prancing Horse marque’s upcoming DLC popping up over the weekend, we thought it was high time to focus on Ferrari in this, our latest Project CARS 2 Photo Mode Competition.

Kyle Patrick · Sep 14, 2017· Comments
Things have been a little quiet on the Project CARS 2 front of late. Luckily that’s come to an end, after the Xbox Store inadvertently released a trailer for the game’s next DLC pack.

Kyle Patrick · Sep 14, 2017· Comments
Have we really hit 20 iterations of our modern photo mode competitions? To celebrate, we’re casting a wide net this round, eschewing a theme to find the best shots out there.