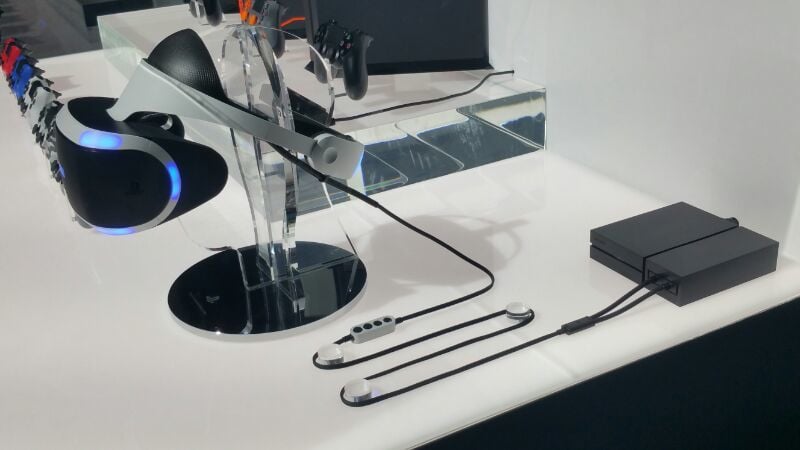 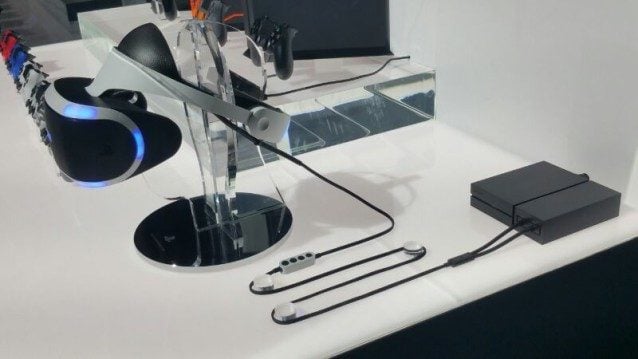 PlayStation VR, otherwise known as Project Morpheus, has been something of a hot topic for the GTPlanet community upon discovering Shuhei Yoshida, President of SCE Worldwide Studios, would like the platform to support Gran Turismo.

The premise was made more promising when a Driveclub tech demo was shown off behind closed doors that displayed the possibilities racing games could have on the platform, and was made euphoric when compatibility was confirmed for next year’s Gran Turismo Sport.

With the Q1 2016 release window drawing near, quite the interesting piece of information has emerged: the PlayStation 4 isn’t powerful enough to operate the headset by itself, opting for an external processing unit as shown above to deliver on the promise of VR.

The reasoning behind the external unit, or ‘PU’ as referred to by Sony, is to create the social screen through the available HDMI output. This allows gameplay to be displayed on an HDTV for others to watch and participate, while the main player is fully engaged in the VR environment.

As previously mentioned, PSVR will make use of ‘asynchronous time-warp 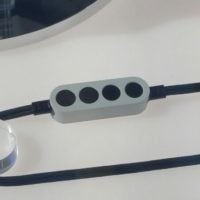 ‘ which will allow 60fps games to be frame-rate upscaled to the native resolution of the HMD (Head-Mounted Display) at 120Hz. Asynchronous time-warp can be applied to all frames, even those on native 120Hz code, and will help to reduce potential nausea issues by ensuring that the visual response to HMD movement is as natural and fluid as possible.

PlayStation VR has undergone some slight alterations since its original unveiling and these alterations are apparent in the new inline controls, joining the headset and its connection to the external processing unit. While hard to identify the buttons in the image, they represent volume control, a microphone input and a power button.

PlayStation VR is undoubtedly a sizable investment for Sony and a risky one to boot, but we’re interested in its possibilities and what direction it will drive the racing game genre in all the same.

AccessoriesPlayStation VR
The original comments for this post are no longer available.
GT Sport Brake Light Quiz: Spot the Car from Just the Brake Lights

Gaming 25 May 27 by Andrew Evans
Things have gone a little quiet for Fast and Furious Crossroads since last year’s surprise announcement. However, it’s all come back with a bit of a bang, and a new…

Car Culture 8 May 27 by Andrew Evans
Famed niche German car manufacturer Ruf has released a new documentary film covering its 80-year history. The “Love at the Red Line” film tells the rather unusual story of the…

Gran Turismo Sport 115 May 26 by Andrew Evans
Back when Gran Turismo Sport launched in October 2017, it faced two main criticisms. The first was that no true offline mode existed, while reviews also pointed to the relatively…

Esports 26 May 25 by Andrew Evans
One of the fastest closed-cockpit racing categories in the world, Super GT, has announced it will hold a special online event for its pro drivers, using Gran Turismo Sport. Like…

Gran Turismo Sport 514 May 25 by Andrew Evans
It’s another new week, and that means a new set of three GT Sport Daily Races. There’s a little something familiar for players this week, but also something a lot…