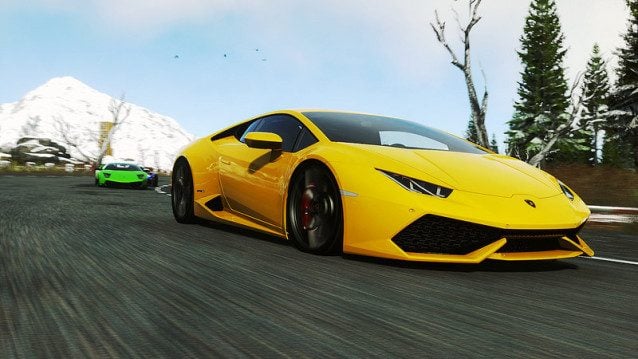 With all the hype around Gran Turismo Sport from Paris Games Week, we can’t forget about Driveclub, which remains a popular game that continues to receive strong developer and community support.

Although it wasn’t announced on-stage, Sony Worldwide Studios president Shuhei Yoshida confirmed the game will support the new PlayStation VR headset that’s currently slated for release sometime in the first half of 2016.

Better yet, Evolution Studios had a hands-on demo for behind closed doors, offering members of the media their first looks at how PlayStation’s new technology works with racing games. The demo shown runs at 60fps all while maintaining the original resolution, and features the BAC Mono running the route of one of the base game’s India circuits.

The increase in frame rate comes at a distinct cost as Paul Rustchynsky of Evolution Studios explains – costs in the form of the on-track car count being reduced from 12 to 8, trackside details as well as the weather and cloud system being dialed back, in addition to the rear-view mirrors being disabled altogether. The latter is something Evolution Studios wishes to address before a final release.

Even with these rather costly optimizations the game runs smoothly at 60fps which is then ‘upscaled’ to 120fps when transmitted to the VR headset. Meaning, while the game itself is running at 60fps the sense of movement and responsiveness look and feel twice as smooth through a commonly used technique known as ‘asynchronous time-warp’.

Driveclub’s VR tech demo is just that – a tech demo – however, there is a possibility it could become something more as Driveclub continues to receive updates over time as Rustchynsky discussed with Eurogamer.

“We’ve got plans for the next six months. We’re going to be releasing more content, more updates and more features. We’ll keep that going. DriveClub VR? At the moment it’s just a prototype. We don’t know what we’re going to do with that just yet. If it gets good reception here – which I think it will – I think that could turn into something more than just a tech demo.”