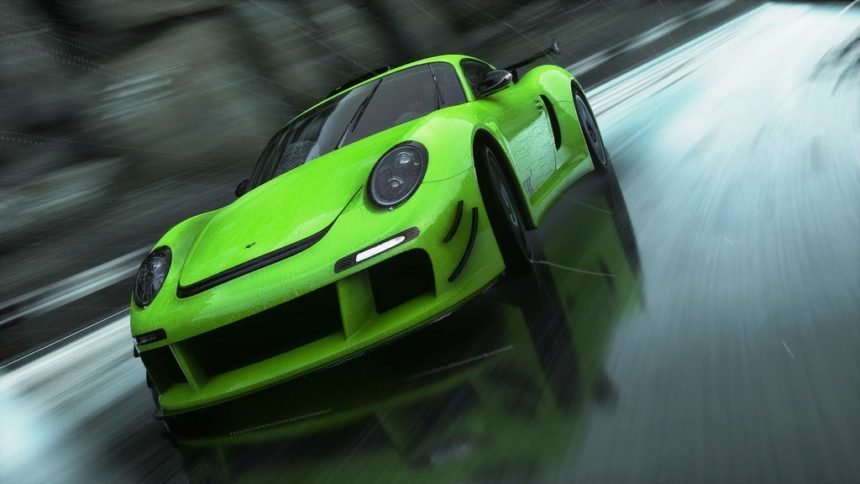 Is Porsche Pushing RUF Out of Racing Games?

2017 is shaping up to be a massive year for racing games, in part due to the sudden (and very welcome) availability of Porsche across the genre. On the face of it this is great news, but one manufacturer seems increasingly rare on the car lists of upcoming games: Ruf Automobile.

Alois Ruf Sr. began the company (then known as Auto Ruf) as a service garage in 1939 in Pfaffenhausen, Germany. In 1960, his son Alois Jr. was commonly found tinkering with various Porsche models in the garage. Following his father’s death in 1974, Alois Jr. re-focused the company around his passion, and only a year later, the first Ruf-badged car arrived.

Since then, Ruf has become a manufacturer in its own right. The 1987 Yellowbird arguably remains the company’s most famous model: it blitzed the competition to become the fastest production car that year with a top speed of 211 mph. It also starred in the “Faszination Nürburgring” video, a stunning tour of the German circuit with Stefan Roser.

In the years since, Ruf has achieved other firsts. In 2007, the company created the bespoke CTR3 hypercar to celebrate the Yellowbird’s 20th anniversary. The RGT-8 arrived a few years later, earning the distinction as the first 911-based road-car to house an eight-cylinder engine.

Of course, most sim racers know Ruf for a much different reason: as the stand-in for Porsche. Warranted or not — we’re firmly in the latter camp — this reputation sells the exclusive marque short.

Gran Turismo Sport, Forza Motorsport 7, Project CARS 2, Gravel — at this point, it seems more 2017 racing titles feature Porsche than not. The tally for Ruf? Zilch as of right now. Let’s take a tour of the sim racing landscape, shall we?

The Gran Turismo franchise recently welcomed Porsche to the fold in GT Sport. However, the long-running Polyphony series also has close ties with Alois Ruf. Indeed, Gran Turismo 2 was one of the first games to feature the marque, even before Electronic Arts’ Need For Speed: Porsche Unleashed launched in 2000 — where many believe the exclusivity deal started.

And what of the 911 GT3 that was buried deep within the code of GT3: A-Spec? Modelled after Kazunori Yamauchi’s own 996-gen car, it joined two new Ruf additions at the beginning of the PS2 era: the very similar RGT and the Boxster-based 3400S. Sadly, these remain the newest RUF models in the franchise to this day.

The Ruf logo was briefly spotted in early GT Sport menu mock-ups, but after three-quarters of the proposed car list has been revealed, cars like the reborn CTR are conspicuous by their absence.

One of the few exceptions to said exclusivity deal in the previous decade was the Forza franchise. Porsches were included in day one up until Forza Motorsport 4 in 2011, though a 30-car paid pack rectified this the following year. Conveniently, FM4 was also the first in the series to include Ruf models.

Porsche was completely absent from the next few Forza titles, before returning in the open-world Forza Horizon 2. This was a different situation, however: not only did developer Turn 10 announce the inclusion for that game, but also for the upcoming Forza Motorsport 6.

As FM6 neared release, the weekly car list reveals slowly spelled out what some fans feared: Ruf was no longer part of the lineup. The marque remained absent in open-world Horizon 3 as well, which just received its own Porsche pack last month.

We’ve grouped these three together due to shorter timelines. The original Project CARS launched with a small cadre of Ruf rockets (including a GTPlanet-liveried racing version of the CTR3 supercar). Slightly Mad Studios has since confirmed Porsche’s inclusion in the sequel set to land later this year. However, of the cars that have so far been revealed in the 170-strong lineup, Ruf is not counted amongst them.

Ruf was a part of iRacing for years, and still is. But at the beginning of this year, the team behind the venerable PC sim announced Porsche was coming. Almost immediately, events featuring the fantasy-spec Ruf race cars were phased out for Porsche equivalents.

Assetto Corsa shared two of the Ruf models found in the original Project CARS when it launched last summer. A comprehensive trio of Porsche car packs joined the RT12R and Yellowbird starting last autumn. It’s entirely possible Assetto Corsa could end up being the last console game to feature both marques for the foreseeable future.

The future doesn’t look bright for Ruf in terms of video game appearances. Outside of the console version Assetto Corsa (which was based on a game released in 2014), Ruf only appeared in one game in 2016: Gear.Club. Eden Games developed the mobile title, the same team responsible for Test Drive Unlimited. Ironically, Eden also helped craft the PlayStation version of NFS: Porsche Unleashed.

Tellingly, there is one franchise that has never featured a Ruf in any form: Need For Speed. Yep, the series that has had an almost vise-like grip on Porsche this millennium.

Are developers being forced to pick one or the other? It’s not outside the realm of possibility. When we first broke the news of the EA exclusivity deal coming to an end, it came via an interview with Porsche’s Sebastian Hornung. As manager of branded entertainment, Hornung expressed discomfort at the use of Ruf-branded stand-ins for real-world Porsche race cars. He also admitted that Porsche didn’t expect RUF to gain the level of popularity it now enjoys within the genre.

It would be a cruel twist of fate if Porsche and Ruf have now swapped roles in the genre. Ruf cars may largely be based on Porsche models, but the company occupies its own niche in the history of sports cars. Racing games are becoming increasingly realistic — we’d hate to miss out on experiencing Rufs within them. 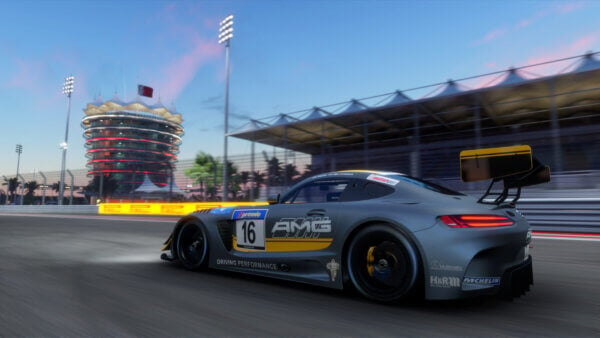 Project CARS 3 23 Feb 24 by Andrew Evans
The next DLC pack for Project CARS 3 has leaked out ahead of its official reveal and launch next month. It goes by the name of the Power Pack, and…