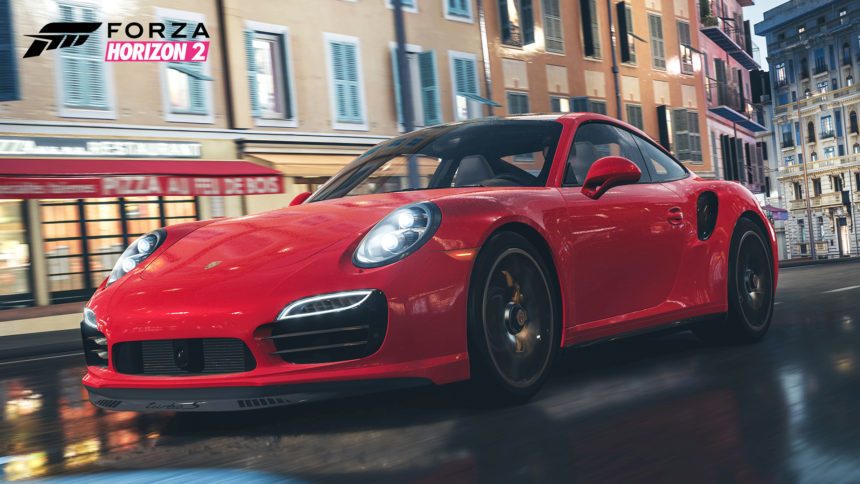 Porsche fans don’t usually have much to get excited about when it comes to sim racing – Electronic Arts has a somewhat notorious exclusivity agreement with the fabled German automaker, and rarely allows other games to license their cars.

They have apparently reached an agreement with Microsoft’s Turn 10 Studios, however, with the announcement that a special Porsche Expansion Pack is coming to Forza Horizon 2 this Wednesday, June 9th. The pack will include the following Porsches, spanning a fairly wide range of famous models from the company across the years:

Combine that with “more than 450” cars, “26 world famous locations” and 24 player races and it would seem that Turn 10’s E3 unveiling of Foza Motorsport 6 will certainly be generating a lot of interest.

Three watermarked, place holder images were also grabbed from the XBox Japan site which appear to support this information.

It should be stressed that this information has not been confirmed by either Turn 10 or Microsoft and as such may be subject to change, but will certainly be good news for Forza fans if its confirmed at E3.

E3 2015Turn 10
The original comments for this post are no longer available.
Test Your Badge Knowledge With Our Car Logo Quiz