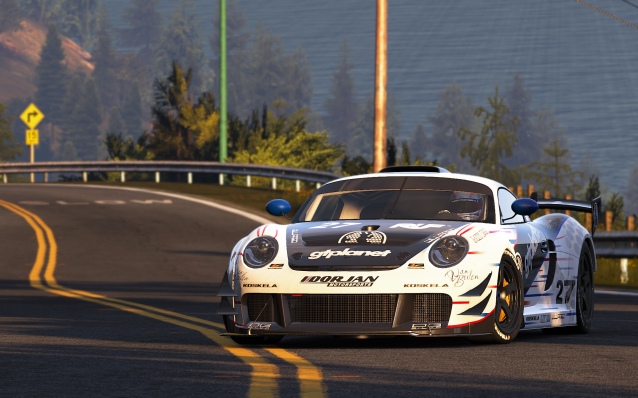 “Project CARS” – a new racing game from Slightly Mad Studios – is set to release in March, and it’s going to feature one very special car for our community here! The game’s RUF CTR3 SMS-R will be available in a full GTPlanet livery, conceived by GTP member Willfred_1 and custom designed by FLX1981. 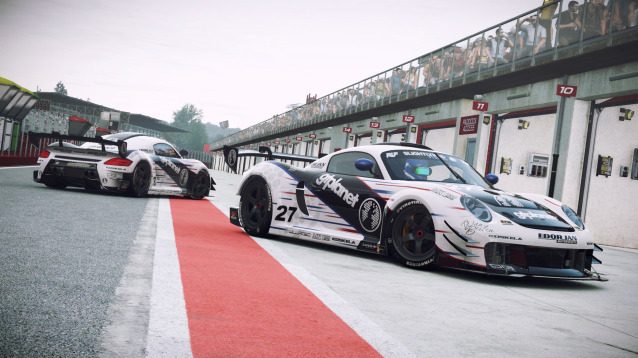 The livery features GTPlanet’s colors and logo, and – if you look carefully – you’ll find the sponsors are actually stylized names of active users in GTPlanet’s Project CARS forum.

Project CARS is currently scheduled for release on March 17th in the US and March 20th in Europe, and will be available on the PS4, PC, and Xbox One. Thank you to FLX1981, Willfred_1, the SMS team, and RUF for making this possible. Be sure to stop by the car’s official thread in our forums to say thanks to everyone involved!

Jordan Greer · Jan 4, 2015· 59 Comments
Earlier this year, GTPlanet reached a major milestone as we celebrated our 20th anniversary, and today we have reached another as we launch one of the most significant updates in our site’s history.

Jordan Greer · Jan 4, 2015· Comments
As a 14-year-old, I was fascinated by the internet and wanted to create a website for my favorite video game: Gran Turismo 2.

Jordan Greer · Jan 4, 2015
The next generation of gaming is just over the horizon, with both of the main players in the next-generation console market winding up the hype and anticipation. With that in mind I am excited to announce the new Gran Turismo 7 forum opens today on GTPlanet.

Jordan Greer · Jan 4, 2015
GTPlanet is proud to host the largest forum dedicated to sim-racing hardware, and starting today, it’s about to get even better: we’re opening up our Trading Post forum to everyone, making it easy for all of our members to save (or make!) money on games and gear.

Kyle Patrick · Jan 4, 2015
Sim racing shutterbugs, get ready: we’re kicking off the next generation of the GTPlanet Photo Mode competitions, and we’re doing it across three of the biggest titles this year.

Jordan Greer · Jan 4, 2015· Comments
When I am asked what’s the best thing about GTPlanet, the answer is simple: it’s the people. Beyond the millions of posts on this site discussing racing games and cars, the GTPlanet Forums host a rich online community of people building real friendships around common interests.

Jordan Greer · Jan 4, 2015· Comments
As I mentioned in my post celebrating our 15th Anniversary yesterday, I’m frequently asked about the availability of GTPlanet apparel. So, to help celebrate the event, I have commissioned new custom t-shirts for our community from a local clothing company.

Jordan Greer · Jan 4, 2015· Comments
Fifteen years ago, I sat in front of the family computer, listened to that sound of a dial-up modem connecting to the Internet, and set out to tackle the seemingly impossible and exciting task of building my very own website: GTPlanet.