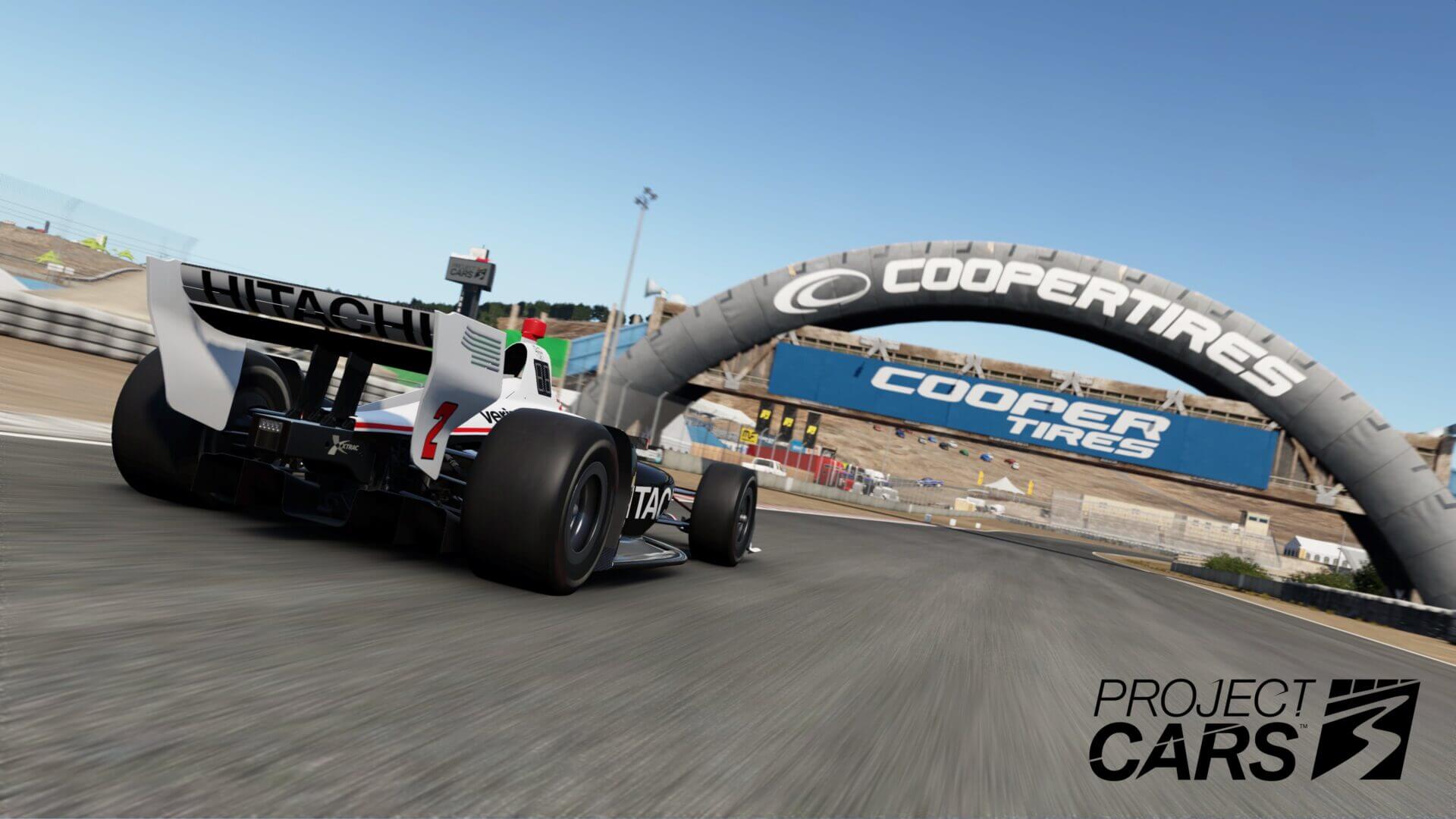 There’s only six weeks to go until Project CARS 3, surprisingly announced in June, lands on game store shelves, and the hype train is starting to take on coal.

Slightly Mad Studios and publisher Bandai Namco are starting the promotional campaign in earnest, and the first new clip is a good one. Released on social media, the near-two-minute clip shows the return of a track from Project CARS 2, and a returning yet new vehicle.

The track is firm fan-favorite Laguna Seca. Now known as WeatherTech Raceway Laguna Seca — it was Mazda Raceway in PC2, but WeatherTech became the new primary sponsor in 2018 — the circuit in California features one of the world’s most famous corners. The Corkscrew is a fierce left-right chicane with astonishing elevation changes. You’ll climb up to a blind braking zone and apex for the left-hander, then plummet almost 60 feet while trying to make the right.

There’s an appropriate car to go with the circuit reveal too. SMS has chosen to show an IndyCar hitting the track, bringing back a favorite category from PC2. However the car itself is new; rather than the Dallara IR-12 car from Project CARS 2, it’s the IR-18 model from 2019.

The Dallara IR-18 is essentially the same car under the skin. It’s a Dallara DW12 chassis — named in honor of 2005 IndyCar champion Dan Wheldon who was killed in a freak on-track accident in 2011 — with a new universal aerodynamic kit introduced in 2018. Both cars feature the same 2.2-liter turbo V6, with 550-750hp depending on venue.

Interestingly, while PC2 featured the chassis under Chevrolet and Honda branding, this appears to bear no specific manufacturer affiliation. This could hint at a universal “base car” model, to which players could apply their own liveries and marques in the livery editor. That said, the car in the official image is clearly Josef Newgarden’s #2 Team Penske Chevrolet from 2019.

You can watch the whole clip below, which features a hot lap in the IR-18 driven with all the aids and assists turned off:

If you’re a bit behind on all the details for Project CARS 3, we’ve put together a comprehensive guide to the game in our new Guides section. We’ll be keeping this up to date with all the news ahead of the game’s August 28 launch, so keep it bookmarked to stay up with the latest information.

SMS is promising more clips each week as the launch window approaches, so stay tuned!