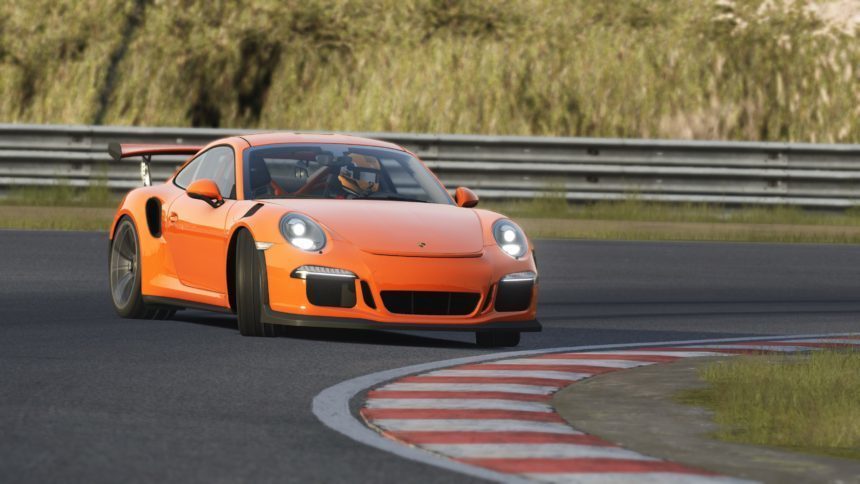 If there’s one thing the sim racing community can usually agree on, it’s that running a dozen hot laps all in the name of further improving your skill is the very definition of fun. While sounding tedious to some, the thought of learning the track inside and out, pushing the car to its limits and gaining familiarity with what can and cannot be done is an adrenaline boost.

Taking that one step further would be the chase for world record lap times, and that’s exactly what carracerptp has gone about doing in Assetto Corsa. In the first video seen above, a Lotus Elise serves as the first example, darting around the “Home of British Motor Racing” Silverstone Circuit.

With a targeted time of 1:07.835 Travis set out on the first lap, crossing the line with a recorded time of 1:08.470, subsequently followed by a second, more aggressive lap bringing it down to 1:07.479 — already beating the targeted time. The improvements didn’t end there, dropping further down into the 1 minute, 7 second range, the Elise quickly came into its own after a few adjustments and would ultimately lap the track just under that at 1:06.651.

Jumping ahead to the sixth video in the series, this time behind the wheel of an entirely different beast: the 500 horsepower rear-wheel driven Porsche 911 GT3 RS. Gunning for the world record time of 1:58.836 at Circuit de Barcelona-Catalunya, the GT3 RS would prove to be an expected challenge only blitzing around the track in 1:59.287 in the first stint.

With a few adjustments to improve its stability, the Porsche was back on track, bringing the split down to 1:59.114, just over 1.7 seconds shy of the world record. Becoming more familiar with the 911 and its penchant for aggressive power and subtly abusing its grip thresholds, the final lap would steer clear of the targeted time, setting a new lap record of 1:58.668.

There are more videos in the series, including the latest attempt featuring all-Italian duo of the Maserati 250F and Mugello Circuit, on Travis’ YouTube page here. For those looking to discuss the series, there’s an accompanying thread aptly titled Chasing World Records featuring the BMW M4, Cayman GT4 Clubsport, and the above GT3 RS.