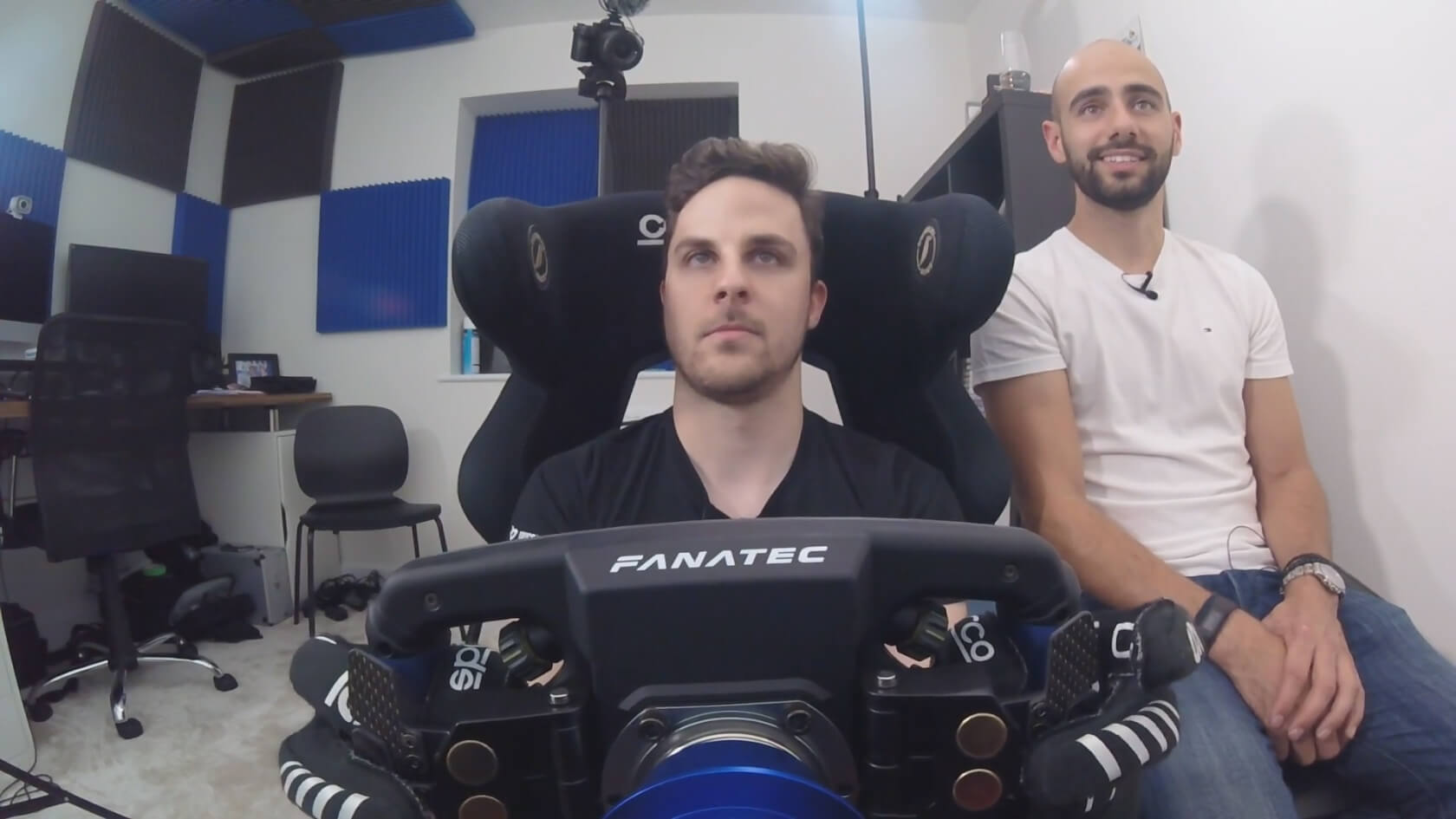 As we’ve been following throughout this year, our friend Tom Brooks is looking to get out of the commentary booth and onto the race track. His latest video is now available, and again focuses on driver training.

If you play or follow GT Sport, you’ll know Tom. As well as being the host and co-commentator for the FIA Online Championship live events and Top 16 broadcasts — and you can catch him in action in that role this weekend — he’s the voice behind the in-game videos.

However Tom is also aiming to get his own racing career started, and he’s put together a vlog of his experiences so far. To date we’ve seen him take on rallycross before taking some driving lessons from Mercedes-AMG factory GT3 driver Adam Christodoulou — with inevitable consequences.

Since then he’s picked up a racing car, in the shape of a French hatchback for rallycross, and gone through some of the driving-oriented fitness programs he hopes will improve his lap times.

This time round Tom is with Adam again, but doing things in the right order. Part six of the series, which will follow on in the next couple of weeks, will take Tom to the challenging Donington Park circuit. To make sure he’s prepared, he’s taking the time to learn the track virtually first, in iRacing, with Adam’s help and guidance.

Racing games are actually used by real-world racing drivers in exactly this manner, so Tom’s in some pretty good company. Hopefully that will translate into the real world, if only for the sake of Adam’s Renault Sport Clio…

Andrew Evans · Nov 17, 2020· Comments
Tom Brooks, the man behind the voice of GT Sport’s in-game videos and host of the FIA Online Championships, has spent much of 2020 (where permitted) trying to put his money quite literally where his mouth is. After commentating on motorsports for years, including MotoGP and GTPlanet’s own endurance championship, he wants to become a racing driver.

Tom Brooks “Make Me a Racing Driver” Part Four: A Focus on Fitness

Andrew Evans · Nov 17, 2020· Comments
If you’re keeping up with the efforts of Tom Brooks, the voice of Gran Turismo Sport and GT World Tour commentator, to make his way into real-world motorsport, there’s a new video for you to get stuck into.

Andrew Evans · Nov 17, 2020· Comments
As you’ll have seen recently, official Gran Turismo commentator Tom Brooks is taking the plunge. He’ll still be commentating on races, but he wants to try his hand at doing them as well. To chronicle his journey from sound booth to race track, he’s taking a camera along and filming a documentary series called “Make Me a Racing Driver”.

Andrew Evans · Nov 17, 2020· Comments
You may recall that earlier in the year Tom Brooks — the voice of Gran Turismo — has decided to try his hand at becoming a racing driver, and film the process.

Jordan Greer · Nov 17, 2020· Comments
Over the past few weeks, we have celebrated two years of GT Sport Livery Editor competitions with a very special round dedicated to the GTPlanet community itself.

Jordan Greer · Nov 17, 2020· Comments
Since he first began commentating on GTPlanet’s live racing streams so many years ago, Tom Brooks has become known as the “voice of Gran Turismo Sport”, and you have almost certainly seen him on the FIA Gran Turismo Championship World Tour live streams.

Michael Leary · Nov 17, 2020· Comments
With this year’s Need For Speed title on the horizon we’ve taken the opportunity to look back on the 2012 entry in the franchise, and we’ve happened to come across some details that paints an entirely new picture for what the revived title could have been.

Michael Leary · Nov 17, 2020· Comments
If there’s one thing the sim racing community can usually agree on, it’s that running a dozen hot laps all in the name of further improving your skill is the very definition of fun. While sounding tedious to some, the thought of learning the track inside and out, pushing the car to its limits and gaining familiarity with what can and cannot be done is an adrenaline boost.