One year on from the second contest, Red Bull’s “Beat The Pro” time trial returns to Gran Turismo Sport this month.

Beat The Pro consists of an in-game time trial, where players attempt to match — or hopefully beat — times set by Red Bull’s stable of driving Athletes.

The original event, back in April 2020, pitted players against Super Formula drivers Nick Cassidy, Ryo Hirakawa, and Juri Vips in a time trial at Suzuka Circuit with the Super Formula SF19 car.

While that was only open to players with a Japanese PSN account, the follow-up event in October 2020 was a global affair. Again set at Suzuka, to fill in a calendar blank caused by the cancellation of the Japanese Grand Prix, players would this time drive the SF19s against benchmarks set by F1 drivers Alex Albon and Max Verstappen, along with AlphaTauri racer Yuki Tsunoda.

With the Japanese Grand Prix again cancelled, this year’s event is again staged at Suzuka — the co-ordinates in the image above map to some circuit buildings near the track’s first Degner corner, but this time the action switches to the Honda NSX Gr.3 race car.

Once again, it will be Tsunoda as the driver running the reference time, although judging by the event’s cover image we might see other Red Bull drivers getting involved too. There’s a special livery for the NSX too, which might reflect the Red Bull design, Tsunoda’s AlphaTauri team, or even the one-off livery Red Bull will run at this weekend’s Turkish Grand Prix.

We’re expecting a slightly harder event this year, as Tsunoda — the only Japanese driver in F1 — has recently turned his attention to simulators in order to improve his on-track performances, though Albon and Verstappen are not exactly strangers to the world of virtual racing either.

All you have to do to take part is head into Gran Turismo Sport and go to Time Trials. The event appears alongside the weekly Time Trial challenges, and will open at 1500 UTC on Wednesday October 6.

You’ll have until 1459 UTC on Sunday October 24 to set your time. There’s no special prizes for the event other than pride — though we’d expect Red Bull’s social media channels to post a replay of the best lap overall.

There’s a new set of Gran Turismo Sport Daily Races available for this week, with both a car and a track not often seen in Sport Mode and a very unusual regulation... 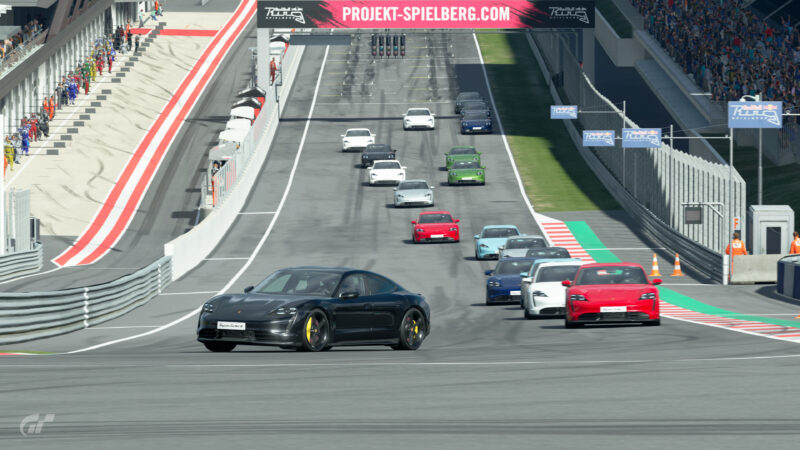