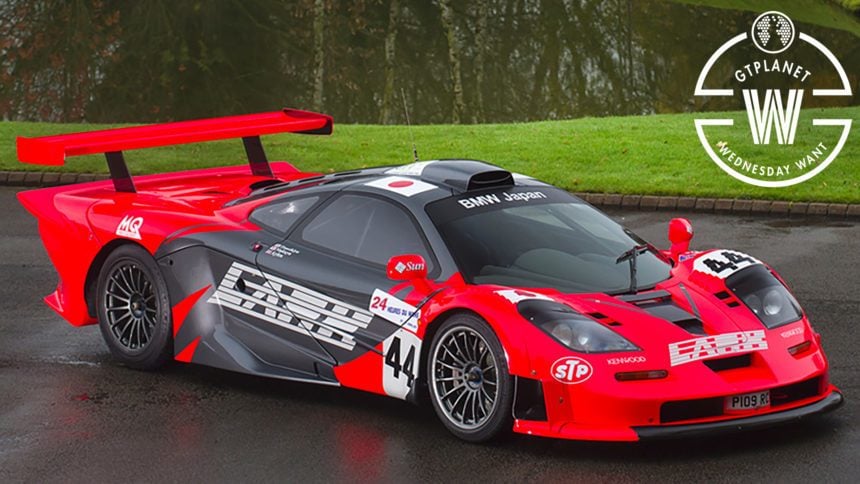 In previous wants, we’ve told you about other race cars for the road. From the Group B homologation Peugeot 205 T16 to the rent-a-racer GT350H we told you about last week. However, we now found what might be the ultimate road-worthy race car: a 1997 McLaren F1 GTR Longtail.

Prior to the Longtail, the racing world had the McLaren F1 GTR. This formidable racer dominated the world of motorsports in 1995. It even managed an overall victory at the 1995 24 Hours of LeMans, beating out purpose-built prototypes.

However, in 1997 when the BPR Global GT Series FIA GT Championship ended, the rules for the GT1 class changed. With the Porsche 911 GT1 already ahead of the F1 GTR technologically and the Mercedes CLK GTR nipping at its heels, McLaren needed to do something.

Drawing from its rich motorsports past – especially in Formula 1 – McLaren engineers got to work.

The most obvious change to the F1 GTR was the bodywork. No longer would it have a stubby nose and flat rear. Instead, to get the most aerodynamic advantage possible, engineers stretched the car 25 inches. This earned it the nickname of the Longtail.

Even with the extra bodywork though, the Longtail didn’t gain any weight. In fact, it actually lost 430lb over the F1 GTR. This brought the total mass down to a featherweight 2,017lb.

Other changes came with a rework of the BMW V12 as well.

In order to improve reliability, the engine was slightly de-stroked to 6.0-liters. However, engineers knew in motorsports any improvement to reliability could mean the difference between first and second.

Even with the minor downsizing, McLaren still managed to keep the power output to 600hp. Couple that with the lightness and the Longtail moved. At the 1997 24 Hours of LeMans, it clocked 196mph down the Mulsanne straight.

To further help with reliability, a new six-speed X-trac gearbox was fitted as well.

While the Longtail did achieve some success, the modifications still weren’t enough for it to compete with the CLK GTR. During the 1997 FIA GT Championship, the Mercedes team took a comfortable lead in the standings and stayed there. However, two McLaren entries did finish in second and third. 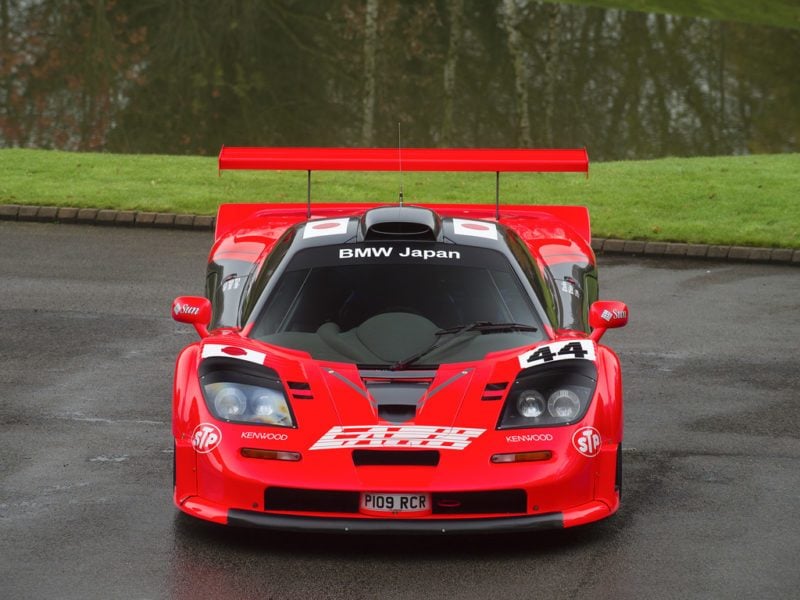 This example we found through the Derbyshire dealer, Tom Hartley Jnr, shares part of that racing history.

Sitting on chassis 27R, this F1 GTR was originally built for Parabolica Motorsports. Its main claim to fame is being the first Longtail to win a race. According to Racing Sports Car, that race was the British GT Silverstone on April 6, 1997, with Gary Ayles and Chris Goodwin at the wheel.

Also during 1997, the same chassis went on to compete in the 24 Hours of LeMans with five other Longtails. However, fortune wasn’t on its side and it never finished the race.

The car met an unfortunate end though. The owner in 1999 was James Cox aka James Munroe, who fraudulently embezzled millions of pounds to set up an F1 team. That team never happened and Cox ended up in jail — three times.

According to Road & Track, chassis 27R eventually ended up on the Tom Hartley Jnr site in 2015 sporting the Parabolica Motorsports livery. However, instead of being sold, the F1 GTR made its way to Lanzante in Hampshire, UK.

While at Lanzante, the Longtail got a full-on restoration bringing it back to pre-motorsport condition, complete with a new Lark livery. In addition to the restoration, the company also made modifications to make the Longtail road legal.

Yes, you read that right. You can legally drive a car that competed at Le Mans on British roadways.

Now back from its time at Lanzante, the car is for sale without any word on price. However, the last Longtail that sold went for around $13 million, so a number in that ballpark isn’t out of the question.