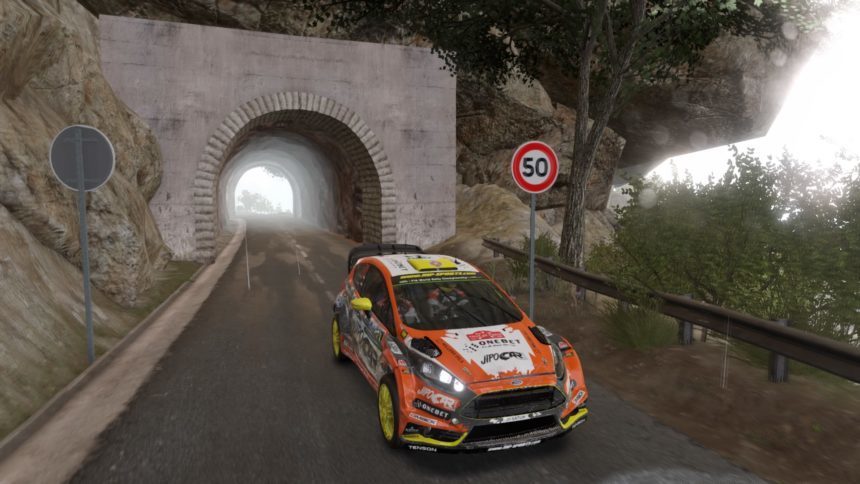 Round 6 of The WRC Esports Championship is Now Live

The latest round of the WRC Esports Championship is now live. After a frantic trip to Barcelona, the calendar shifts over to France for one of the toughest challenges so far.

Tour De Corse is a rally that wears its technicality on its sleeve, combining massive gradient changes with sharp turns and twisting roads. Its reputation has earned it the nickname of “The Ten Thousand Turns Rally” so that should tell you everything you need to know. Setting a fast time on this one for most will be second to putting in something respectable in the first place. 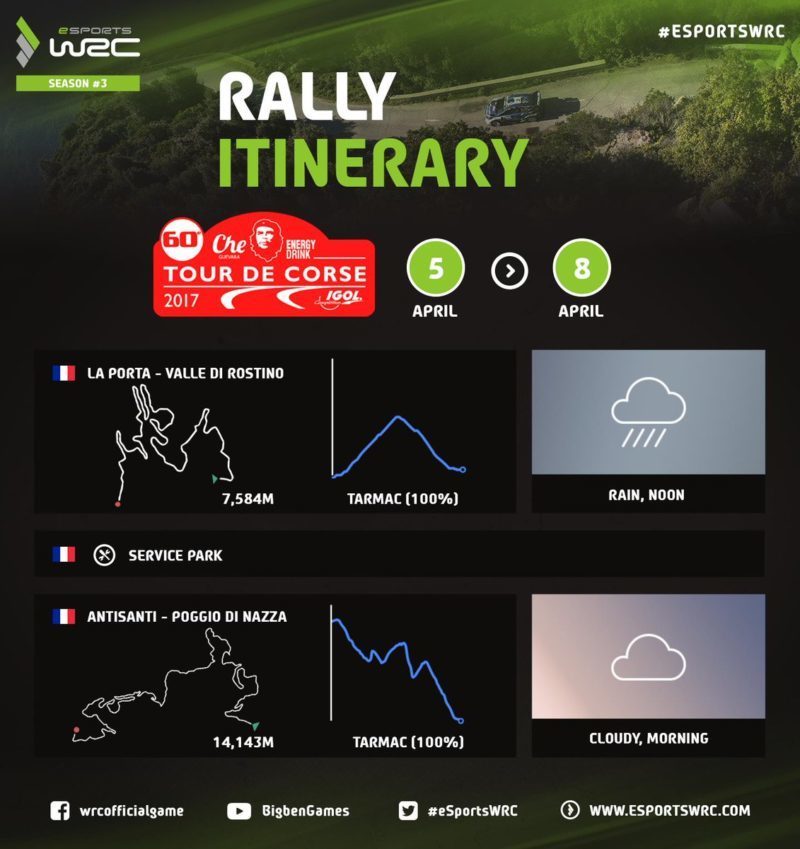 The first stage at Corse is uncharacteristically long compared to other offerings on the WRC tour. Every starter to date has been more of a sprint than a full fledged rally stage but the La Porta – Valle Di Rostino route shouldn’t be underestimated. Climb uphill on the tarmac before driving down again whilst the rain makes things even more interesting. A good performance here is very important with a lot of time able to be won … or lost.

Antisanti – Poggio Di Nazza is a treacherous 14-mile run that lives up to the Epic Stage name. Snaking roads and tight winding turns on the tarmac offer a high level of challenge, and losing concentration for even a split second can be costly. Get over the terrifying aspects of the stage though and there’s a lot of fun to be had. Pick your favourite WRC machine and get ready to be put through the intensity of Tour De Corse.

Round six starts today and comes to a close at midnight GMT April 8. Players get five attempts to put in their fastest time, with the best overall time placing on the final leaderboard.

If you want to compete, you can find the event straight from the WRC 7 main menu under the “Challenge” option. Results and championship standings will be updated on April 9 and shared on the various WRC game social media channels.

Gaming 18 Jul 9 by Andrew Evans
A patent filed by Sony Interactive Entertainment earlier this year suggests that all previous PlayStation games might become available via a new, unnamed service on PlayStation 5. The Japan Platform…

Forza Horizon 4 5 Jul 9 by Gary Slater
Fans of the Forza series who spend time creating their perfect liveries have a good reason to show them off to the world once more. Following an absence of almost…

Gran Turismo Sport 365 Jul 6 by Andrew Evans
GT Sport has flipped its 2020 yearbook into a new week, and that means it’s time for a new set of three Daily Races. The mix is the typical spread…