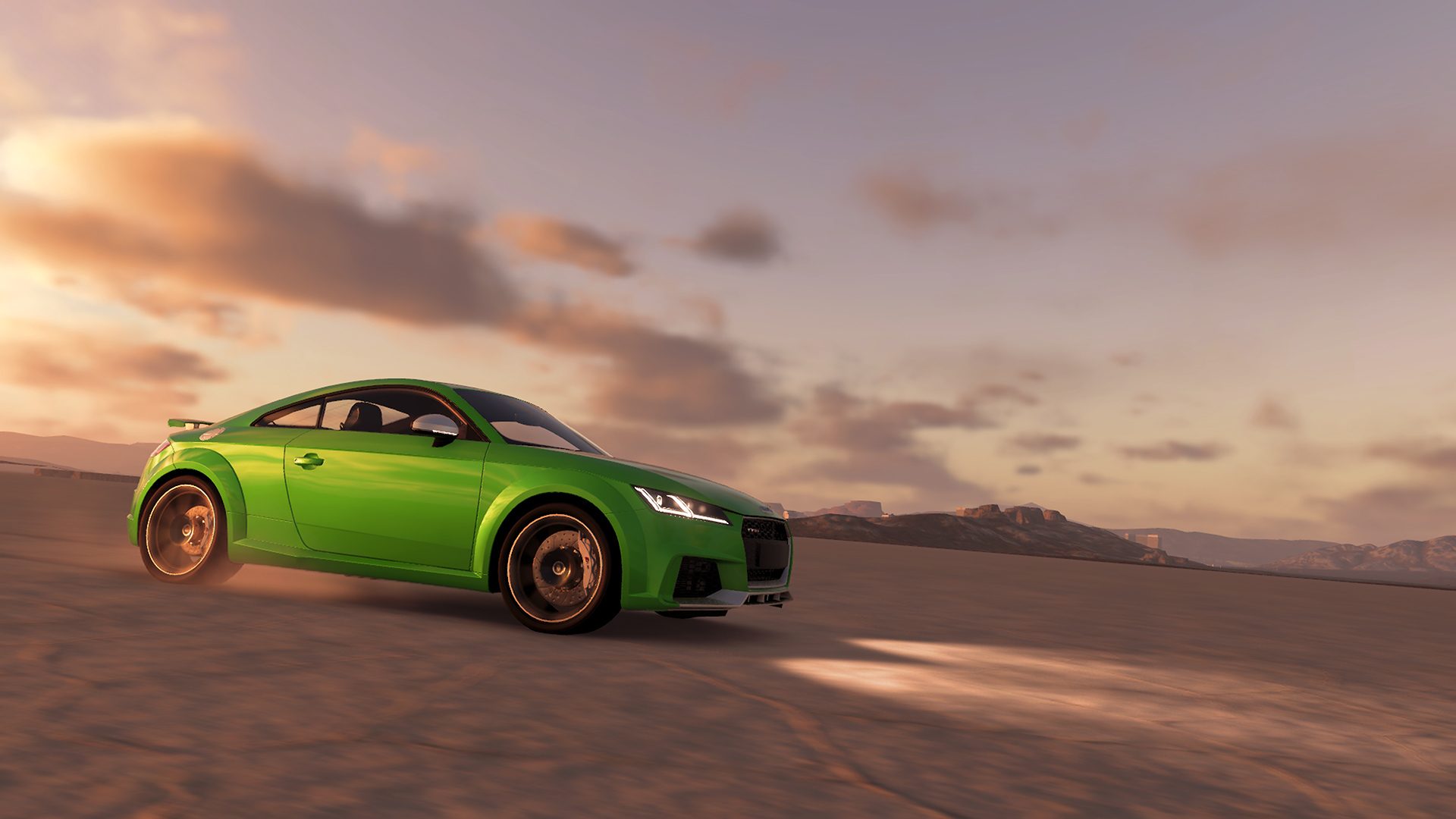 Ubisoft is kicking off the final day of May with the launch of the closed beta for The Crew 2. It’s a four-day taster of the upcoming open-world arcade racer, and we’re along for the ride.

The beta opened up this morning after invites went out earlier in the week. Weighing in at roughly 27GB on PS4, it’s also available on XB1 and PC platforms, and players are encouraged to invite up to three friends to join in the fun.

Racers will once again be exploring a shrunken-down version of the continental US. Developer Ivory Tower promised the world would be lusher and more detailed — from our brief first impressions, that certainly checks out.

The first game was all about racing on land. The Crew 2 adds sea and air to the mix, and the beta offers tastes of both. Street Racing and Rally Raid round out the discipline offerings in the beta — you’ll have to wait to drive that Red Bull RB13.

A revamped photo mode is also available, as well as the franchise debut of a livery editor.

Unfortunately, progress from the beta will not transfer over to the final game. However, Ubisoft is offering a gift to those that take part. Beta players will get an exclusive reward for the final game: a unique leather jacket.

Didn’t get access? You can still apply here, though now that the beta has begun, there’s no guarantee it’ll help.

As you can see, we’ve started our experience with the Audi TT-RS, one of a handful of new cars in the game (including the new Renault Sport Megane). What car did you start off with? Let us know in the comments.

Andrew Evans · May 31, 2018· Comments
Ubisoft’s multi-discipline, open-world racer The Crew 2 is heading to a new platform this month: Google Stadia.

Michael Leary · May 31, 2018· Comments
The latest update for The Crew 2 is now available on all platforms. Dubbed ‘Blazing Shots’, the free update brings a host of new events, vanity items, and of course, new cars to roam the open world in.

Kyle Patrick · May 31, 2018· Comments
If you’ve been itching to give Ubisoft’s The Crew 2 an extended test drive, this weekend is your chance. From now until Sunday, the open-world racer is free to play on all platforms.

Gary Slater · May 31, 2018· Comments
Players of Ubisoft’s The Crew 2 will be the first to get their hands on the latest British sports car. The 2019 TVR Griffith, built as part of the brand’s revival, will make its racing game debut in the massive open-world racer.

Michael Leary · May 31, 2018· Comments
At long last, The Crew 2 is now available on the PS4, Xbox One and PC platforms. There’s a lot more going on in Ubisoft’s ambitious sequel to its open-world racer. Unlike the original, The Crew 2 allows players to explore the land, sea, and air.

Michael Leary · May 31, 2018· Comments
Tomorrow, The Crew 2 will touch down on all platforms, giving racers a chance to race across the States. Before the big day, Ubisoft has taken the opportunity to go over how players will climb the ranks.

Kyle Patrick · May 31, 2018· Comments
Today, thousands of players across the globe are getting in on The Crew 2. Early access has begun, and the game marks a rather unique point in the history of the racing genre: it’s the first new racer to feature both Porsche and RUF from day one.

Kyle Patrick · May 31, 2018· Comments
The Crew 2 is the latest open-world racer from Ivory Tower. Expanding on the 2014 original, it is once again set in a miniaturized version of the continental US. This time though, the devs have added planes and boats to the mix, even allowing players to swap between them with the touch of a button.

Kyle Patrick · May 31, 2018· Comments
The second beta for The Crew 2 is done. As a sequel to an ambitious arcade racer, it’s poised to be one of the main racing games of the summer.