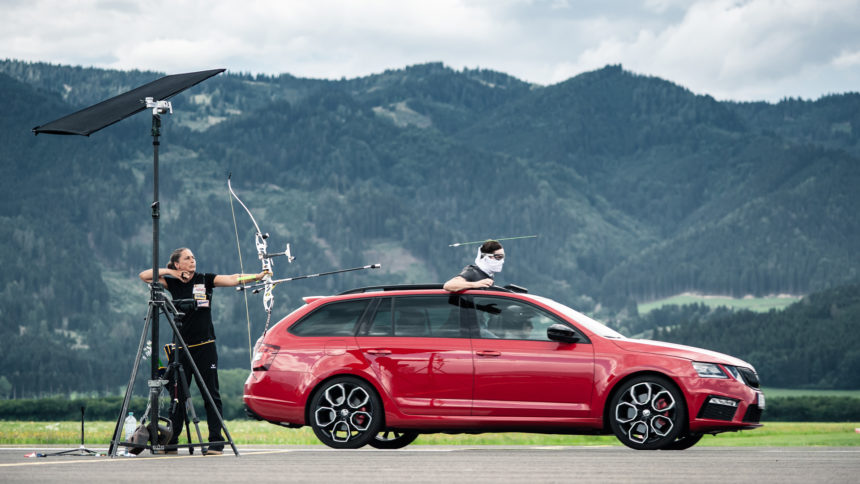 The Skoda Octavia Combi vRS 245 is the holder of a new, very specific world record. However, unlike Jaguar, it’s not on the Nurburgring.

Instead, the Octavia is now partial owner to the record for the farthest arrow fired and caught from a moving car.

Like we said, very specific. But, if any company were to do this Skoda makes sense. If you look closely at the automaker’s logo, you’ll see it’s a stylized arrow with wings.

To accomplish this feat, Skoda called in Laurence Baldauff from the Austrian Olympic team.

While Baldauff is not an Olympic Medalist, she’s pretty handy with her recurve bow. Her greatest success came in 2014 at the World Archery Field Championship. There she helped Team Austria take home a gold in the women’s team event.

Baldauff is only part of the team that made this record possible though. To catch the arrow, Skoda needed someone with incredibly quick hands. For this, it looked to Markus Haas, who’s a highly trained martial arts expert.

For the record attempt, the Octavia needed a bit of a running start. Using its 262hp 2.0-liter turbo four, it rocketed down the runway to 134mph. 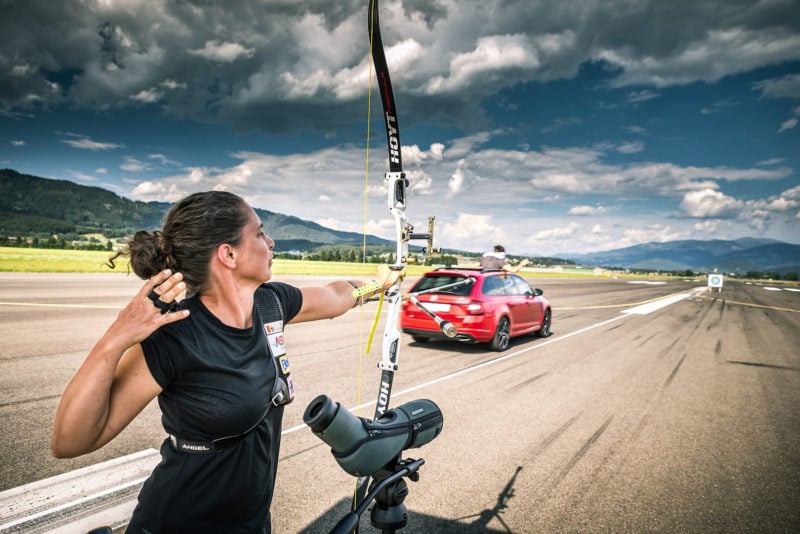 As the Skoda drew near to Baldauff, Haas then stuck his upper body through the moonroof. This in itself took a bit of bravery too. Clad in only a pair of goggles and a scarf, it was probably a bit unnerving to do.

Upon reach Baldauff, she let the arrow fly at a speed of 134mph. With just 0.5 seconds to snatch the 27-inch arrow, Haas needed a little luck to grab the arrow.

Fortunately, it all went to plan. Haas managed to snatch the arrow out of midair 188ft into its 230ft flight.

An official from the Guinness Book of World Records was on hand to witness the attempt too. After confirming everything, they awarded the plaque securing the record.

While oddly specific, it’s still a pretty cool feat. We also can’t imagine there’s a line of people looking to break the record either. So Skoda, Baldauff, and Haas should hold the record for quite some time.

If you think you have what it takes though, you can check out our review on the Octavia Combi vRS 245 to see if it’s the right arrow catching car for you.

Or if you just want to see the record attempt in action, you can check out the video below:

SkodaWorld Record
10 Comments Discuss this post in our forums...
GT Sport Circuits Quiz: Can You Spot the DLC Track From These Detail Shots?