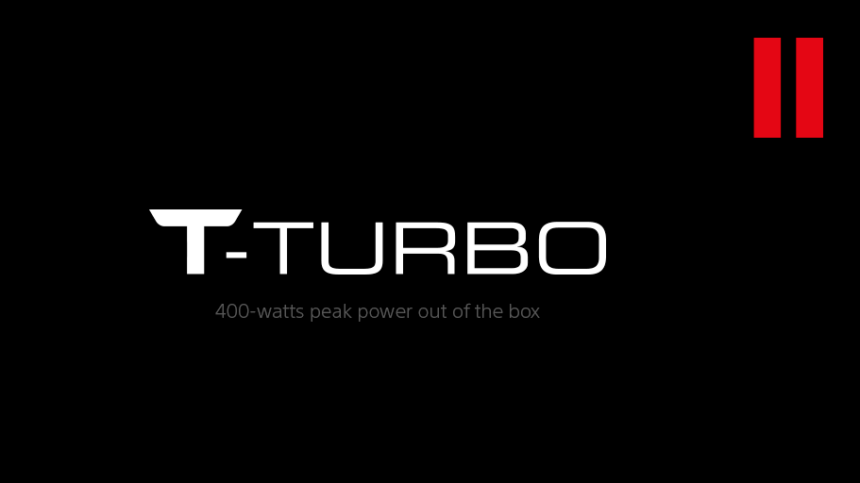 Sticking to its Thursday schedule, Thrustmaster has again dropped a teaser onto social media for an upcoming new product. However this time we’ve also got a date for the unveiling: June 23.

If you’ve missed the previous teasers, the first appeared way back on Thursday, May 20. It didn’t really capture any attention at the time, as it seemed to simply be a red “pause” symbol on a black background.

A second followed on Thursday May 27, and was much more intriguing. The same symbol appeared, this time accompanied by the text “T-DCC”, surrounded by ethereal white circles. That strongly suggested a new steering wheel product — Thrustmaster reserves the “T-” prefix for wheel technologies — although quite what remained a mystery.

Last week saw the third teaser, this time with a red, computer chip-like background and the text “T-RTF”. That only deepened the mystery — as Thrustmaster tends to use abbreviations in its wheel tech, what could RTF stand for?

Today’s teaser is a little more overt and familiar. Again, we see the red “pause” logo in the top-right, but this time we have the text “T-Turbo”, along with a description of 400 watts peak output and that June 23 date in the Tweet text.

T-Turbo is the name that Thrustmaster gives to its distinctive wheel power supply, as supplied for the T-GT wheel. In that application it can deliver a peak power output of 400W, so it seems clearer than ever that Thrustmaster is ready to unveil a new wheel product.

There is one further clue however, in the shape of a hashtag. Thrustmaster tagged the post with the phrase “BackIICompete”, which suggests that the pause symbol is in fact the Roman numerals for 2. That could hint at the wheel being a sequel to an early product — perhaps a second-generation of T-GT?

Luckily we don’t have long to wait. Thrustmaster will reveal all on June 23.

Thrustmaster
51 Comments Discuss this post in our forums...
Test Your Badge Knowledge With Our Car Logo Quiz

Forza Series 12 Jun 13 by Andrew Evans
Microsoft has officially announced Forza Horizon 5, and at the same time confirmed both its setting and launch date. As expected, the Horizon Festival will move across the Atlantic to…