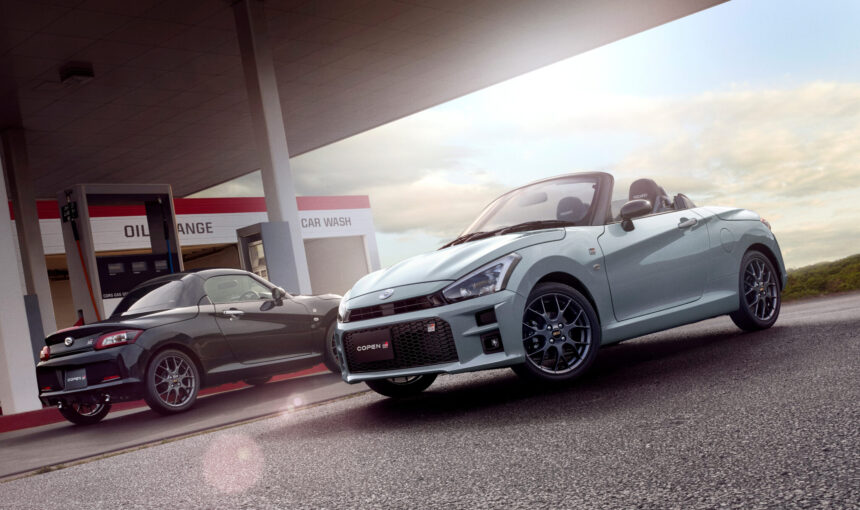 Toyota’s race and tuning division, Gazoo Racing, has been turning its attention to everything Toyota in the last couple of years. Aside from the hypercar class GR Super Sport and, of course, the GR Supra, there’s all sorts of cars in the Toyota brand available with Gazoo Racing’s fettling. There’s even a Gazoo-tuned Toyota Century sedan, just for Toyota’s President Akio Toyoda.

These are all big, fast and expensive cars, but now Gazoo Racing has turned its attention to the small, cheap and… not so quick part of the Toyota family. It’s unveiled the Copen GR Sport, which will become available to dealers across Japan only, from the start of November.

Gazoo Racing gets to work on the Copen’s body rigidity, changing the shape of the bracing the car already has and fitting additional items. To make the most of the extra stiffness, it then fits new dampers and different springs. The electronic power steering system gets a tweak too.

There’s a whole load of cosmetic enhancements inside and out too. The front and rear bumpers — the latter is “diffuser shaped” — are unique to the car, as are the LED headlights, tail lights and fog lights. Gazoo Racing also fits unique BBS forged aluminum wheels, with matte gray finish. All models get the power folding hard top as standard.

In the cabin there’s Recaro seats and a leather Momo steering wheel. The Copen GR Sport gets unique interior finishes and a special version of the “triple meter” display. Of course you’ll also find copious GR badging on every available surface too, and you can have the car in any one of eight exterior colors.

If you’re after a power hike though, you’ll be left wanting. There’s three levels of Gazoo Racing-tweaked cars, with GR Sport being the entry point. That essentially translates to a cosmetic overhaul, although the chassis and suspension work noted above is a little more involved in this case.

It shouldn’t come as too much of a surprise here though. The Copen is a “keijidosha”, or Kei car, and that comes with very strict engine, power, weight, and dimension limits. This means that the Copen GR Sport uses the same, 660cc, turbocharged three-cylinder as the regular car. It’s good for 63hp, and not a lot of performance even though it only tips the scales at about 1,900lb.