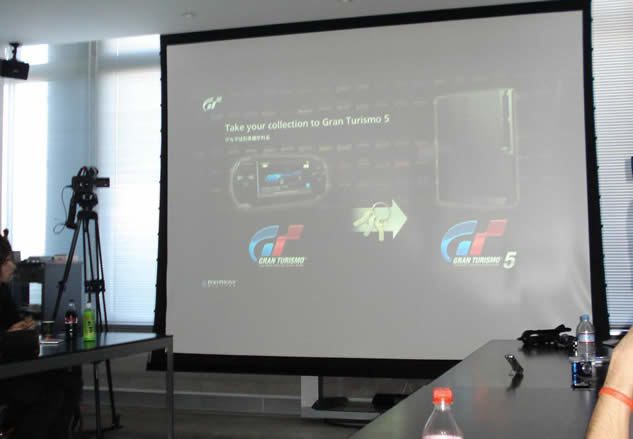 Members of the press who visited Polyphony Digital last week were treated to something special: an unpublished Gran Turismo 5 trailer showcasing an apparently more impressive damage model. The news comes from Spanish site MeriStation, making them first to mention this clip. Unfortunately, cameras were carefully controlled in the screening room, so we have only this description to go by: 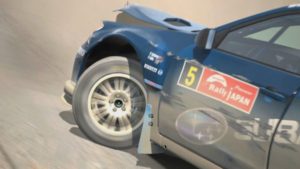 After the lecture, the lights went to witness in all its splendor the trailer unpublished announced that no one outside those walls had seen so far. It was a moment of excitement because, obviously, everyone wanted to see the deformation and damage.

The video begins with a street circuit and with electronic music in the background. Then we can see the cars, especially new ones at its best going around the track, the GT style of life. We see cars NASCAR, rally, Lamborghinis and Bugattis. We see the pits in full and frenetic action. The images come from the replay mode. We run at night. The modeling is clearly at the level expected. And finally we see the first deformation and cracks on cars. There are a few shouts of excitement among those present. They are short but intense second accident. A lack of a better word, awesome.

We also see a Ferrari with a big city in the background. The camera rises to give a more global perspective. The video ends. The truth is that we are left wanting more. A little short, but intense. When just the trailer, the media present burst into applause greeting. Yamauchi, amid which he said are still working on the night mode to make it as realistic as possible.

If the video is as polished as it is described, this could indicate it will be released publicly in the coming weeks and months.  Needless to say, if anyone did manage to record this, please let me know…

Andrew Evans · Oct 1, 2009· Comments
It may be cracking on for a decade old now (yes, really), but Gran Turismo 5 still has a few secrets left to give.

Andrew Evans · Oct 1, 2009· Comments
The Gran Turismo world may be all about GT Sport and esports, but an older title is enjoying a second lease on life right now.

Kyle Patrick · Oct 1, 2009· Comments
No, your eyes do not deceive you. We’re talking about a game that’s fast approaching its ninth birthday. That’s because, thanks to a recent discovery in the community, it’s suddenly gained a huge number of tracks.

Jordan Greer · Oct 1, 2009· 49 Comments
When looking at the GT franchise as a whole, critics frequently rate the most recent games – GT5 and GT6 – as the least successful in the series’ history, for a wide variety of reasons. Those critics might be surprised to find that Kazunori Yamauchi actually agrees with them.

Jordan Greer · Oct 1, 2009· 30 Comments
When Gran Turismo 5 was released, something unusual in the game’s Kyoto Photo Travel Location caught the attention of our community: a curiously detailed little cat. He blinked, turned his head, looked around, and generally drove people crazy.

Michael Leary · Oct 1, 2009· 61 Comments
In a surprising turn of events a new update is available for Gran Turismo 5, version 2.17. This update modifies the game so that it is no longer necessary to connect to the discontinued online servers in order to download previously purchased DLC packages.

Jordan Greer · Oct 1, 2009· 122 Comments
One final update for GT5 has been released, version 2.16. This update modifies the game to function without connectivity to online services, which have now been discontinued.