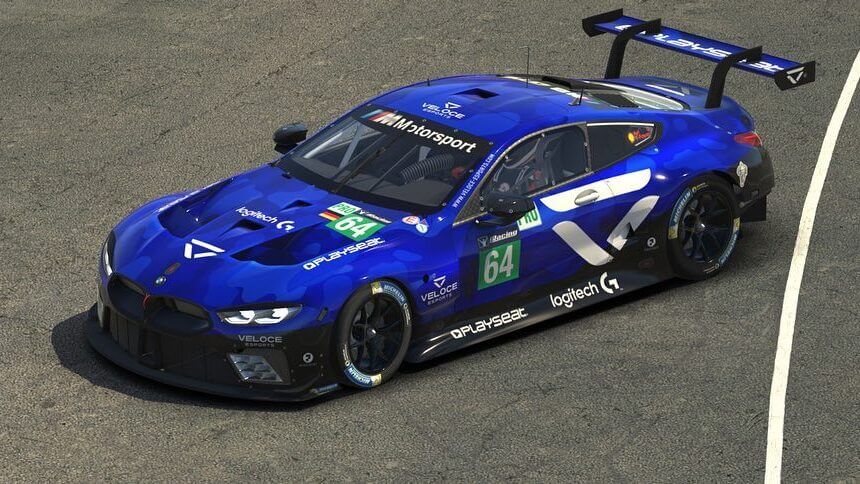 Veloce Esports will be one of the two wildcard entries to the $100,000 Le Mans esports (LMES) super-final.

The team, co-founded by current defending Formula E world champion Jean-Eric Vergne, has earned a spot in the season-ending event next week. It’ll send three drivers to France to represent it, with James Baldwin — who made headlines earlier in the year by winning a race at the Race of Champions — partnering Forza Motorsport specialists Noah Schmitz and David Kelly, the latter from Veloce’s partner Sauber Esports team.

These three drivers join the 30 already qualified over the six-race LMES season. The three race winners — one from each of the LMES regions — at each event will form a team, while four other three-man teams qualified through the overall points standings. There’s one more wildcard team that LMES has yet to announce.

The first action in the Super Final, a qualifying session, gets underway on Thursday June 13, while qualifying for the physical 24 Hour race takes place right outside. Following this, there’ll be nine races spanning a 24-hour period from Friday morning through Saturday morning.

Each of the first eight races will be a two-to-three hour solo event, with WEC venues like Spa and Silverstone, and modern and classic versions of Le Mans, on the schedule. There’ll then be a 90-minute final race for all three drivers, with pit-lane driver swaps and a traditional running “Le Mans start”. The winning drivers should then have just enough time to grab a couple hours sleep before the 87th 24 Heures du Mans starts.

If you’re not among the many GTPlanet members actually at the circuit, you can watch the whole event on Motorsport TV — leading seamlessly into the 24hr race itself. We hope you’re planning to brew lots of coffee…

Andrew Evans · Jun 5, 2019· Comments
The United Kingdom’s James Baldwin has taken the gold medal in the esports discipline at the FIA Motorsport Games, to give the country its first ever category gold.

Andrew Evans · Jun 5, 2019· Comments
The FIA Motorsport Games will crown its esports champion today, with the semi-finals and final taking place live from the Mistral Hall at Circuit Paul Ricard.

Andrew Evans · Jun 5, 2019· Comments
The world’s best virtual racers will be gunning for the medals in the FIA Motorsport Games Esports event over the next two days, starting with the quarter-finals on Friday October 28.

Andrew Evans · Jun 5, 2019· Comments
After six months of racing, the final six competitors in the 2022 Ferrari Velas Esports Series have gathered in Maranello for the Grand Final, which will broadcast on Sunday October 2.

Andrew Evans · Jun 5, 2019· Comments
The 2022 Ferrari Velas Esports Championship is now down to its final six drivers after two evenings of racing in the Regional Finals.

Andrew Evans · Jun 5, 2019· Comments
Half of the names heading to the 2022 Ferrari Velas Esports Championship Grand Final are now locked in, and today’s North American Regional Final is set to decide the remaining racers.