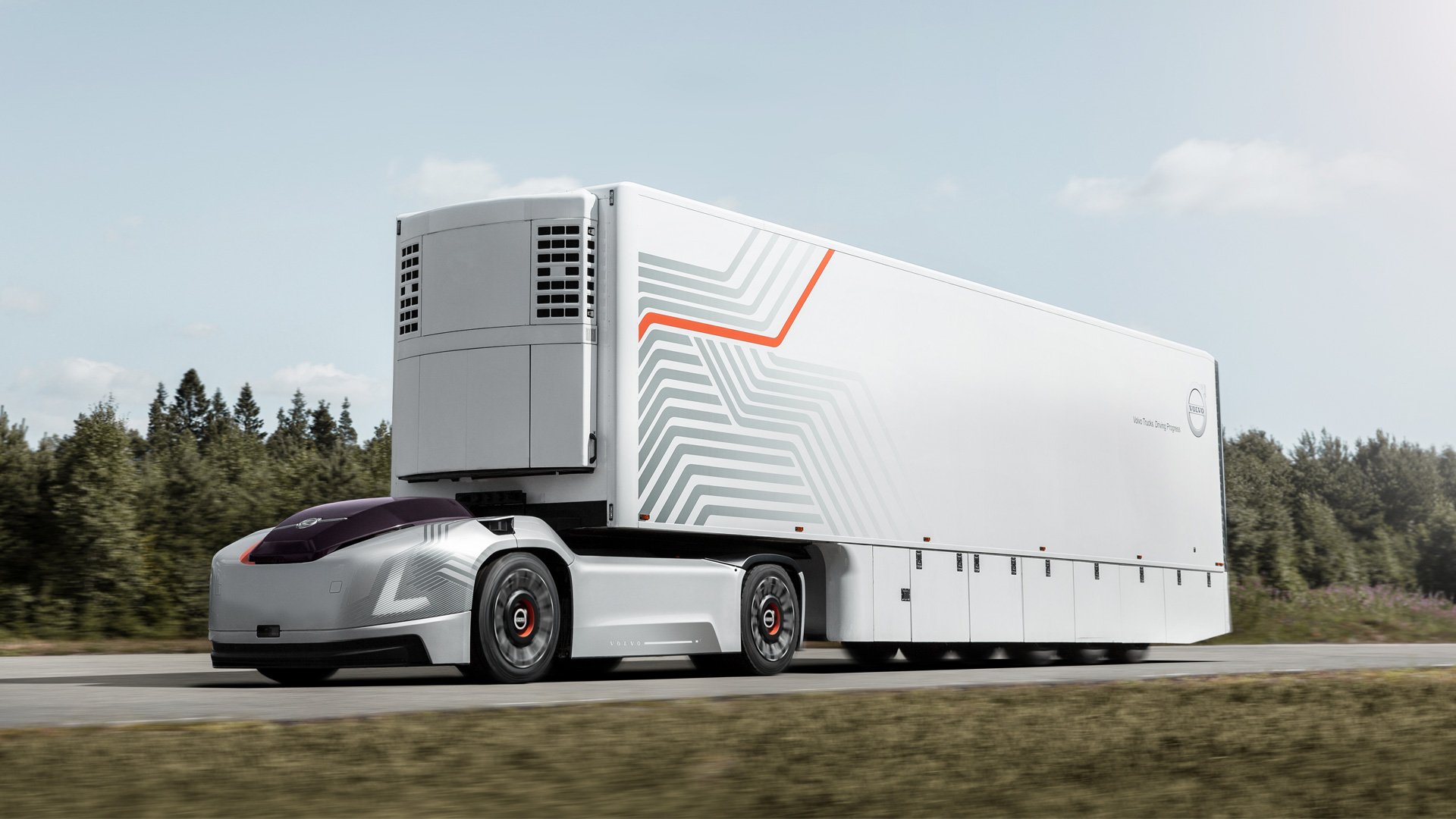 Electric semi-trucks are not a new concept. Tesla, Nikola, and Thor all have concepts they’re working on. However, Volvo Trucks is taking things a step further with its latest concept called Vera.

One look at the truck and you quickly see, it’s not like semis you see on the highway. It resembles a skateboard more than a big lorry. It’s also smaller, lower to the ground, and has a different position under the trail than other trucks.

As you’d expect with a design like this, there’s no room for a driver. But it doesn’t need one since the Vera employes full Level 5 autonomy. This means it can operate without any form of human interaction – at least when it’s on the road.

For some, this is probably a little concerning. Afterall autonomous tech is off to a rough start.

Despite all this, an autonomous semi truck makes a certain amount of sense. It’s also potentially safer than human-operated trucks.

For starters, an autonomous truck lacks the blind spots traditional semis have. It’s also lighter and lower to the ground. This helps with braking and maneuverability.

However, one of the biggest benefits is that an autonomous vehicle doesn’t get tired. While strict laws govern the trucking industry, many drivers still throw caution to the wind. They drive incredible distances and fend off sleep to get just a little bit further. This is dangerous for the trucker and other drivers on the road.

In addition to the safety element, autonomous trucks could operate during nighttime hours. This means roads with less congestion for the general population.

Even with all the benefits, Volvo is being realistic. The company knows we are still a long ways from fully autonomous tech on public roads in any large scale. So for right now, it’s targeting places like ports or large logistic centers for Vera.

Using vehicle to vehicle communication, it will allow for more vehicles to operate on a tighter timeline. This will increase the flow of goods and provide a boost to efficiency.

Volvo does have bigger plans though. It hopes that eventually, it can transition this technology to the road. It first needs to prove itself on a small scale.

To do this it’s currently accepting applications from various industries to test Vera. However, at this time, there’s no potentially release date other than “soon”.