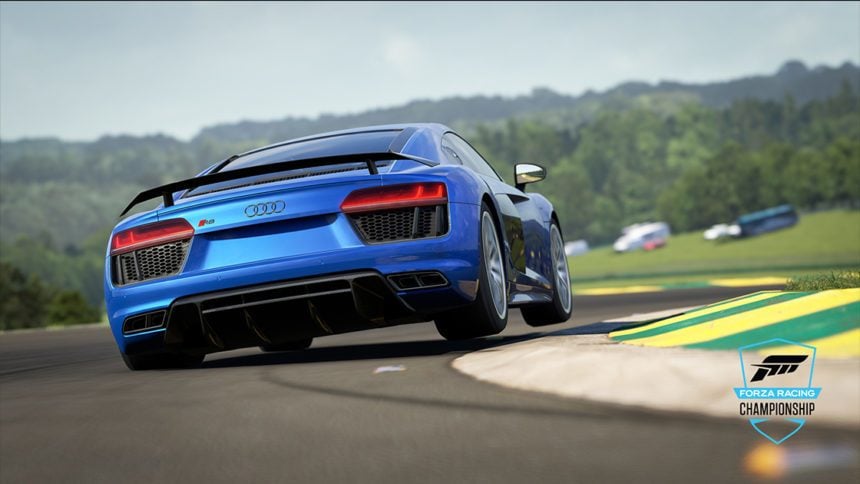 After three weeks of qualifying, the final set of races in Season 2 of the Forza Racing Championship is set to start in a few hours. This season brought a dozen names into today’s race, while the other four that are taking part were winners from last season, including Laige (who made off with a brand new Focus RS). The full lineup today:

As you can see, eSPORTS+CARS dominates the grid, with a full 50% of the lineup flying that flag. Laige’s old teammates Bourdais and Commando ensure TX3 is the only other team with more than one entry. Johnson has already had a successful eSports showing this year after grabbing a new Hyundai care of WRC 5, so he’ll be one to watch as well.

The drivers will all be in completely stock Audi R8’s, ensuring driver skill is what determines their finishing order, not the better car. First place will walk away with $10,000 USD, though over $30,000 will be given away once all the dust has settled at the end of the day.

The race gets underway at 1900 GMT (click here to convert). You can watch the whole thing unfold up top via Forza’s Twitch channel, or on Beam. Good luck to all drivers!

Forza Racing ChampionshipLive Streaming
5 Comments Discuss this post in our forums...
Can You Beat the Impossible Gran Turismo Quiz?