The Electronic Sports League (ESL) is the largest international eSports organization, providing various public multiplayer competitions for players from all over the globe. In close cooperation with game developer Kylotonn, one of these commenced this past January, using the tricky stages of rallying simulator WRC 5. As the official WRC site reports, the tournament recently finished, awarding aTTaX Johnson a brand new Hyundai i20.

The mission was to set the fastest time possible on all given rally stages, scattered from January to May or June to October, depending on the group each driver was assigned to. The top three drivers per rally stage on each console (PC, Xbox One and PS4) would then proceed to one of the two semi-final cups and hopefully reach the grand finale at Wales Rally GB.

A total of 18 drivers reached the Wales Rally GB finale, but only three of them could hit the very last stage of the trial — aTTaX Johnson, TX3 Yggrasil and GTPL_Kolsa2. Very close times were reported on all three sides, but only the one set by aTTaX Johnson was enough for the triumph. “I think I just won a brand new car. Looking forward to see everyone on my stream when I’m back”, posted Johnson on his Twitter profile. 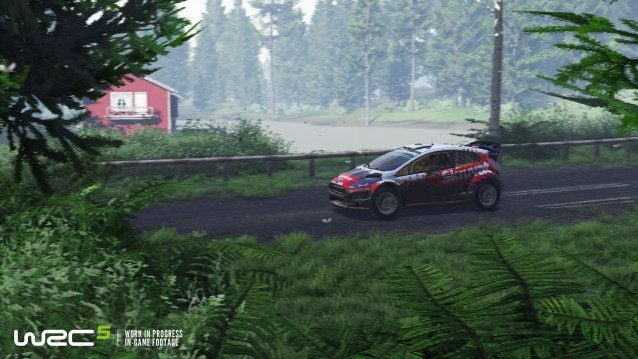 Johnson’s name should be familiar to readers, as he was one of the quickest Forza players during that game’s inaugural Forza Racing Championship. While victory eluded him in the Grand Finale there, he has proven himself a force to be reckoned with on the dirt.

Considering the positive feedback the competition has received from the audience and the number of players that took part in the tournament, we wouldn’t be surprised to hear more details on the WRC 6 eSports competition very soon.

Other developers are jumping into the eSports ring too. Season 2 of the Forza Racing Championship just kicked off, while Project CARS is preparing to entertain drivers with the one-make Ginetta Cup. Of course, 2017 also promises GT Sport, which will arrive with not one, but two FIA-certified championships.