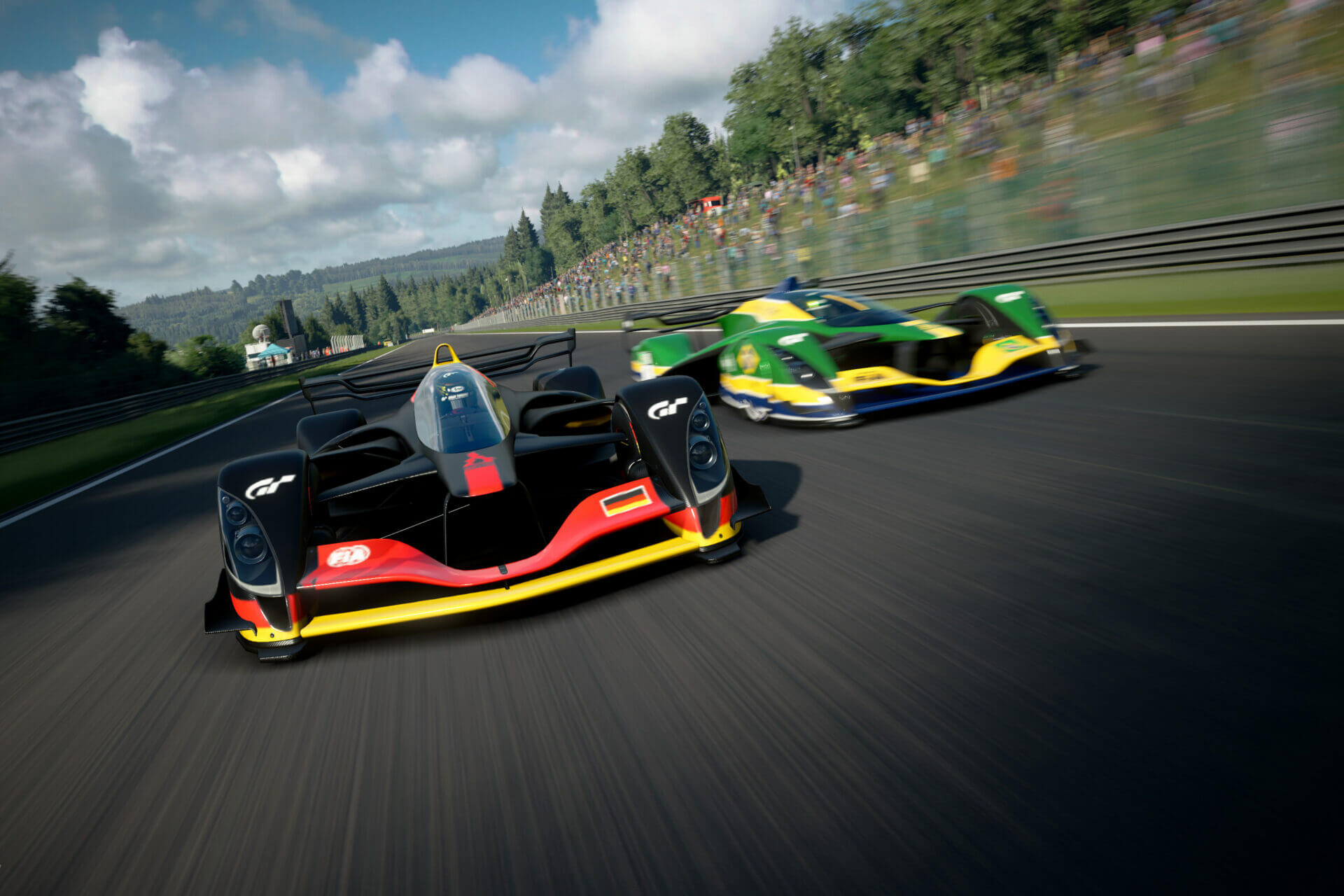 A few weeks ago, a partnership was announced between Gran Turismo and Getty Images, one of the largest providers of visual media services in the world.

Needless to say, a lot of people didn’t understand the announcement, so I reached out to the man who made it all happen: Clive Rose.

I first met Clive at the Gran Turismo event in Paris last year when he introduced himself as a long-time GTPlanet reader. Behind the scenes, he has become a fixture on the Gran Turismo World Tour and is the photographer behind many of the iconic images — both real and virtual — you have probably seen from the live events.

Clive is one of the most accomplished photographers in the world. He covers sporting events at the highest level, including the FIFA World Cup, the Olympics, and Formula One. He has nearly 100,000 images in the Getty Images library, and you are likely to see his photos on the front page of any newspaper.

Clive is passionate about sim-racing and wants to make it easier for the media to cover the stories that emerge from esports events. That passion led him to forge the relationship between Getty Images and Gran Turismo. He hopes it will change the way the media — and eventually, the public at large — perceive and understand virtual racing.

It’s an interesting story about an influential man’s passion for the hobby we all share, and I recently had the chance to talk with him more about it. You can watch the entire video below:

Once again, thank you to Clive for taking the time to chat with me and sharing this story with us.

I should note this is the first of many exclusive interviews and videos coming to GTPlanet’s YouTube channel in the weeks and months ahead. If you haven’t already, be sure to subscribe so you don’t miss any of the new content!