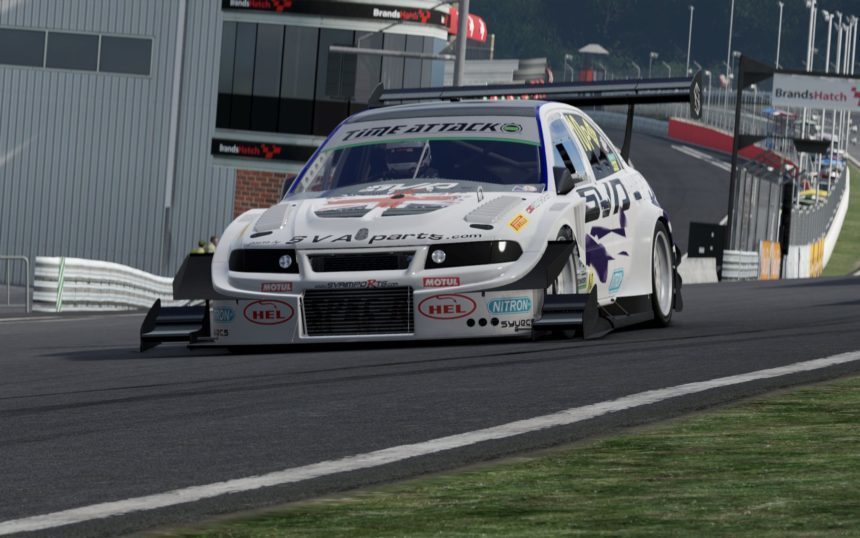 Following on from the announcement of Imola and a Group C legend, Slightly Mad Studios has given us a first look at the latest addition to the Project CARS 2 roster, after teasing it this weekend — the Mitsubishi Evo VI by SVA.

This particular Evo VI started life as a 2000 RS model, and was transformed by UK-based SVA Imports into a track conquering machine for the Time Attack racing series.

The car is powered by a 4G63 engine stroked to 2.4 liters. Coupled with a GTX42 turbo, output stands at a staggering 940 hp, sent to the wheels via a Drenth sequential transmission that has been adapted to a paddle shift by SVA.

The AWD widebody chassis, carbon-fiber roof, and the massive aero enhancments (including huge splitters, skirts and a gigantic diffuser) make the Evo supremely competitive. When it made its debut in the 2015 Yokohama World Time Attack Challenge, it set lap records at Brands Hatch, Silverstone, Snetterton, Zandvoort and Assen, so it should be pretty handy in the game.

Could there be more entries from the wild World Time Attack Challenge? There’s still plenty of the 170+ cars to be unveiled, and it’d be a shame if the bewinged Evo doesn’t have a few playmates to chase lap records with.

As always don’t forget to check out the GTPlanet Q&A with Ian Bell thread to catch up with the latest news on the development of Project CARS 2.