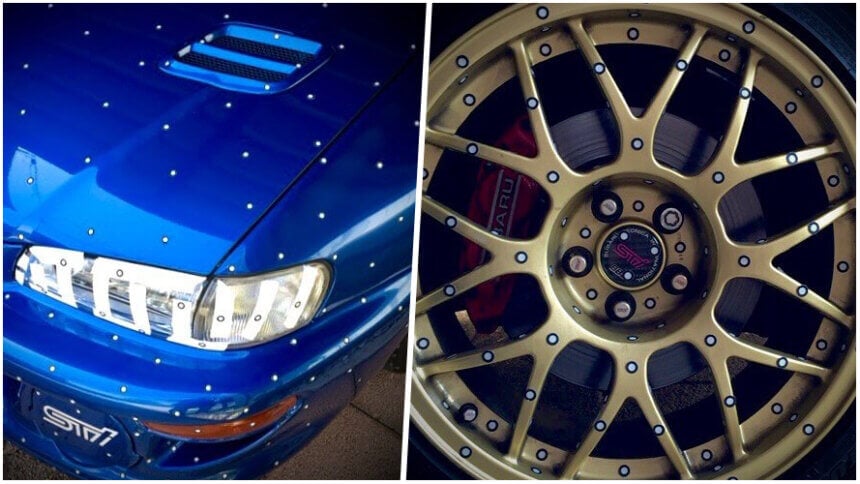 If you drive the Subaru Impreza 22B in Gran Turismo Sport — and you should, because it’s brilliant — it turns out that you’re actually driving a bit of history. The car you’re driving virtually is the personal car of the man you could arguably suggest is the father of the Impreza: Akira Teshima.

Like every single one of the other real-world vehicles in a Gran Turismo game, the Impreza 22B has had a defined path to digitization. In order to create the virtual version, Polyphony Digital has first had to source a real one. While some of the fictional vehicles are based on computer-assisted design (CAD) data from manufacturers, only the real thing will do for… well, the real thing.

To that end, Polyphony Digital, and its Gran Turismo Explore studios, hunt down the best examples they can find. For brand-new cars, and even some classics, it’s not too tricky, as vehicle manufacturers tend to keep current and heritage fleets for members of the motoring press to drive on events. Rare and unusual cars can be harder to find, and that’s where private owners come in.

UPDATE: The original Instagram post has been removed, but you can see some of the original images in the featured image above.

According to the post on his Instagram page, above, Teshima supplied his own personal 22B to an undisclosed location and team for the process. The post includes a number of photos, and even a video, which shows some of the familiar process of vehicle data capture.

We can see in some of the images that the car is covered in hundreds of tiny dots, across the bodywork and even on the wheels. This is a photographic technology similar to what we’d see in CGI motion capture in films, where actors perform their scenes covered in white dots. They give visual anchor points for the software to determine where the surface of the actor is in order to overlay the effects; here it creates 3D surface information.

Akira Teshima was the designer behind the very first Impreza WRX, the high-performance version of the Impreza sedan intended to be the basis of Subaru’s assault on the World Rally Championship. Teshima was in fact responsible for both the GC8 sedan and the GF8 hatchback.

It should come as little surprise then that he is among the very limited number of 22B owners worldwide. Subaru introduced the 22B as the ultimate incarnation of the GC8 line in 1998. The car came with a unique body derived from that of the WRC cars — in model specific WR Blue finish — and a bored 2.2-liter version of the boxer four producing, at least officially, 276hp. Unofficially, that’s a serious low-ball.

Given the extremely limited production run of just over 400 cars, 22Bs are highly prized and can change hands for well over $100k when they do come up for sale. The one in GT Sport just happens to be a little more special than most.

Thanks to SVX for the tip!

Subaru
20 Comments Discuss this post in our forums...
Test Your Badge Knowledge With Our Car Logo Quiz

Gran Turismo Sport 294 Feb 25 by Andrew Evans
GT Sport players have a new set of Time Trials for the next two weeks and, after the slightly unusual and seemingly unplanned change last time out, things are back…

Gran Turismo 7 266 Feb 23 by Andrew Evans
Gran Turismo fans will have to wait a little longer to get their hands on the next full entry in the series, as Sony has revealed the game won’t make…

Gran Turismo Sport 1375 Feb 22 by Andrew Evans
A new set of GT Sport Daily Races has arrived, and the next seven days will put you in racing action at circuits — real and fictional — around Europe.…

Gran Turismo Sport 2276 Feb 18 by Andrew Evans
Updated February 20: Since we posted the details below, all corresponding information has been removed from the official Gran Turismo website. We’ll update this article with more information as we…

Gran Turismo Sport 1375 Feb 15 by Andrew Evans
The latest set of GT Sport Daily Races, running for the next seven days, will see you recreating the golden era of rally in a rather unusual event — as…

Gran Turismo Sport 2276 Feb 12 by Andrew Evans
Polyphony Digital has released more information on the scheduling for the 2021 season of the Gran Turismo FIA Online Championship. Although we don’t have a full race calendar yet —…