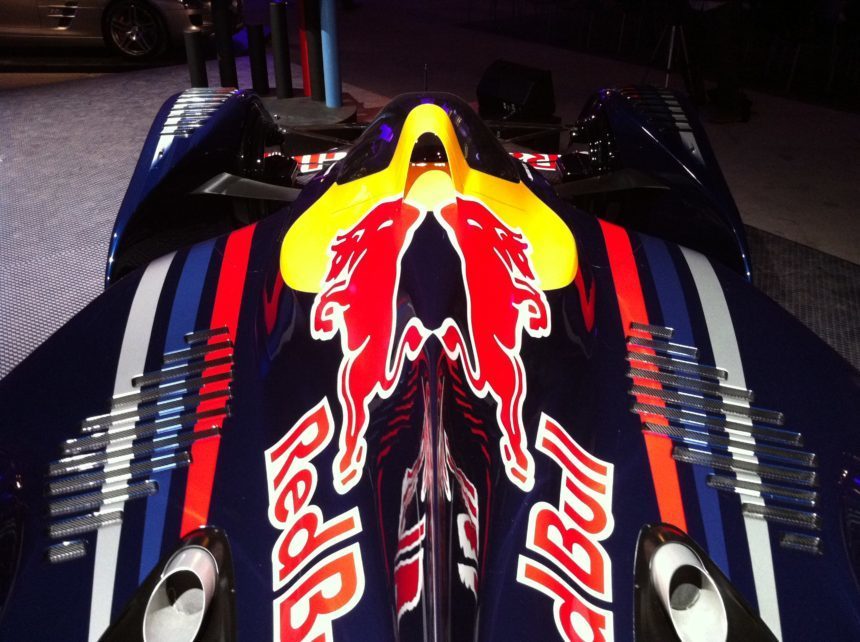 Building the Red Bull X1 Prototype: Behind the Scenes 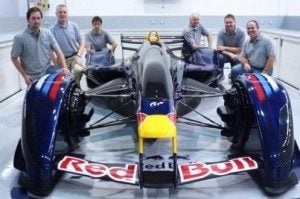 The Red Bull X1 prototype in Gran Turismo 5 made the jump from pixels to (partial) reality when it was unveiled to the world at the game’s international launch party in Madrid. I had a chance to personally inspect the model at the event, and its construction was very impressive (take a look at my up-close-and-personal photos from the event below, including partial disassembly of the model after the party was over). It was built by prototyping specialists IDC Models, and they’ve shared an interesting behind-the-scenes look at the X1’s construction along with their official press release. Nice work, guys – let’s hope this inspires Red Bull to take another step forward in development of the car!

The project has a top pedigree, with the concept car ultimately starring in GT5, the latest release of Gran Turismo – Sony PlayStation’s legendary game launched on November 24th. The car, known as the X1 Prototype, has been designed by Newey without the usual restrictions of race regulations. This enabled him to have a blank canvas and put all his technical energy into a design that pushes the boundaries of motorsport, with a shape and form that makes history. 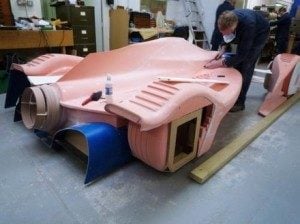 With such high profile interest, the project has been conducted in secrecy over the last six weeks. Using data supplied to IDC Models straight from Polyphony (the GT5 game developers) the model has been assembled in sections to its full size of 4.75 metres long by 2.2 metres wide. Each model section was CNC machined and then fitted together and finished to give a seamless surface finish. IDC Models was selected for its outstanding model making reputation, combined with its facilities and flexibility. IDC is one of only a few rapid prototyping bureaus in the UK with large-scale CNC facilities.

“Building this model was a fantastic challenge in so many ways. To build a car of this size and detail from scratch in just four weeks required all our model making techniques and rapid prototyping technologies,” says Head of IDC Models, Vincent O’Horo. “After all the long hours and intense effort, the whole team is immensely proud of this amazing achievement and our involvement in such an exciting project for Red Bull.”

Gran Turismo Sport 634 May 10 by Andrew Evans
A new set of GT Sport Daily Races gets underway today, with players heading to three of the game’s real-world race tracks dotted around the edge of the Pacific Ocean.…

Gran Turismo Sport 634 May 3 by Andrew Evans
There’s a new set of GT Sport Daily Races starting today, with three new events for players to get to grips with over the next seven days. Each of this…