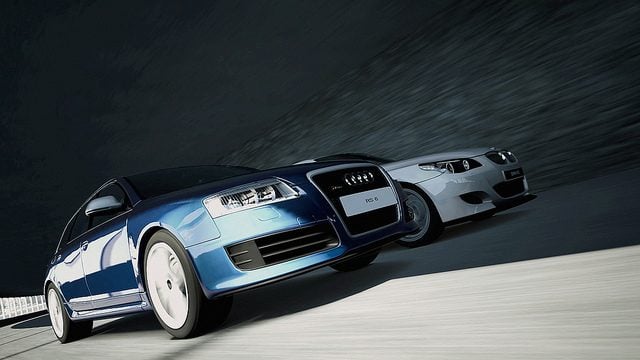 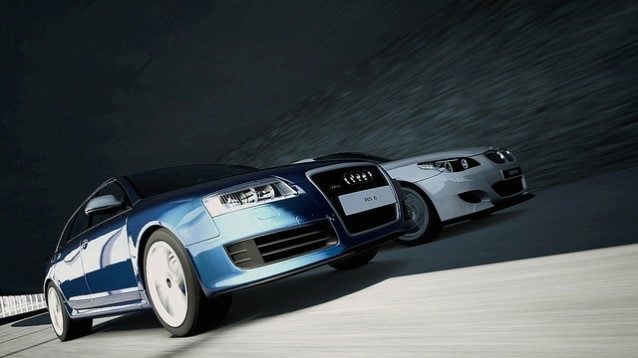 Reports have been surfacing the past few weeks of a glitch that dramatically affects online play in Gran Turismo 5.

The glitch manifests as a marked increase in player lag, profound changes to the simulation physics and a significant change in lap times – even increasing the lap times with reference to an external stopwatch. Though some GT5 players have noticed a similar but less extensive effect before, the issue seems to have become more prevalent, perhaps even ubiquitous, since the most recent update and many online leagues including GTPlanet’s own Weekly Race Series (WRS) have been significantly affected by it.

Our forums have brimmed with members seeking to better understand this bug, and have provided evidence for situations that can prompt the glitch to occur. GTPlanet staff and WRS members have also been testing and gathering further evidence to help players avoid encountering it.

The bug itself affects only online racing, with free practice seemingly unaffected, and seems centred around simultaneous information loads – the more information is being processed by the console or network at once, the more marked the effect of the bug. This includes USB peripherals like headsets and driving wheels, the number of players in a lobby and whether the player is in traffic or running in clean air. GTPlanet’s own tests revealed the following results:

The GTPlanet staff test involved a run at Daytona of multiple laps in identical cars to remove driver skill and performance as far as is possible from the equation.

Users in our forums have also collected some valuable data which indicates this issue has actually existed for quite some time. The following chart was compiled by “MGR” after reviewing replays from an online race held back in June of 2011, and clearly illustrates the correlation between the number of participants and the clock’s inaccuracy. 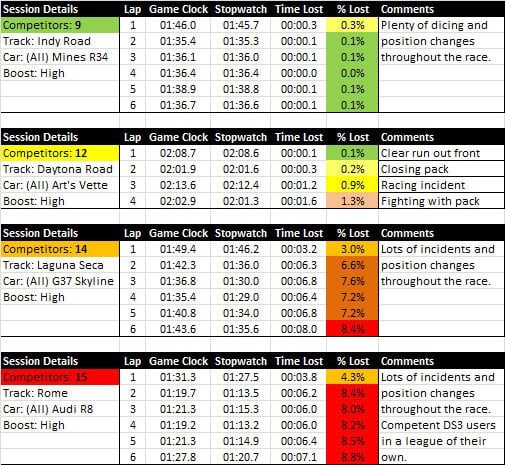 “Filip_Ovik” has also shared a video that demonstrates the issue, which begins at the exact start of a lap around the Nurburgring Nordschleife in an online race. If you compare the YouTube player’s time stamp with the lap timer shown in the game, you’ll quickly notice the discrepancy. By the end of the lap, there’s a difference of 33.489 seconds.

At this time, without a patch for the issue, GTPlanet recommends players wishing to race online limit lobbies to 12 participants or fewer – though more participants are possible if no players use headsets or force feedback wheels. Please note that this will not fix whatever normal lag issues you may experience (although minimising participants will always help this), only prevent instances of this glitch occurring.

It is unclear if Polyphony Digital are currently aware of this bug. Though many players will be looking for a fix in GT5 version 2.03, to be released this week, this is unlikely considering the length of time it has apparently affected the game. Hopefully, by increasing awareness and encouraging further study and discussion, our community can help resolve this issue that is affecting so many of GT5‘s most dedicated players.

For further discussion and analysis, see this topic in our forums. As always, your own contributions and test results are welcome and may be helpful to anyone tasked with resolving the problem.

Thanks to nealcropper and MGR for the initial tip and all GTP members who have subsequently provided evidence and assistance.

GT5 Bugs
The original comments for this post are no longer available.
Test Your Badge Knowledge With Our Car Logo Quiz

Site Announcements 136 Jan 26 by Jordan Greer
As a 14-year-old, I was fascinated by the internet and wanted to create a website for my favorite video game: Gran Turismo 2. Today, that little website is now 20…

Community Spotlight Nov 17, 2020 by Andrew Evans
As we’ve been following throughout this year, our friend Tom Brooks is looking to get out of the commentary booth and onto the race track. His latest video is now…