Could Gran Turismo’s Future be in ‘3D’? 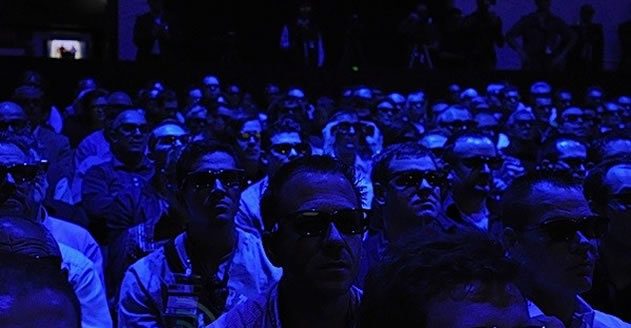 According to a report by VideoGamesZone.de, Gran Turismo 5* is at Berlin’s IFA trade show…in 3D. The news comes off Sony’s press conference at the show, focusing on their consumer electronics products. The theme of IFA seems to echo what all the big players first started promoting at CES last January: 3D movies and games. 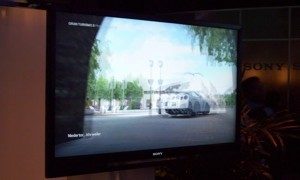 As you might remember from CES, they actually had a copy of GT5 Prologue running on a prototype 3D television. I got to experience the game firsthand, and I can tell you that it was remarkable – not in the “oh-wow-something-is-flying-out-of-the-screen” sense, but it gave the world of  Prologue surprising depth and scale. It didn’t feel like I was looking at a screen – it felt like I was looking out of a window, watching a Nissan GTR drive around Suzuka in a miniature world defined by Polyphony Digital’s texture palette.

VGZ expects Sony to push 3D display technology hard in 2010, and they just might use GT to do it. The question, then, is what does it mean for our favorite franchise beyond GT5‘s release? Could Gran Turismo 6 be used to showcase the next generation of Sony televisions? Could you justify upgrading to a new 3D TV in a few year’s time, or do you even want to?

*We’ve heard no other reports that GT5 (not Prologue) is at the IFA show, and there’s a good chance the demo is the same thing we saw at E3 earlier this year. If it does turn out to be something new, we’ll be sure and bring that to you as the news breaks.

SCEA
The original comments for this post are no longer available.
GTPlanet Publishes “Ultimate Guide” for Forza Horizon 4

Gran Turismo Sport 579 Nov 30 by Andrew Evans
You’ll be heading to three of the world’s best-known race tracks in this week’s new set of GT Sport Daily Races, as two one-make races headline the offerings for the…

Gran Turismo Sport 16 Nov 28 by Andrew Evans
The second of this year’s Regional Finals in the 2020 FIA Gran Turismo Online Championships is soon to get underway, with 16 drivers from the Americas fighting for four places…

Gran Turismo Sport 2128 Nov 24 by Andrew Evans
While the finalists from the official 2020 FIA Online Championship season are fighting for their World Finals places right now, there’s still plenty of racing for the rest of us.…

Gran Turismo Sport 579 Nov 23 by Andrew Evans
It’s all about racing cars in this week’s new set of GT Sport Daily Races, as players have a choice between three different types of racing machine. Race A this…