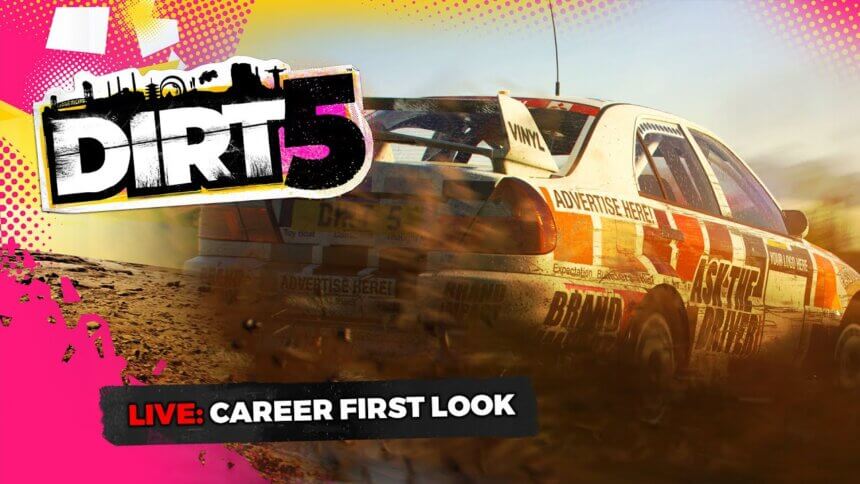 We’ve been hearing plenty about DIRT 5‘s content recently. From cars and car classes to event types, game modes, and locations, it’s seemed like there’s a constant stream of information coming from Codemasters.

However, in among all the facts, there’s one thing that’s gone under the radar recently: the career mode. This was one of the first things revealed about DIRT 5, back in May, but it’s taken a bit of a back seat in the last couple of months.

Codemasters will remedy that today, with a live stream that will get underway at 1600UTC. Chris Groves, the social and community manager for DIRT 5, will be playing through the entire first chapter, along with answering questions from the community. You can tune in and watch along below:

In case you’re not familiar with DIRT 5’s career mode, it’s like this. You’ll take on the role of a relative unknown in the in-game DIRT series, a globe-trotting, multi-discipline, off-road event that makes international stars of its leading lights.

Hopefully your talents will attract the attention of the event’s main man, Alex “AJ” Janicek, who’ll then mentor you through the varied aspects of the series. However Janicek has an apparent feud with fellow driver Bruno Durand, which comes to a head during the game’s narrative. Renowned game voice actors Troy Baker and Nolan North will play the roles of Janicek and Durand respectively.

There’s further famous voices throughout the game too. James Pumphrey and Nolan Sykes, better known as the hosts of the Donut Media YouTube channel, will provide a media backdrop, and guests on their show will include fellow YouTuber SLAPTrain (Peter Jeakins) and reigning W Series champion Jamie Chadwick.

No doubt this playthrough of the first chapter will reveal exactly how this all falls into place.

DIRT 5 25 Apr 2 by Andrew Evans
If you’re after a fun diversion over this long Easter weekend, Codemasters has a nice little gift lined up for you. From now through to April 5, DIRT 5 is…