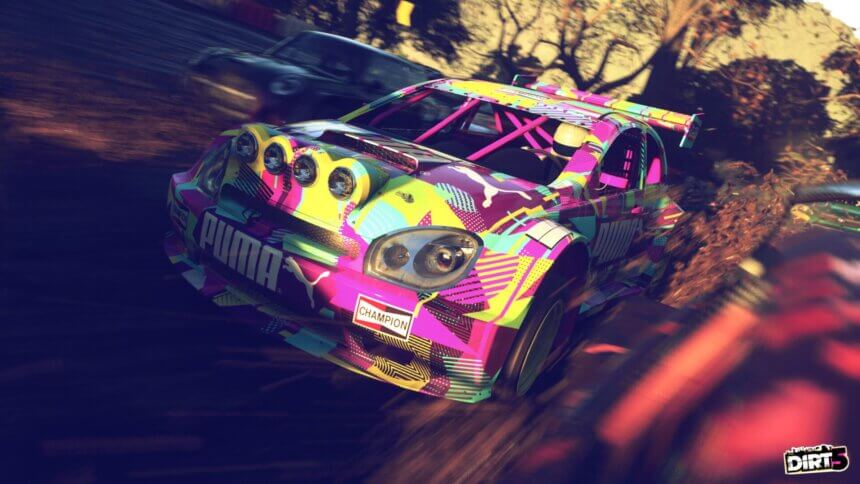 A new major update is coming for DIRT 5 next week, bringing with it some more content for everyone as well as a DLC pack that’s a blast from the series’ past.

Update 4.00 will be free to all players when it lands on March 30, and adds some new material for the game’s Playgrounds mode. A new themed pack called “After Dark Playgrounds” will bring new night-time options for the Italy and Arizona locations — the Cape Town Stadium already has this option — as well as a collection of more than 20 new items and obstacles. There’s some new, brightly colored and lit objects, which includes a disco floor for spin zones in Gymkhana arenas.

You’ll also be able to pick up new rewards for your Playgrounds creations. DIRT 5 will select the best creators in the Playgrounds mode to receive a “Verified Creators” tag in their profile. That’s alongside a new area in player profiles to view statistics like races completed, miles driven, and other details.

In addition, there’s new liveries for four cars in the game, with the BMW M1 Procar, Mitsubishi Lancer Evolution VI, Subaru Impreza S4 rally, and Subaru WRX STI RX Supercar all getting classic rally liveries in all game modes. That includes in the new and much-requested Private Lobby online mode, with up to eight players able to race in custom private race lobbies.

Alongside this comes the Uproar Content Pack. This adds four cars from DIRT’s past, specifically 2012’s DIRT Showdown. Players who pick up the pack will be able to recreate that game with Duke Coupe, Jackson Adventurer, Jackson Eulogy, and Zenden Cup models. The four fictional models slot into the Rally GT, Unlimited, Classic Rally, and Rally Cross classes respectively.

These four machines will feature in a new “Uproar” section of the Career mode, with 25 races all featuring night time conditions — either total darkness or with some of the race in the dark. There’s also two new sponsors to satisfy in Uproar, and new Achievements/Trophies for the pack; the update will also retroactively apply Achievements/Trophies to the Energy Pack, rewarding players who have already met the requirements.

The Uproar Content Pack is included in the Amplified Edition and Year One Upgrade version, and $12.49 (£9.99/€11.49) as a standalone purchase for other players. It arrives on March 30 across PlayStation, Xbox, Steam, and Windows stores, and will come to DIRT 5‘s newest platform — Stadia — a little later in the year.

DIRT 5 DLC
12 Comments Discuss this post in our forums...
Test Your Badge Knowledge With Our Car Logo Quiz 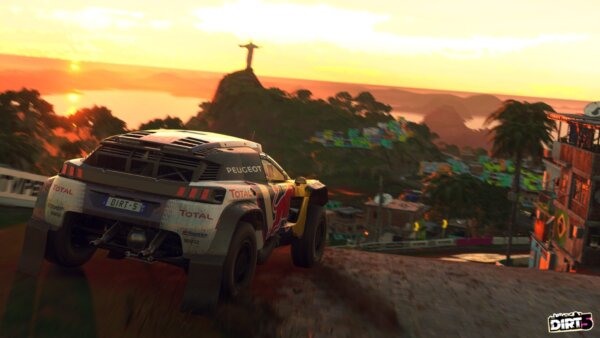 DIRT 5 2 Jun 1 by Andrew Evans
A new update for DIRT 5 lands today, and brings with it an important feature for PlayStation owners: Fanatec peripheral support. Back when the game launched in November 2020, it…

DIRT 5 29 Apr 2 by Andrew Evans
If you’re after a fun diversion over this long Easter weekend, Codemasters has a nice little gift lined up for you. From now through to April 5, DIRT 5 is…