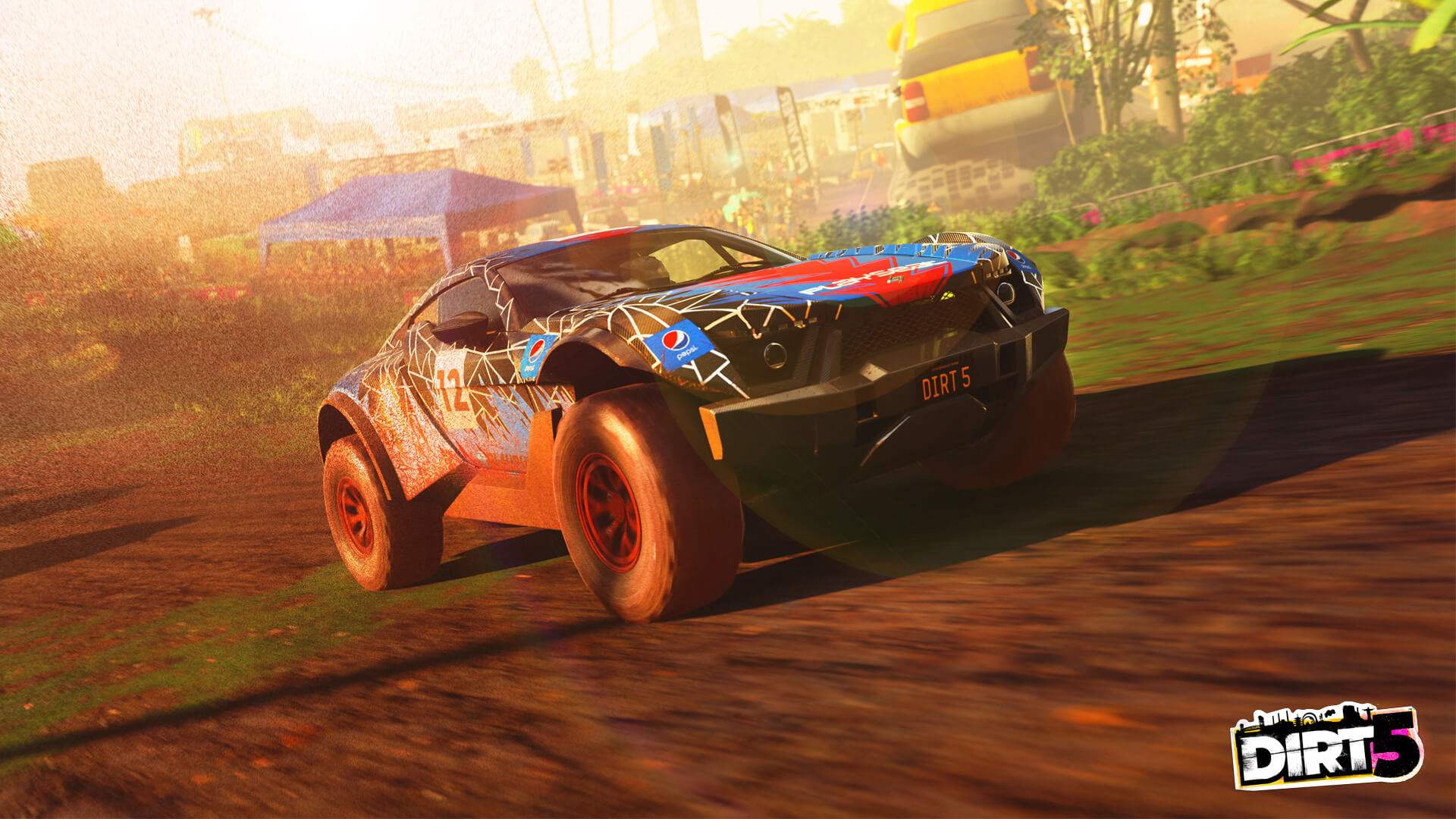 If you’re a fan of the DIRT franchise you’ll need to get your calendar out and fill in this date: October 9. That’s when DIRT 5 officially hits on current-gen PlayStation and Xbox One consoles, Google Stadia, and PC.

Codemasters has confirmed that the latest entry in the DIRT series lands a mere 16 weeks from now. To mark the official release date announcement, it’s also released a new behind-the-scenes video clip featuring some of the voice talent that’ll feature in the game.

In case you’re not familiar, DIRT 5 won’t simply be an off-road racing game. There’s a career mode which takes the player on a journey through a story that the DIRT team has put together. You’ll take on the role of a young talent, new to the DIRT scene and make friends and butt heads with veteran drivers.

There’s two central characters in this story. Alex “AJ” Janicek will take the mantle as your mentor, while Bruno Durand will be… the other guy. Renowned voice actors Troy Baker and Nolan North will play the respective roles, and the clip you’ll see below features some of their thoughts on the game’s narrative.

While you’re taking part in the 130-odd races spread across the five chapters of the story, there’ll be other ever-present voices. The DIRT Podcast by Donut Media will feature in the game, with hosts James Pumphrey and Nolan Sykes — better known as Donut Media — playing roles as themselves. You’ll also get to hear from them in the clip below.

The precise nature of the story is under wraps at the moment, but Olly Johnson, the dialogue producer at Codemasters, comments in the video that “we want you to be motivated to beat Bruno Durand”. Color us intrigued.

PlayStation 5 and Xbox Series X owners will be able to pick DIRT 5 up too, but Codemasters has yet to announce a release date for these versions.

Andrew Evans · Jun 18, 2020· Comments
Rally racing title DIRT 5 will be among the free games available to PlayStation Plus subscribers in January 2022.

Andrew Evans · Jun 18, 2020· 1 Comment
The latest update for DIRT 5 arrives today across PC, PlayStation, and Xbox platforms, bringing some new free content as well as a further DLC pack by the name of “Wild Spirits”.

Andrew Evans · Jun 18, 2020· 4 Comments
The next update to DIRT 5 is just around the corner, and the team at Codemasters is describing it as the game’s “biggest ever”. There’s certainly a slew of new content — some free to all users, some paid — arriving when the update lands on July 20.

Andrew Evans · Jun 18, 2020· Comments
A new update is coming to DIRT 5 this week, bringing new features and new content to all players, including cross-platform play

Andrew Evans · Jun 18, 2020· Comments
If you’re after a fun diversion over this long Easter weekend, Codemasters has a nice little gift lined up for you. From now through to April 5, DIRT 5 is free for everyone on PlayStation 4.

Andrew Evans · Jun 18, 2020· Comments
A new major update is coming for DIRT 5 next week, bringing with it some more content for everyone as well as a DLC pack that’s a blast from the series’ past.

Andrew Evans · Jun 18, 2020· Comments
There’s a new update coming for DIRT 5 next week, bringing along the latest paid DLC pack and some new content for all players to enjoy for free.

Andrew Evans · Jun 18, 2020· Comments
Since DIRT 5 launched in November, things have been a little quiet on the post-launch goodies front. Although Codemasters has been hard at work fixing some of the game’s issues, and adding wheel support, there hasn’t really been any new stuff since day one — festive themed “Snow Limits” pack aside.