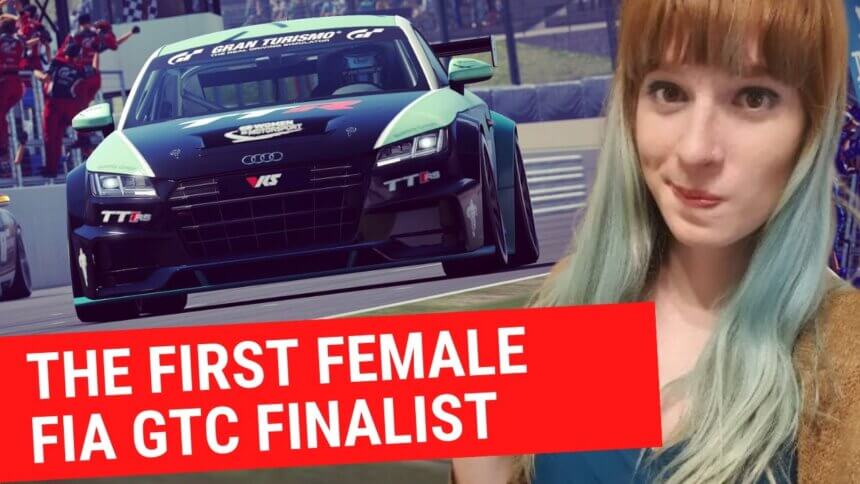 2020 will bring a significant first in Gran Turismo Sport’s Online Championship history: a female finalist. 27-year old Emily Jones, from Melbourne, Australia, will become the first ever female driver to represent their nation at a regional final, but also their manufacturer in the World Final in December.

To mark the occasion, we invited her to chat to GTPlanet about not just being the standard-bearer for female sim-racers, but how she got there, and how she regards her chances.

Jones is already something of a household name in the sim-racing community. She’s been streaming her sim-racing activities for several years on Twitch, and the rather chaotic nature of real-world motorsport this year has helped push her to wider audiences. That’s despite sim-racing, like its counterpart in the physical world, being a male-dominated event — and for no particularly good reason.

In addition to representing Australia in the Asia-Oceania regional final, and Audi in the World Final, Jones has had a busy and competitive summer of sim-racing. She’s even been part of an all-female team in the 24 Hours of Le Mans Virtual, partnering Sophia Floersch, Tatiana Calderon, and Katherine Legge, and has recently returned to V8 Supercar action in the official esports series.

However, Gran Turismo is a new addition to her racing repertoire, and she’s qualified to the finals at what’s essentially her first attempt. In doing so she becomes one of only three women ever to qualify for a live Gran Turismo event, after GTPlanet’s own Faiza Al Kindi, and Elysse Menorca, who qualified for GT Academy in 2013 and 2016 respectively.

You can catch our full interview with Emily below:

We’d like to wish Emily good luck in this weekend’s regional final, and the World Final in December too. There’s a few important time-stamps in the video above, which we’ll list below:

Of course if you want to catch up with Emily’s own live streams, she broadcasts regularly on Twitch: https://www.twitch.tv/emree

Gran Turismo Sport 1070 Jan 11 by Andrew Evans
GT Sport fans have a new set of Daily Races to occupy them over the next seven days, with a couple of old favorites and combinations we’ve not seen in…

Gran Turismo Sport 1070 Dec 28, 2020 by Andrew Evans
The last set of GT Sport Daily Races for this year is heading to the real world, and taking players to some of the game’s destinations around the globe. Race…