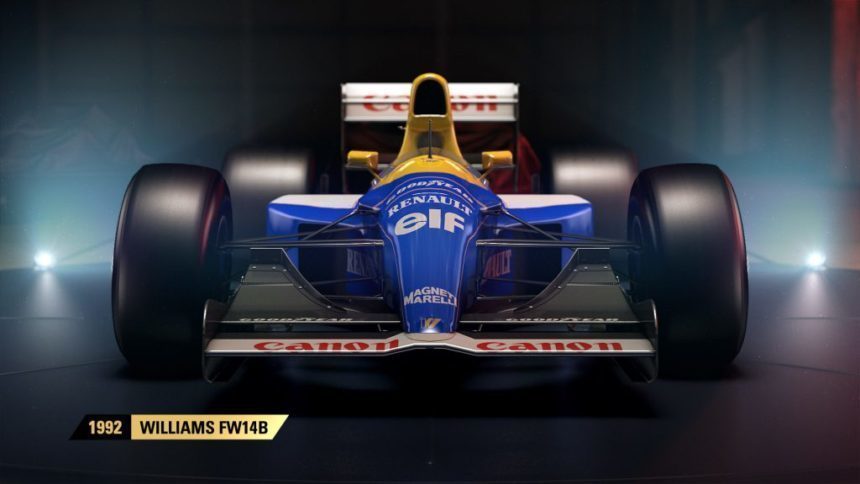 The new game announcements continue! Codemasters has pulled the sheet back on F1 2017, and it promises to be another step forward for the franchise.

The big news is the return of classic cars, a feature last seen four years ago. Codemasters has confirmed that F1 2017 will contain a dozen classics from the last 30 years of the sport. Three of these machines have already been confirmed: the 2002 Ferrari F2002, 1992 Williams FW14B, and the 1988 McLaren MP4/4.

The McLaren will be a pre-order bonus car, as well as a part of the “Day One” edition of F1 2017. However, Codemasters has already stated the car will be purchasable post-release for those looking to nab the legendary car. The other eleven classics will be available in all versions of the game.

Codemasters Creative Director Lee Mather explains how integral the classics will be:

“As part of your career you will be invited to race in modern day, invitational events in the different classic F1 cars throughout the season. We’re also adding to the variety in F1 2017 with the inclusion of four alternative circuit layouts, as well as numerous new gameplay types. The classic cars will also be available to play in a range of other game modes, including online multiplayer modes and time trial.”

In addition to the vintage racers, F1 2017 will introduce a new “Championships” game mode. So far, Codemasters is mum on the subject, but expect more details in the run-up to release. Mather also mentions the team will be including four alternative track layouts — start the speculation on which tracks will benefit. Finally, expect the usual round of detail changes to the physics engine, as well as upgrades to the multiplayer modes.

Formula One fans won’t have to wait long for F1 2017. The game launches worldwide August 25 on PlayStation 4, Xbox One, and PC (via Steam).

CodemastersPC GamingPlayStation 4steamXbox One
315 Comments Discuss this post in our forums...
F1 2020 Review: A Winning Formula

F1 2020 14 Jun 5 by Andrew Evans
F1 2020 will be with us next month. We’ve seen plenty of the game in action, with previews of the new Circuit Zandvoort and Hanoi Street Circuit tracks, but Codemasters…