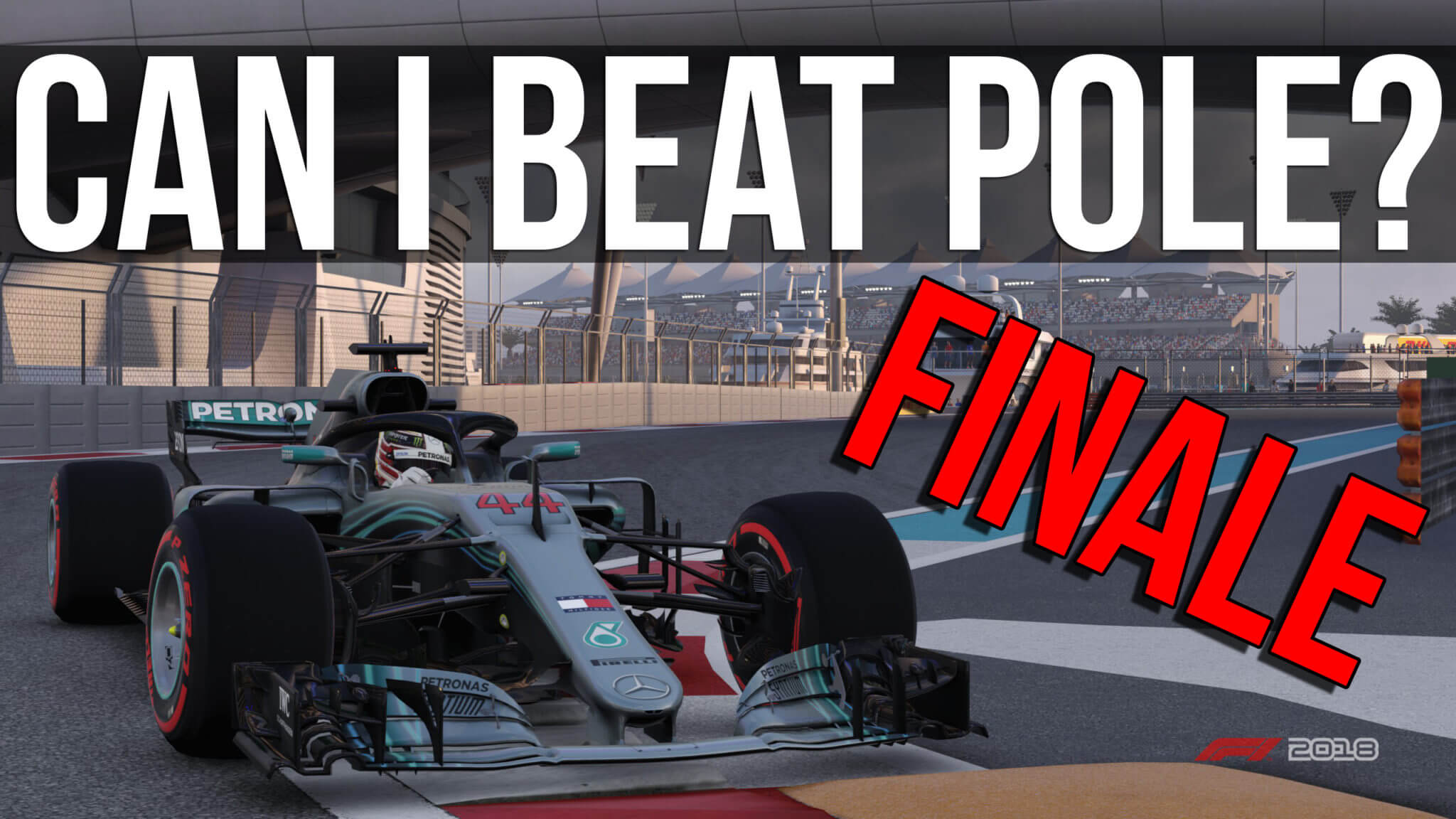 There we have it, yet another Formula One season in the books and yet another demonstration of why Lewis Hamilton is the champion. Whether you like him or not, the man is undoubtedly one of the very best we’ve ever had in Formula One.

With four wins and four pole positions at Yas Marina, it’s a track that suits the five-time world champion. With that in mind, it wasn’t a huge surprise that I would be taking on #blessed in the F1 2018 Pole Lap season finale.

I can’t pretend; I really don’t like this track. It’s the epitome of a modern F1 circuit: sprawling run-off, seemingly endless amounts of tight corners and long straights. It’s excruciatingly difficult to find a rhythm. Despite my dislike for the layout, the venue itself is undeniably spectacular. The waterside, the night lights, the hotel — it’s all rather majestic.

I mentioned the difficulty of finding a rhythm around here. Why is that, you ask? Turns 5 through 13 demonstrate a lot of the problem. For the most part, that section features tight turns that turn back on themselves immediately. Add in nasty little curbs that unsettle the car and, well, there’s little driving joy to be had. It’s fiddly, narrow and clumsy.

Outside of that section, the rest of the circuit is OK. At least it felt like I was driving a Formula One car through the rest of the lap. The first sector stands out with decently fast corners, even allowing a bit of movement at the rear. Any time you feel the rear start to slide at high speed, even a tiny bit, it’s hard not to get a little excited!

That leads me into some comments about the driving physics in F1 2018. Between this series and my 100% Career Mode, I’ve really got to know the driving physics. There is no doubt that Codemasters has made some big leaps forward, for which they deserve credit. However, with that forward motion, it leaves the spotlight firmly shining on the shortfalls.

As with a lot of titles that aim to be “sim-lite”, things start to feel a little off once you push things to the limit. While it’s not as dramatic as in F1 2017, the rear of the car still slides an unnatural amount. Indeed, the faster setups rely on making use of that slip.

With modern F1 cars being the downforce monsters they are, along with highly sensitive tyres, it just feels wrong. In reality, if you were sliding this amount in cars like this, you’d be in a wall. It feels like Codemasters is at a crossroads; does it push further in the full-sim direction? Or does it back off that direction a little? I know what I would vote for, but would that push it too far into the niche, sim-racing market?

Despite my misgivings about the handling, I very much enjoy the game for what it is — an immersive F1 experience. In fact, it’s games like this that make me long for more titles that are complete packages. For titles that really immerse you in the world a particular series.

Anyway, I hope you enjoyed both this and the pole position series. Once the F1 season returns in the new year, I’m sure this series will be back with it. I look forward to trying to get the best of #blessed once again!

Kyle Patrick · Dec 9, 2018· Comments
The official esport championship of the world’s most popular motorsport is back for a third season. Formula One has announced the F1 New Balance Esports Series will begin next Monday, April 8.

Andrew Evans · Dec 9, 2018· Comments
The nine official F1 Esports teams are returning back to the Gfinity Esports Arena in London this evening, for the second live event in the series.

Michael Leary · Dec 9, 2018· Comments
Codemasters continues to keep F1 2018 up to speed with a new update, dubbed 1.12. Now available on all platforms, the latest update resolves a few issues for this year’s F1 racer. The eagle eyed will notice the latest patch skips over a 1.11 update — worry not as the two have rolled into one.

Kyle Patrick · Dec 9, 2018· Comments
One of the best racing games to touch down this year is enjoying a massive discount barely over a month after launch. But you’ll have to act fast.

Michael Leary · Dec 9, 2018· Comments
Codemasters is back with another update for this year’s F1 racer, known as 1.09. PC players were first in line to take advantage of the latest changes, but the update is now available on all platforms.

Michael Leary · Dec 9, 2018· Comments
F1 2018 kicked off the upcoming season of racing games to rave reviews. While the wheels continue to spin, Codemasters has released the game’s latest update, dubbed 1.05.