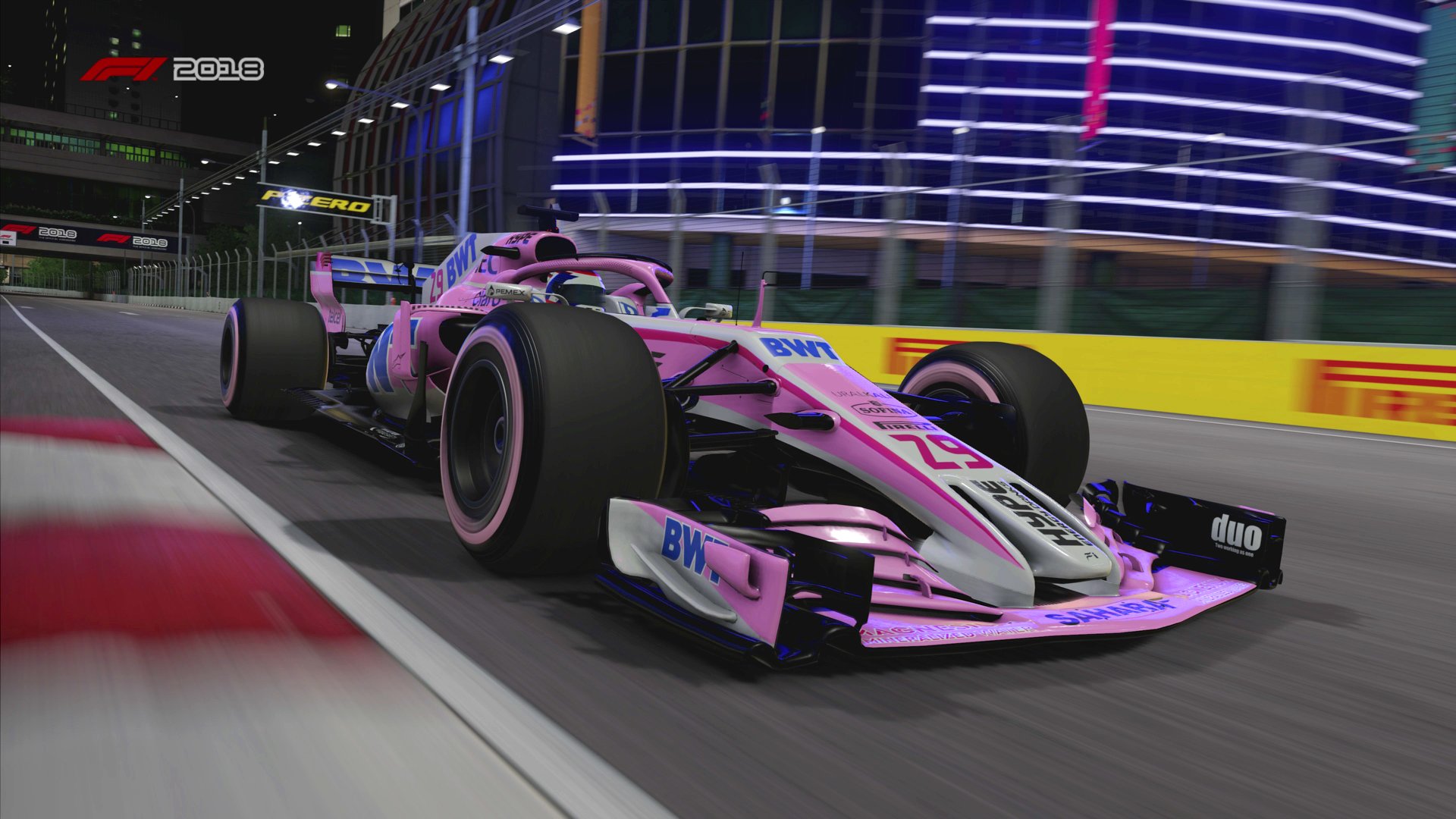 The good news continues, as it wasn’t just one territory where the franchise won out. According to a Codies press release, the game hit number one in eleven countries: the UK, Germany, France, Italy, Spain, Austria, Switzerland, Belgium, Holland, Denmark and Finland.

For the UK in particular, we can check the rankings ourselves courtesy of GfK Chart-Track. F1 2018 launched on Friday August 24, but still managed to claim the top step for a sales week ending the day after. The next week saw the release of perennial favorite Pro Evolution Soccer, but the footie title couldn’t topple the racing game.

“We are delighted with the success of F1 2018. It reflects the hard work and dedication of everyone at Codemasters, and growing interest in the world’s most popular motorsport. The first week chart positions were strong and the latest data available shows that we have held the number one position in at least two of our biggest territories, UK and Germany. We look forward to hearing the news from all the others. The F1 Esports Pro Series, which includes the real world F1 teams for the first time, will be played on F1 2018 and this will be an incredible showcase for the game.”

We’re always happy to see racing games doing well on the charts. The latest Formula One game is certainly deserving: we rated it very highly in our own GTPlanet F1 2018 review. It’s also good to see it isn’t alone: The Crew 2, Forza Motorsport 7, and Gran Turismo Sport all make appearances on the two weeks of GfK charts F1 2018 tops.