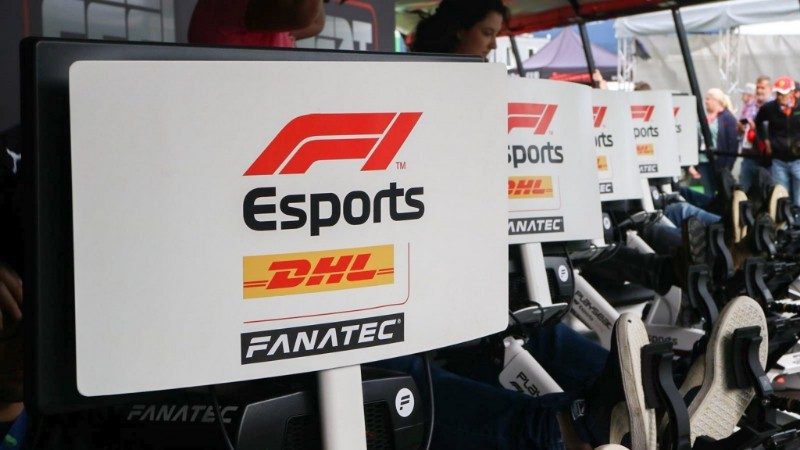 The company has signed a five-year deal with Formula 1 and, as of last weekend’s Austrian Grand Prix, becomes the official supplier of racing steering wheels and pedals to F1 Esports.

Those of you present at Spielberg will have spotted the Fanatec equipment in the Fanzone. This will extend to all 12 of the remaining races in the F1 World Championship, with Fanatec wheels and pedals in all of the race pods.

Fanatec will make its official debut as sponsor of the F1 Esports Series on Monday during the Pro Draft event. This event, held at the Gfinity Esports Arena, will see the nine F1 teams participating in the series selecting drivers from the top 40 worldwide for their esports teams.

“We are thrilled that the most popular motorsport series in the world is heavily investing into esports and will bring sim racing to a new level. Among all esports categories, racing is the only one which actually allows gamers to become better drivers in real life and perhaps even start a motorsport career. The Fanatec racing wheels developed for F1 Esports combine outstanding realism as well as the performance you need to compete with the best sim racers in the world.”

“If there’s one sport where simulators really give fans a taste of the real thing, then it’s Formula 1. Therefore it is vital to offer our fans a driving experience that is as realistic as possible and so we need partners who are at the cutting edge of technology and who are world leaders in their field: Fanatec is a perfect fit with this premise.”

2018 F1 Esports ChampionshipFanatec
2 Comments Discuss this post in our forums...
Test Your Badge Knowledge With Our Car Logo Quiz

Hardware 88 Jun 14 by Andrew Evans
After teasing us for much of the past month, Thrustmaster’s new wheel has broken cover — though not exactly how Thrustmaster planned it. According to numerous online store listings the…

Gran Turismo Sport 565 Jun 14 by Andrew Evans
The latest round of Gran Turismo Sport Daily Races has arrived and this week players will be heading to two of the world’s most famous racing circuits, and a staple…