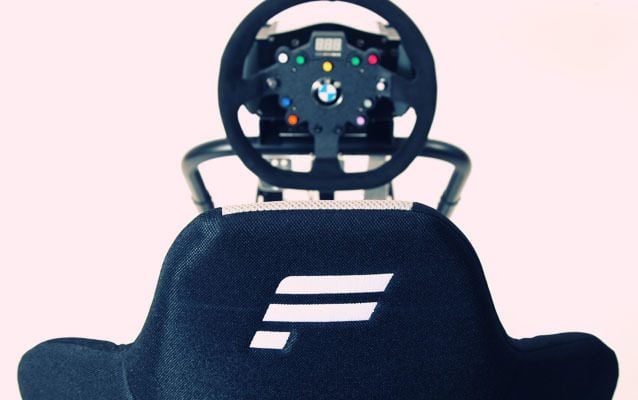 Fanatec CEO Thomas Jackermeier took to the official forums to confirm the wheel’s existence and tease the features it will have. We’ve known for quite a while the DD wheel would be coming but now we have concrete evidence on what the team has been working on.

Surprisingly, there will be more than one wheel base, each featuring a different maximum torque output. The most basic of these models will still outclass the ClubSport range, bringing a more hardcore level of authenticity long-term. In addition, current Fanatec wheel rims will be supported by these new wheel bases.

To fully tap into the potential of direct drive, Fanatec will use custom motors. This decision gives the wheel a level of power tailor-made for sim racing. In addition, the range will also incorporate pedals, shifters and handbrakes further down the line.

In terms of compatibility, the range will initially support Xbox One and PC. PS4 players will have to wait for the next iteration of the range. As with any Fanatec peripheral, the DD offering will be plug and play with no external wiring required.

As reported earlier in the year, the first product will be aiming for a 2017 release in Q4. Pricing details are not available at this time but the range will cover a wide range of price points for players. Before that though, the direct drive base will debut at Sim Racing Expo in September.

Fanatec’s confirmation of the DD range means it joins Thrustmaster in embracing the technology. Details are still slim for both companies but one thing is clear, direct drive looks to be the future for sim racers. The higher torque output will certainly improve the driving experience and we can’t wait to try it ourselves.

Andrew Evans · Jun 5, 2017· Comments
Serious sim racing can be an expensive business. Sim racing kit will set you back hundreds of dollars — or more — and that’s without considering a sturdy place to mount it.

Andrew Evans · Jun 5, 2017· Comments
After more than a year of waiting, Thrustmaster has finally revealed its new Direct Drive wheel: the T818.

Andrew Evans · Jun 5, 2017· Comments
If you’ve been waiting to get your hands on the official wheel of Gran Turismo 7, the Fanatec Gran Turismo DD Pro, now might be your chance as Fanatec is once again carrying stock — but you’ll need to be quick.

Jordan Greer · Jun 5, 2017· Comments
Logitech has just revealed the G PRO Racing Wheel, and it’s a product I never thought it would actually make. The company has a long history of producing reliable, entry-level sim-racing hardware, but it has always ceded the higher-end of the market to companies like Thrustmaster and Fanatec. With this new direct-drive wheel, all of that changes in a pretty big way.

Andrew Evans · Jun 5, 2017· Comments
In a surprise shot across the bows of high-end driving wheel manufacturers, Logitech has announced its new direct-drive G PRO wheel — and it will be available from today, for both Xbox and PlayStation.

Andrew Evans · Jun 5, 2017· Comments
After a brief tease earlier in the year, Thrustmaster has announced it will be revealing its first ever direct drive steering wheel base on November 17.

Michael Leary · Jun 5, 2017· Comments
If you’ve been waiting for an official “pro” controller from Sony, today’s your day. Sony has revealed the “ultra-customizable” DualSense Edge at Gamescom Opening Night for the PlayStation 5.