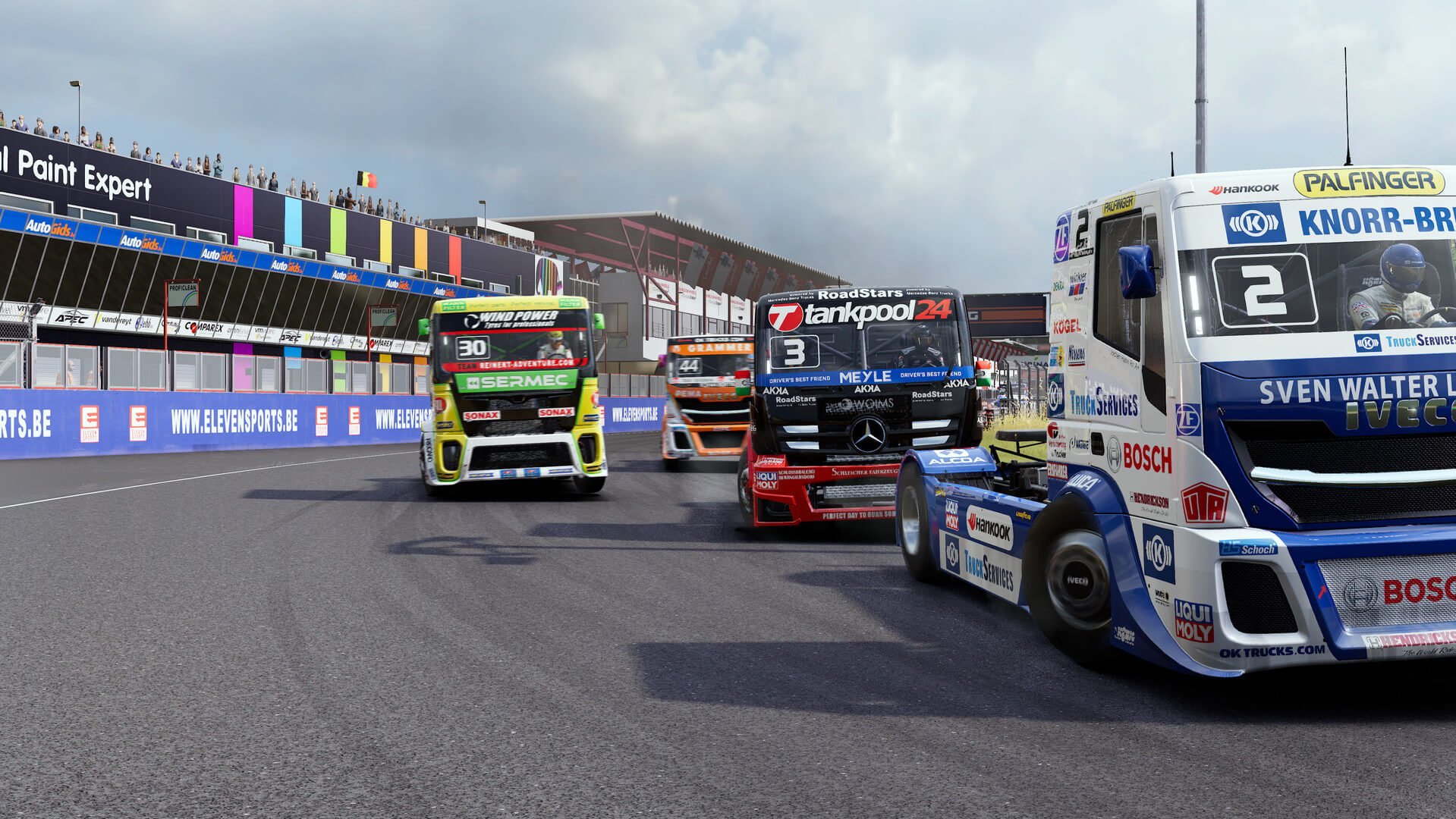 Kylotonn has shown off the first in-game footage of its new FIA European Truck Racing Championship. In it, racers can check out the big rigs as they rumble through Italy’s Misano circuit.

The video puts viewers in the driver’s seat of Jochen Hahn, the five-time (including 2018) FIA ETRC champion. It’s a timely choice, as the 2019 season just kicked off at Misano this past weekend.

The 1200hp Iveco makes for a very far-flung third-person camera perspective, and that’s only the first of a few key differences sim racers will find with FIA ETRC.

You probably noticed the second dial in this view. As part of the initial announcement last month, Kylotonn detailed how drivers will have to manage their brake temperatures over the course of a lap. Slowing down a hard-charging 11,000lb truck requires a lot of energy, and ETRC drivers have to spray water on them. Players will also have to do this manually, which will add another layer of strategy to the short sprint races.

Details are still scarce on exactly what sort of content the game will contain. However, as it will be the official title of the actual series, we’re banking on seeing, at the very least, the entire 2019 season lineup of drivers, teams, and tracks. That includes Misano, Nürburgring, Le Mans (Bugatti, not the 24H layout), and lesser-known circuits like Slovakia Ring and Most (which popped up in RaceRoom recently).

Andrew Evans · May 27, 2019· Comments
An announcement on the PlayStation Blog Japan has revealed that Gran Turismo 7 will be one of the games available in a special PlayStation VR2 event in Tokyo next month.

Andrew Evans · May 27, 2019· Comments
Winter Bash, the fourth and final planned expansion for GRID Legends, is now available to players on PC, PlayStation 4/5, and Xbox One/Series.

Gary Slater · May 27, 2019· Comments
January may be in the closing stretches, but Winter has returned for another round in Forza Horizon 4. Through the blizzards and the snow drifts, everyone at the UK festival continues to battle through the elements in order to seek out the latest events.

Andrew Evans · May 27, 2019· Comments
Playground Games has previewed the next Series of Forza Horizon 5 — Japanese Automotive — in its latest Let’s Go stream, revealing what people will be doing, building, and winning when it gets underway on February 2.

Michael Leary · May 27, 2019· Comments
Although Playground Games has yet to announce the Forza Horizon 5 Series 17 update, it’s already confirmed that Series 18 will feature a tribute to the late Ken Block.

Andrew Evans · May 27, 2019· Comments
Quirky rally title art of rally is now available as a physical, boxed title for PlayStation 4, PlayStation 5, and Nintendo Switch owners, with some cool bonuses for buyers of either the base version or Collector’s Edition.