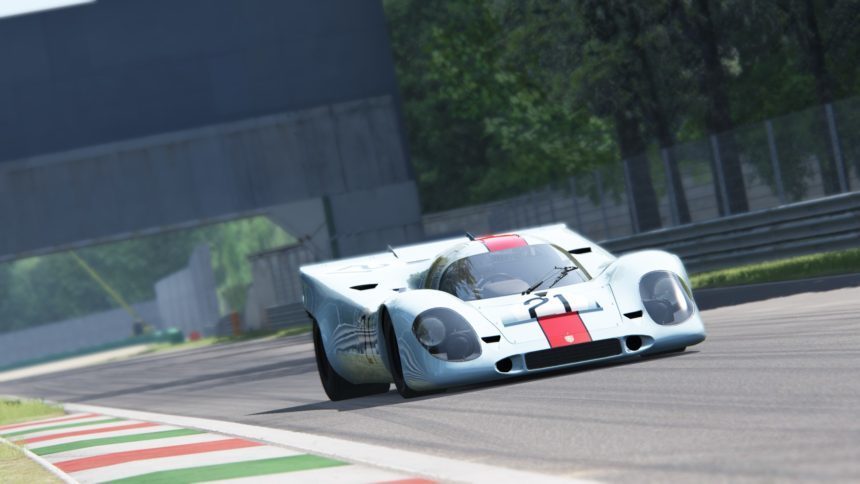 It’s as they say: all good things must come to an end. After several days of teasing, PC players now have access to the third and final Porsche Pack for Assetto Corsa. Arriving alongside today’s finale is update 1.11 for the game, bringing with it an all-new Championship gameplay mode in addition to the following vehicles from the Stuttgart manufacturer:

The fun doesn’t end there, all players will be able to enjoy the company of the Macan Turbo luxury crossover in-game, at no additional cost. The bad news of course is the absence of 2017’s mid-engine 911 RSR which has been delayed until January, and in its place is the 205 mph 911 Turbo S – a suitable replacement all things considered.

While no release date for the Porsche Pack finale is within sight for console racers, they’ll have their hands full at the beginning of the new year with the 16 new-to-console cars coming from the Red Pack and Porsche Pack 2.

Among the many improvements of today’s 1.11 update, lies the new Championship gameplay feature. Players will be able to create their own championship, outlining the cars used, tracks, number of laps, points, rules, and compete against the AI.

Is this the end of all things Porsche in Assetto Corsa? With the licensing deal between EA and Porsche coming to an end, the safe bet suggests this isn’t the last we’ll see of the German marque in the game.

Porsche Pack 3 is now available on Steam for $6.99 USD. The full change log can be found below the gallery.