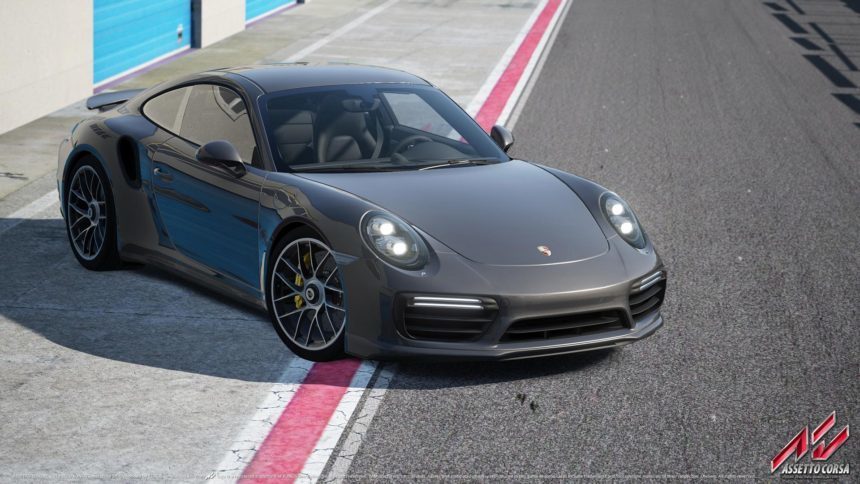 With the release of the third Porsche Pack only days away, Kunos have made an announcement on the official Assetto Corsa Twitter page regarding one of the cars set to be included in this month’s pack: the 2017 911 RSR.

Next year’s racing machine is an entirely different beast when compared to previous efforts, placing the 4.0-liter flat-six powerplant in front of the rear axle instead of behind it. You read that correctly, the 2017 racer ditches the iconic rear-engine layout and will instead favor a mid-mounted configuration.

As a result of the stark differences between next year’s racer and previous efforts, the RSR will not release as a part of the third Porsche Pack next week, citing that more time is needed to ensure the best possible experience from the car. Not all is lost though as the mid-mounted machine will arrive in the game this January as a free upgrade to the third pack.

However, as an apology for the delay Kunos have opted to share another vehicle from Porsche’s elite stable in the meantime.

Since the original announcement of Porsche coming to Assetto Corsa, followed by Steam outing the contents of the second and third packs, fans have expressed their disappointment with the absence of one particular model, the 580 horsepower 911 Turbo S. Announced today, the 911 Turbo S will now be included in the third and final Porsche Pack — no doubt taking the place of the absent RSR.

While unfortunate, there is another way to view things: the 2017 RSR will make its track day debut at the Rolex 24 at Daytona in January, and with things looking to kick off on the right foot for the new year in Assetto Corsa, players are likely to christen the new machine on the virtual track almost simultaneously.

For those looking to read the original announcement in its entirety, head on over to the Assetto Corsa Twitter page. Porsche Pack 3 releases next week, December 20 for PC players, with no currently announced timeline for the release of the remaining two packs for console racers.

Assetto Corsa DLCPorsche
41 Comments Discuss this post in our forums...
Test Your Badge Knowledge With Our Car Logo Quiz