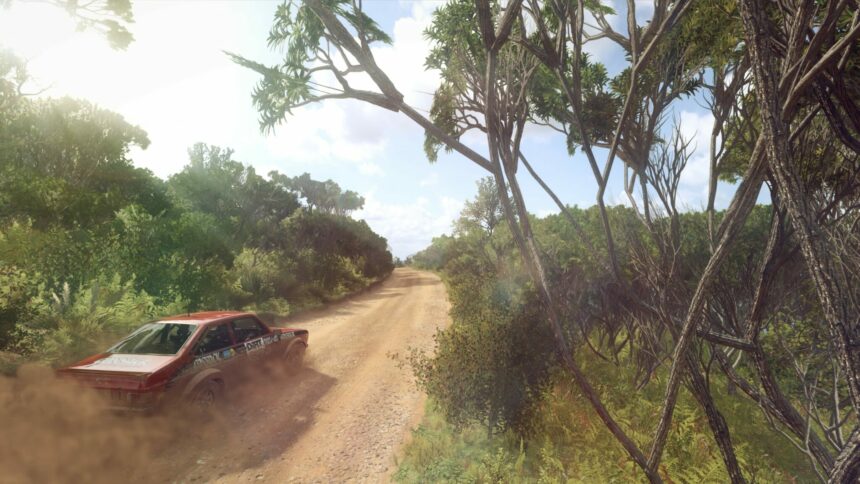 Five Things That Need to Be Better in Dirt Rally 2.0

First things first – DiRT Rally 2.0 has jumped forward leaps in bounds in areas that I’ve outlined in my previous articles. With my sim background, it’s clear to see the vast improvement in the driving experience. However, as with any game, it’s not all sunshine and roses.

As per usual, my focus is on the rally portion of the game. Now, without any further ado, let’s crack on!

As some of you have read, I’ve raved about the loose surface improvements over DiRT Rally. Unfortunately, I can’t say the same about tarmac. For whatever reason, rally sims seem to struggle to make the sealed surface experience as good as the loose.

While the general behaviour of the car is better in DR 2.0, it suffers from similar issues to the first game. The car still feels like it’s floating over the tarmac, with little feeling of the rubber biting into the road. In fact, it feels similar to the gravel experience, just with the grip turned up.

I know what some of you are thinking. I’m aware that a tarmac rally stage is vastly different from driving on a closed circuit. Even taking the dirtier level of a rally stage into account, it’s still far from where it needs to be.

With the news that Monte Carlo and Germany will be added in the first DLC season, it will mean a third of the rally events will be tarmac or have large tarmac sections. Codemasters desperately need to improve this.

Despite the improvements in this area, DiRT Rally 2.0 still doesn’t go far enough. Damage and absolute dread is one reason I have kept going back to Richard Burns Rally over the years. I want to be punished when I make a mistake. I want my car to not run when I run into a tree head-on at 60 MPH.

Even with the so-called “hardcore” damage enabled, it’s inconsistent at best. Even if licensing is holding back some elements of visual damage, it would be fantastic to at least get the mechanical effects of a massive incident.

The driving is hardly an easy experience, with particular cars offering a genuinely scary ride. Actual hardcore damage would only serve to make that experience even more intense and incredible than it already is. You’ve given us the option, now let us feel it, Codemasters.

Career mode does indeed make a return, and it very much returns to its original DiRT Rally experience. In this case, I don’t think it’s a good thing.

The mode is fairly barebones to begin with. You earn credits, upgrade the team, car, buy other cars and so on and so forth. It’s far from new, groundbreaking or particularly engaging. With various team aspects from DiRT 4 not being added to DiRT Rally 2.0, it leaves a mode severely lacking in depth. However, that isn’t the worst of it.

Codemasters made the baffling decision to not include the difficulty slider in the career. Instead, you are forced to go through several hours of smashing AI opponents by dozens of seconds while you move up the difficulty levels.

I get it, they were trying to make it so you progress through the ranks before you get up to the top level. However, to more seasoned drivers, this does not make for an engaging gameplay experience. It feels like a grind, rather than progression.

While the difficulty slider would go against the progression system, it would be more fun than griding through events that are far too easy. Grinding is not a fun gameplay mechanic.

The Codemasters team have created some of the most stunning stages seen in any rally game. The care and attention to detail is evident immediately. They truly are works of art from start to finish. The variety in each country is outstanding. Each one truly feels like a unique place, providing a unique challenge to the driver.

Unfortunately, despite the brilliance of the design and artwork, there simply isn’t enough unique mileage for each rally. Upon learning that Codemasters were returning to the DiRT Rally method of cutting up two longer stages, I was immediately concerned. Repetition quickly became a problem in DR 1, and that is the case once again.

While modern-day rallying tends to use loops of repeat stages in an event, drivers don’t have access to them all year round. They can’t mercilessly drive a stage into the ground in an evening.

While Monte Carlo, Sweden and Germany will be added with the first DLC, they will be using the stages from the original DiRT Rally. While I’m happy for the extra countries, it will only add to the repetition problem for the many that owned the first game.

I can only imagine the time and effort it would take to create just one longer stage per country. That said, extra stages are the most obvious way to give completely new challenges over DiRT Rally 2‘s lifespan.

OK, I can hear some of you laughing. Admittedly, this, for most, isn’t a gamechanger. There is an element of selfishness to it as well because such a mode makes it much easier to create video thumbnails!

Outside of that YouTuber selfishness, it’s something that has become much more commonplace in driving games. Codemasters even have such a mode in their F1 series, so it’s a little confusing as to why it hasn’t made its way across to the DiRT series.

It may not be game-breaking, but, in its own way, it can enhance the experience. There’s always a spectacular jump, slide or view you wish you could snap. It’s also a further opportunity to engage the community.

But there we have it, there were the five things that I would love to see Codemasters address. They aren’t far away from a truly definitive title, rally or otherwise. I for one will be crossing my fingers that they support DiRT Rally 2.0 in the way it deserves to be.

Codemasters
36 Comments Discuss this post in our forums...
F1 2020 Review: A Winning Formula

DiRT Series 193 May 7 by Andrew Evans
After a debut on the Inside Xbox live stream, Codemasters has now officially announced DIRT 5. It confirms what the publisher was teasing us with earlier in the week: a…