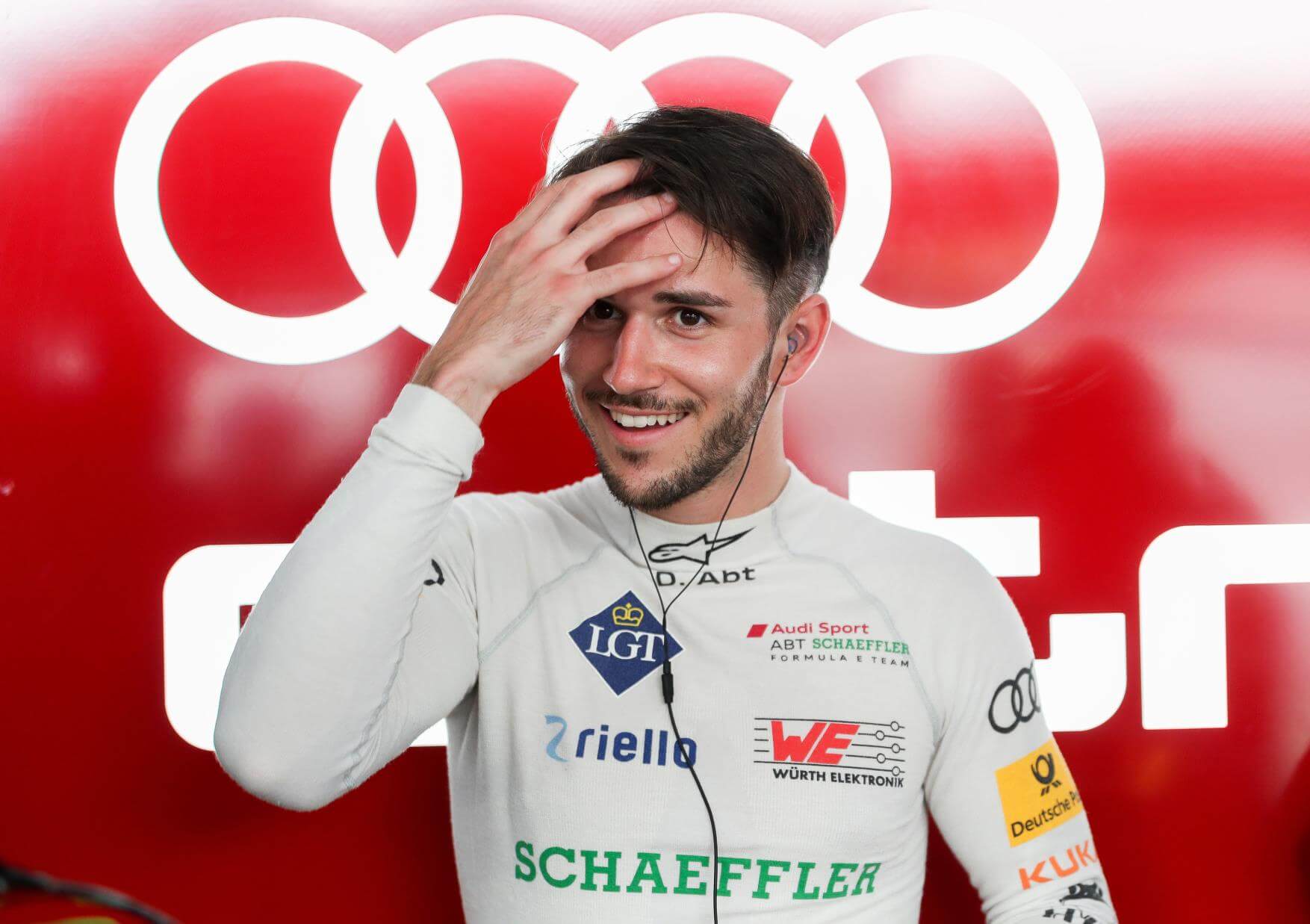 There’s been a few controversial incidents in this year’s esports extravaganza. We’ve seen drivers crashing other drivers, rage quits, and even racism from the pro drivers. This week’s talking point might be the most bizarre yet.

The incident comes from Formula E’s “Race at Home Challenge”, and has seen the organizer ban two drivers — one pro and one sim racer — for “sporting misconduct”. It’s a pretty broad term, but in this instance it refers to one driver pretending to be another.

Formula E’s esports event is actually pretty serious business. It runs two grids, with almost all the pro drivers fro the series in one tournament, and a load of top notch sim racers and other invited drivers in the other, and it’s all in the name of raising money for UNICEF. For the most part, the drivers have treated it with a high level of respect.

That seems to have fallen by the wayside this weekend. Audi Sport’s Daniel Abt apparently decided to swerve the event for some reason, drafting in sim racer Lorenz Hoerzing to take his place.

Rather than telling anyone though, the duo simply chose to pretend that Abt was still racing, and cooked up quite the subterfuge to give that impression — including obscuring the driver’s face on the driver Zoom page shown during the broadcast, and his connection mysteriously dropping before the post-race interviews.

Where it all fell apart was Abt’s sudden new-found pace and driving style. The German hadn’t had the best series to date, with a best qualifying result of ninth and a best race finish of 15th, with no points scored. In the Berlin Tempelhof event however, “Abt” qualified second and actually led the race for the first six laps. The commentary team even brought attention to the stark contrast in driving styles during the race:

“This is something we haven’t seen from Daniel Abt – this sort of technique of sliding the back of the car like all the leading sim racers do; something you would not get away with in Formula E in the real world.”

Pole-sitter Stoffel Vandoorne was quick to point out the disparity after the race too, commenting on the broadcast that he was “questioning if it was really Daniel in the car” — reiterating that on his own stream. Jean-Eric Vergne concurred with this opinion in a very awkward post-race chat with the presenters.

Formula E investigated the claims and found that Hoerzing had raced not only his own Challenge event but in place of Abt during the pro race. Its response was pretty swift and decisive, with both drivers banned from the series and stripped of all points. In addition it fined the pro driver €10,000.

Abt has since issued the following apology:

“I would like to apologize to Formula E, all of the fans, my team and my fellow drivers for having called in outside help during the race on Saturday. I didn’t take it as seriously as I should have. I’m especially sorry about this, because I know how much work has gone into this project on the part of the Formula E organization.

“I am aware that my offense has a bitter aftertaste, but it was never meant with any bad intention. Of course, I accept the disqualification from the race. In addition, I will donate €10,000 to a charitable project.”

Whether there is any further fall out from this incident remains to be seen. We’ll bring you further news as we get it.

Update: Audi Sport has now suspended Daniel Abt from his real-world drive as a result of the incident. As a result it seems likely that the Audi Sport ABT Schaeffler team, run by Abt’s father Hans-Jorgen Abt, will need to find a second driver to partner Lucas di Grassi once racing resumes later in the year.

The full statement from Audi Sport reads as follows:

“Daniel Abt did not drive his car in qualifying and the race at the fifth event of the Race at Home Challenge on May 23 himself, but let a professional Sim-Racer do so. He directly apologized for this on the following day and accepted the disqualification.

“Integrity, transparency and consistent compliance with applicable rules are top priorities for Audi – this applies to all activities the brand is involved in without exception. For this reason, Audi Sport has decided to suspend Daniel Abt with immediate effect.”